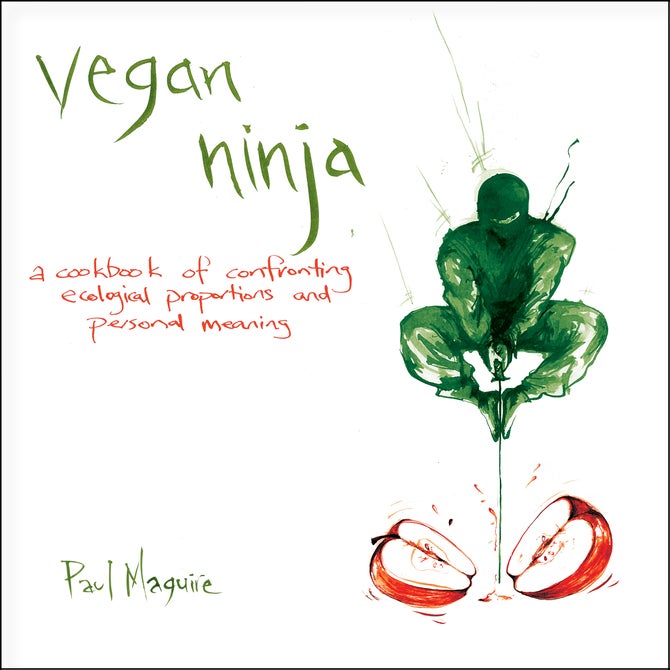 ' ... through the years I’ve been stunned by the number of people who knew so little about being vegan. At times it has felt like existing as a member of a secret sect. Like a ninja . . . ‘

This is no typical cookbook. The author is more a gardener (oniwabanshu) than a cook. Words caught between its covers shed light on what ordinary Australian rural bloke, Paul Maguire, sees as a way of meaningful attachment to life that could help rebuild human self-respect. Being vegan intersects the practical, spiritual, philosophical and our understanding of faith, says Paul. Its kernel is a personal thing.

Veganism though is far from an extreme diet for an austere minority. Yes, it’s about what we eat, and what we don’t, but it’s also a path to significantly reduce our climate change impacts, help address species extinction, chronic human health problems plus food and water shortages for the world’s poorest people.

It’s an achievable alternative to the needless slaughter of animals and destruction of mother earth. In addition to explaining the vegan concept foundations, vegan ninja examines numerous issues, including why humans eat animals, additives in processed food, the bogey vitamin B12 and concludes with almost 90 fabulous recipes that could form the basis of balanced vegan eating habits.