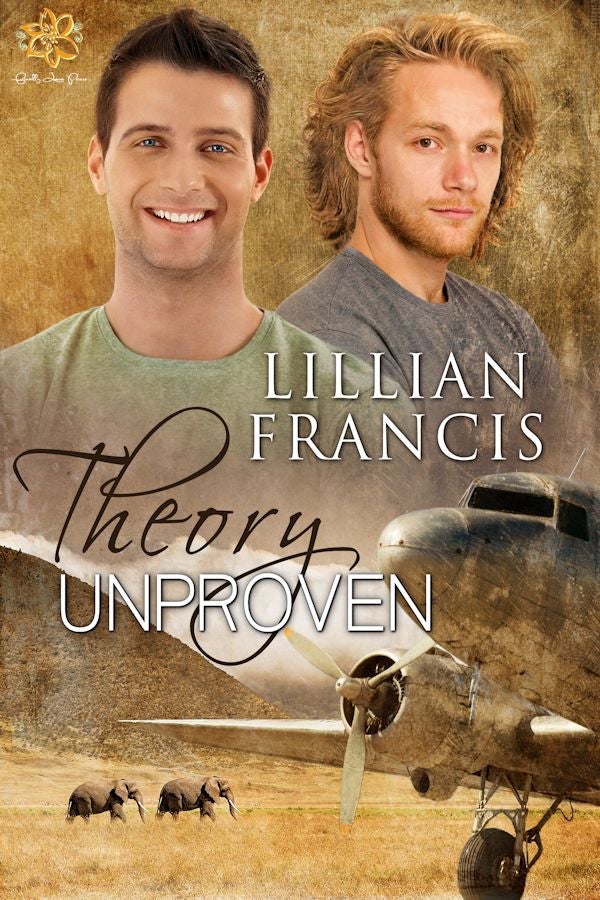 Working with elephants in their natural habitat has always been Eric Phillips dream. Getting what he’s always desired introduces him to Tyaan Bouwer, the bush pilot that flies in his supplies, and Eric discovers the allure of South Africa goes beyond the wildlife and the scenery.

But in an area where bushveld prejudices and hatred bleed across the borders, realising their love will be a hard fought battle. Keeping hold of it might just kill them.

An unexpected job offer finds zoologist Eric Phillips transported from the elephant house at a zoo just outside London to the wildlife reserves in the South African bushveld. Being able to work with his own herd of elephants, and analysing their behaviour, more than makes up for the remote nature of the research station. The one bright spot on the horizon, quite literally if the sun hits it at the right angle, is the silver freight plane that brings his supplies and half an hour in the company of Tyaan, the gorgeous but taciturn pilot.

With wide open spaces and clear skies, Tyaan Bouwer is never be happier than when he’s flying over the bushveld, the landscape beneath him a changing vista of colour and texture. It’s that view and the freedom to be able to climb in his plane and fly that’s kept him in the small town where he was born and raised. South Africa might be a rainbow nation but in the northern regions where neighbouring countries are far from liberal minded, prejudices and hatred bleed across the borders. Tyaan’s not in the closet, not really. Get him to the city and with his strong, silent routine he can pull a guy without even trying. He’s fine with that as long as they don’t press him into trying to see them again. It’s not like he wants a relationship. And just maybe when he gets home he’s hovering in the doorway of that closet, but he’s never met anyone worth taking the risk for.

The day he’s sent to Limpopo to collect Eric that all changes. He tries to bury the feelings of want that Eric conjures in him, but he can’t resist the bonds of friendship that forms between them.

As a zoologist Eric likes to think that he’s adept at anticipating how a creature will react in any given situation, and they don’t come any more beautiful and skittish than Tyaan. Despite Tyaan’s jittery behaviour Eric has a theory they could be good together but when things go catastrophically wrong it appears their relationship will remain a theory unproven.