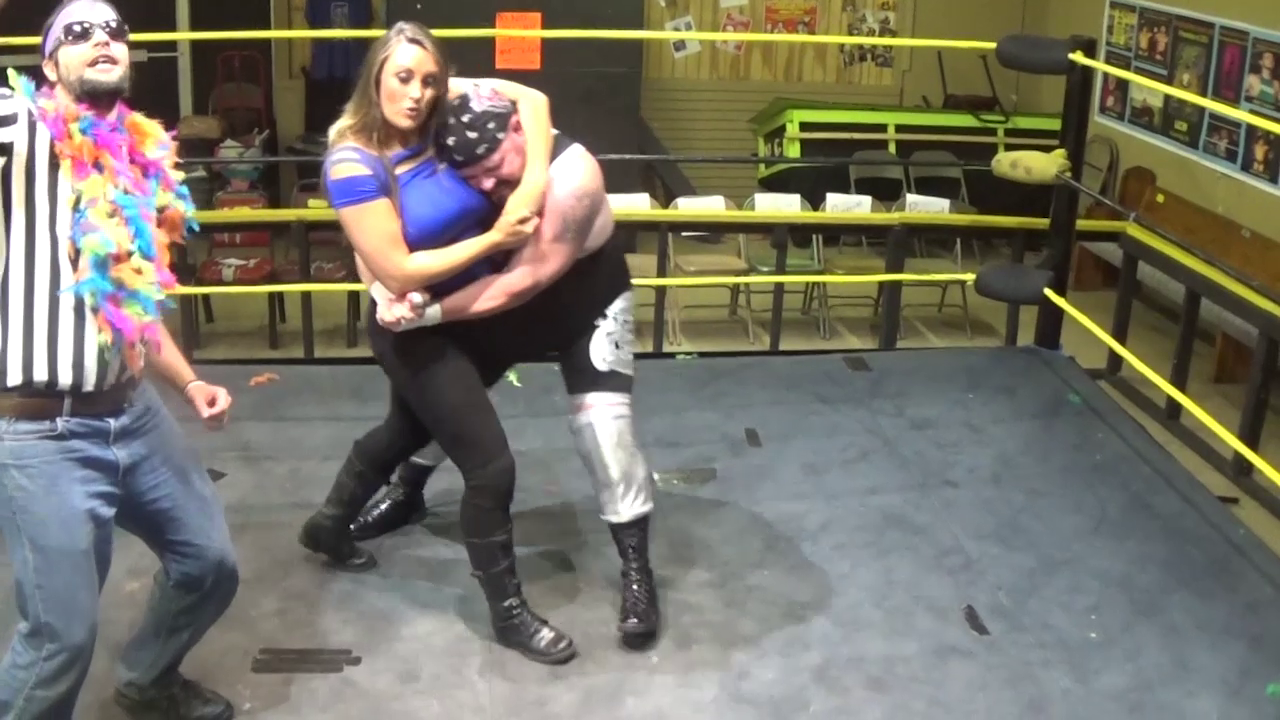 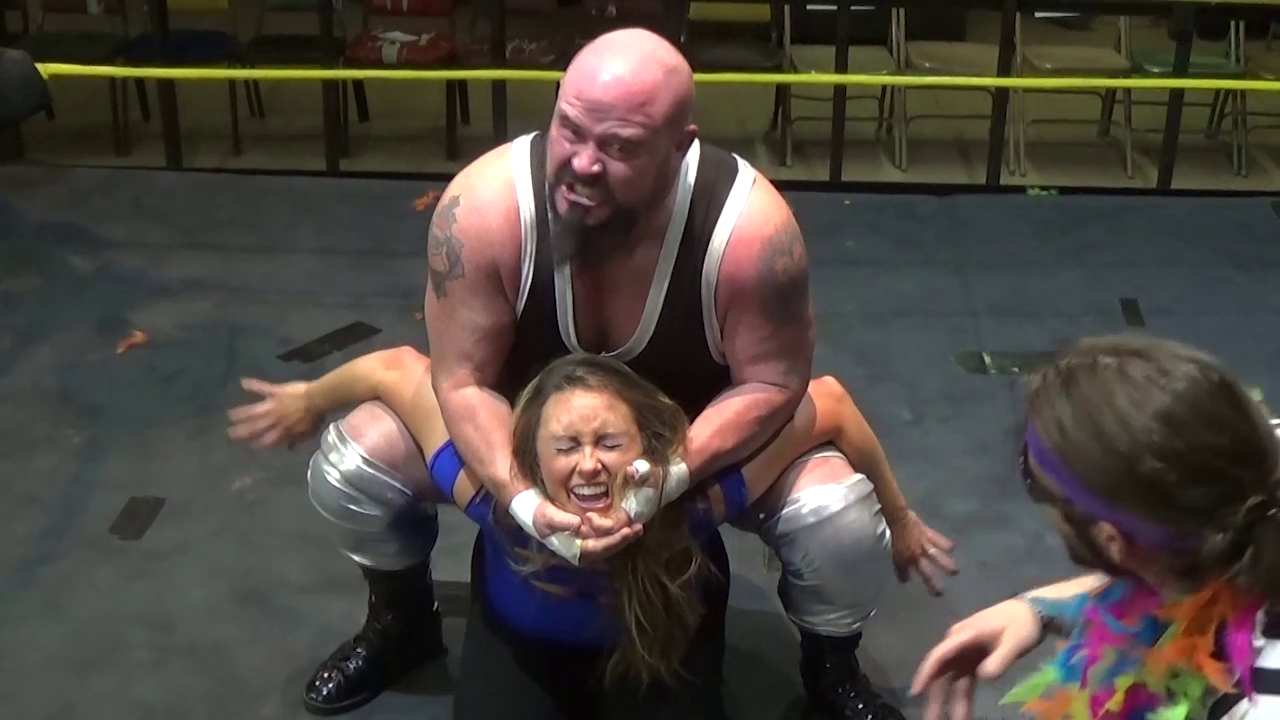 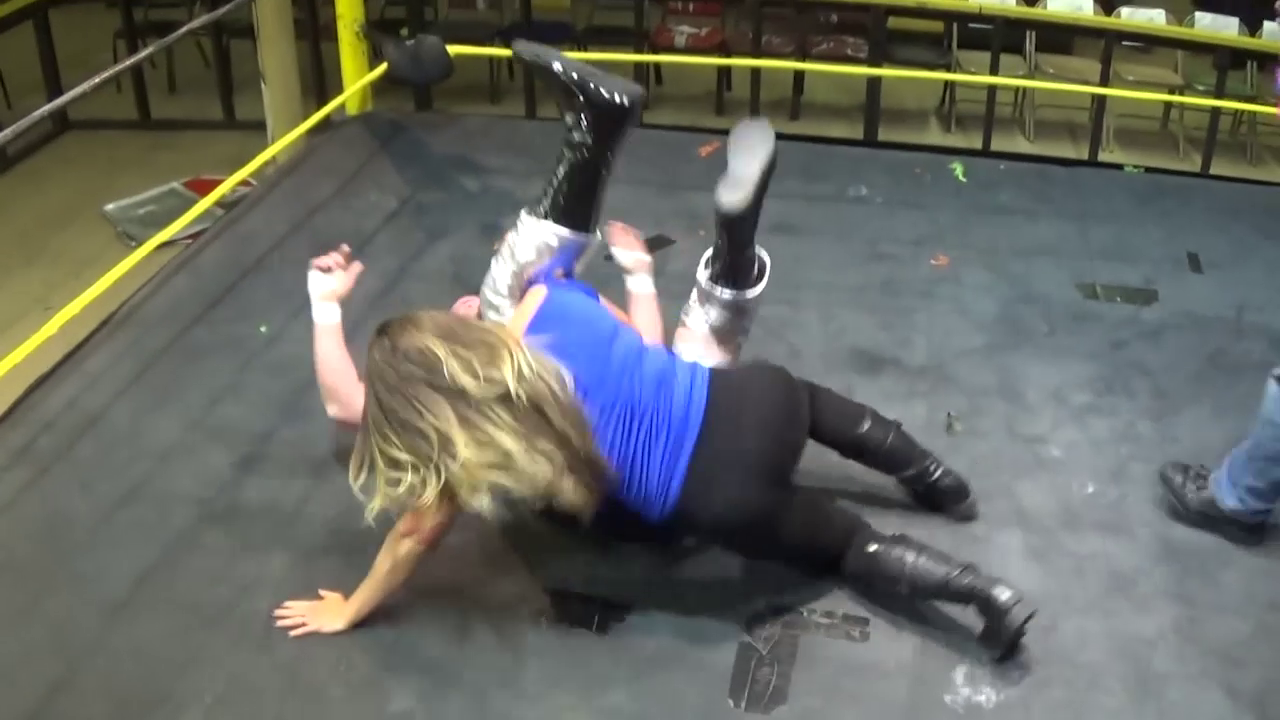 Veronica Fairchild takes on the wild and crazy Mad Dog, or as Veronica refers to him “Sad Puppy”, in an Old School Mixed Match, as the slowly becoming infamous Macho Man Randy Savage lookalike once again makes an appearance to oversee it as referee, in “Veronica Fights An Angry Dog”!

Mad Dog is full of fire as one might expect with his name being what it is, believing Veronica is gonna be a victim when this match is over, that he’s gonna spank her “hiney” when he’s done with her, and he even has her questioning a bit whether the Macho Man is in his corner with how he talks him up, despite having referred to her as soon to be victorious in the intro! But no matter what the case is, she’s primed and ready to whip his ass, shut his mouth and send him back to the little dog house from which he came!

It won’t come exactly easy for her though, as Mad Dog’s bite is just as good as his bark is! He attacks Veronica quite viciously throughout the match, pulling at her hair, Fishhooking her and Choking her, although Veronica gives it right back in turn, namely grabbing at and trying to do harm to his beard, making him scream b l o o d y murder in the process! It’s a pretty intense contest this one, and neither wrestler wants to take a loss!

And in point of fact to that end, it takes a mistake by one of these two that causes their demise and defeat, a defeat that is only made worse, when the winner attacks just a little more after the fact simply for the fun of doing it! Who is left on the mat in a heap, beaten and humiliated? Can Veronica neuter the Mad Dog?

A bitterly fought mixed matchup that is given a unique flavor to it, what with the Mad Dog and his attitude and the antics of our favorite Macho Man ref! It’s one of our more interesting bouts to be sure!