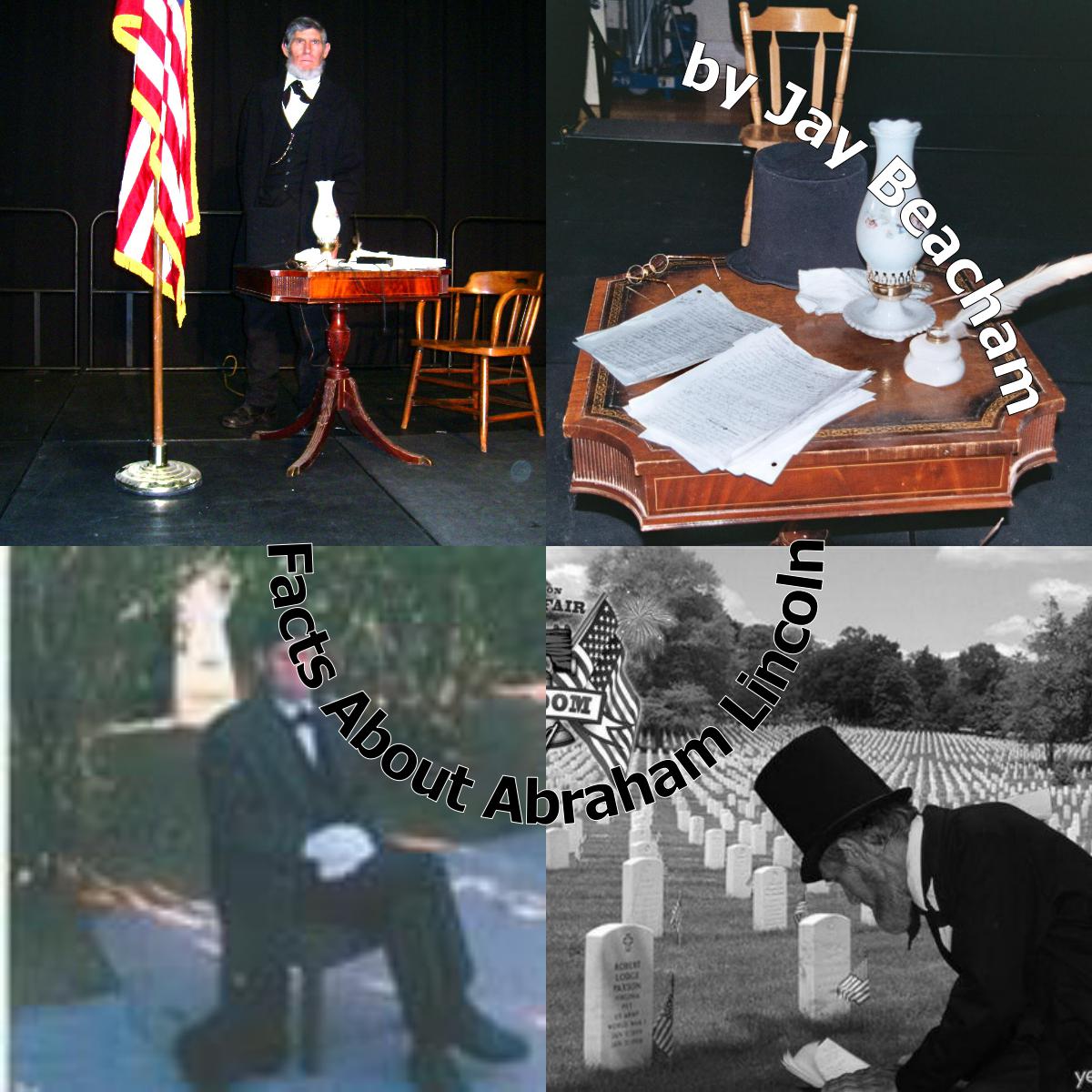 How did a common laborer with virtually no education become a captain in the militia, a surveyor, a store owner, an attorney, a state legislator, a US congressman, a great orator and finally the President of the United States?

What made him so special and that all possible?

Thank you for buying this booklet where you'll
learn more about this unusual and great man.

By Jay Beacham
(The actor who portrays Lincoln's Ghost, a compilation of facts about and sources of fact about the 16th President of the United States of America from blogs and one man shows.)
This book is about A. Lincoln and some things you may know and some you may not yet know.
Abraham Lincoln 1809-1865 farmer, railsplitter, river flat boat man, student, scholar, reader, poet, storytetter, humorist, store clerk and manager, postman, wrestler, surveyor, horseman, legistaltor, public speaker, writer, marksman, congressman, lawyer, lover, husband, father, inventor, soldier-private, captain, comander in chief, President.
"Seldom in history has so capable a man come on the scene at such a crucial time in world history. And one who started out in such raw circumstances and rose to such an elevated height."
An avid reader and letter writer, speaker and story teller. A marksman who disdained the killing of animals even for food. He even owned a turkey as a pet at one time. A man who milked his own cow and cut his own firewood all his life except when in the nation's capital while serving in congress and as President. Mr. Lincoln was a learned man though self taught. He was full of wisdom about life and the governance of people. Because of all that he knew and did, people have begun to attribute more to him than he actually said or did and the facts get mixed up with fantasy.

I've learned that he was misjudged by many in his own time and he still is.
Lincoln did what was good for the country by appointing men who loved the Union but were of differing opinions about how to serve her best. He favored principle more than party loyalty.
He was interested in many things as evidenced by his patented invention, poetry, interest in the stage and music.
He was a kind sort of person.
He was the Johnny Carson, Ronald Reagan humorist and athlete of the day.
I've been told I looked like Lincoln most of my adult life and I've come to see that that isn't such a bad thing. We are related. Maybe you are too.
In speaking to people, some tell me of books they've read or stories about ole' Abe that I haven't know. Some of that I include in my shows.
A college professor told me of several things I hadn't known that made other things I did know make more sense or be more meaningful to me. And he even said that some things that were in my 2009 show dvd, he hadn't known.
I guess that goes to prove that Lincoln, as well as all of us, are complex beings and no one knows all there is to know about us.