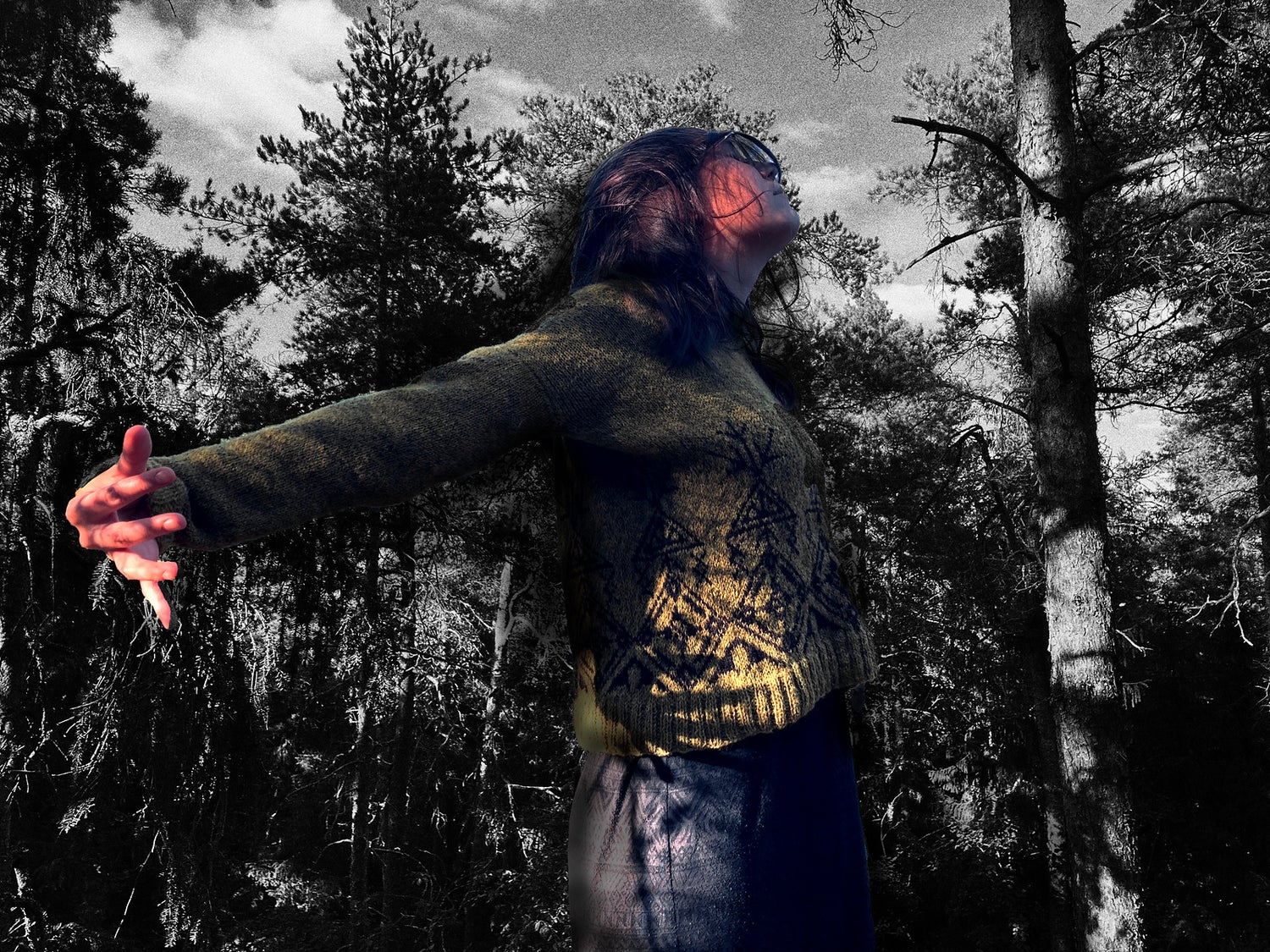 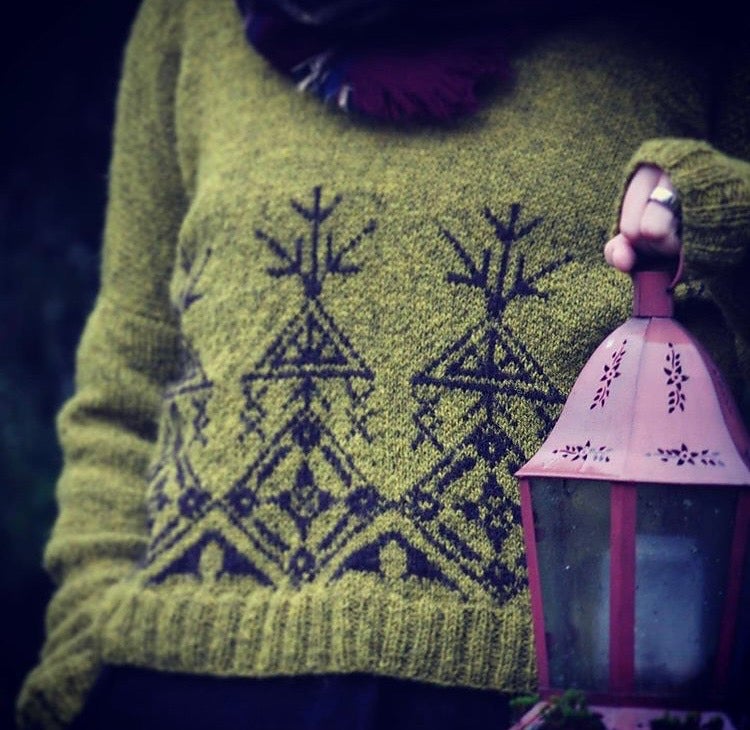 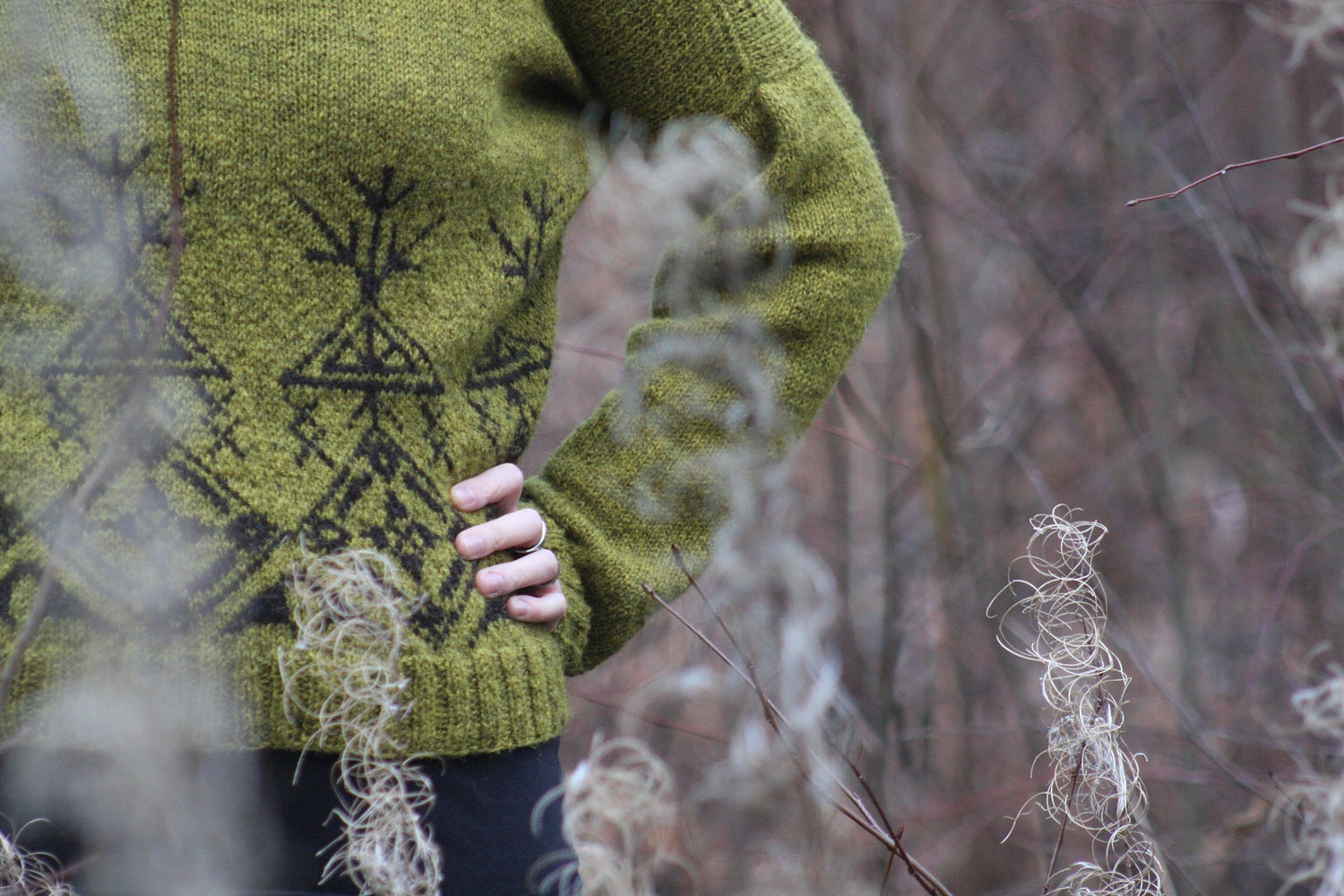 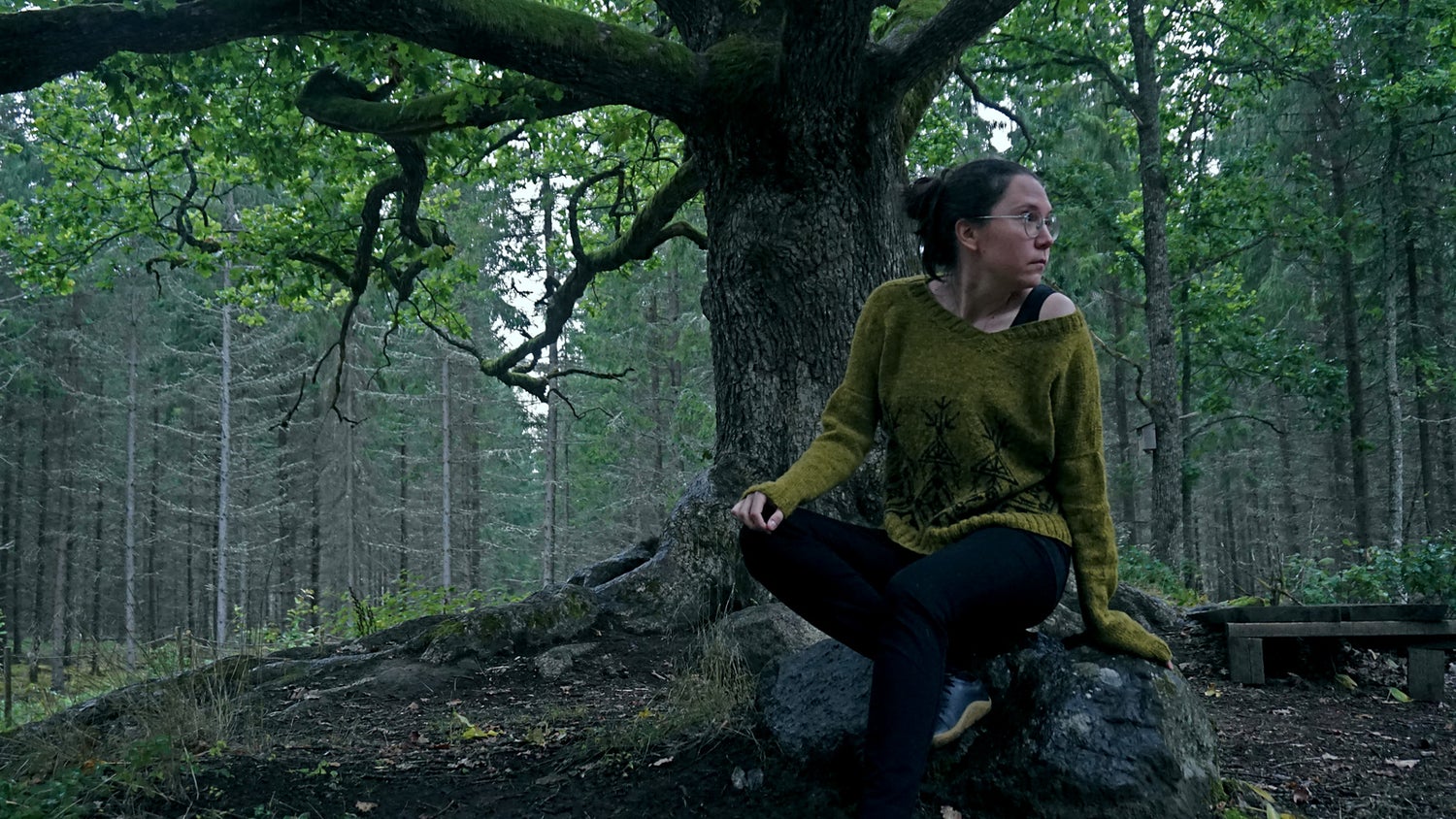 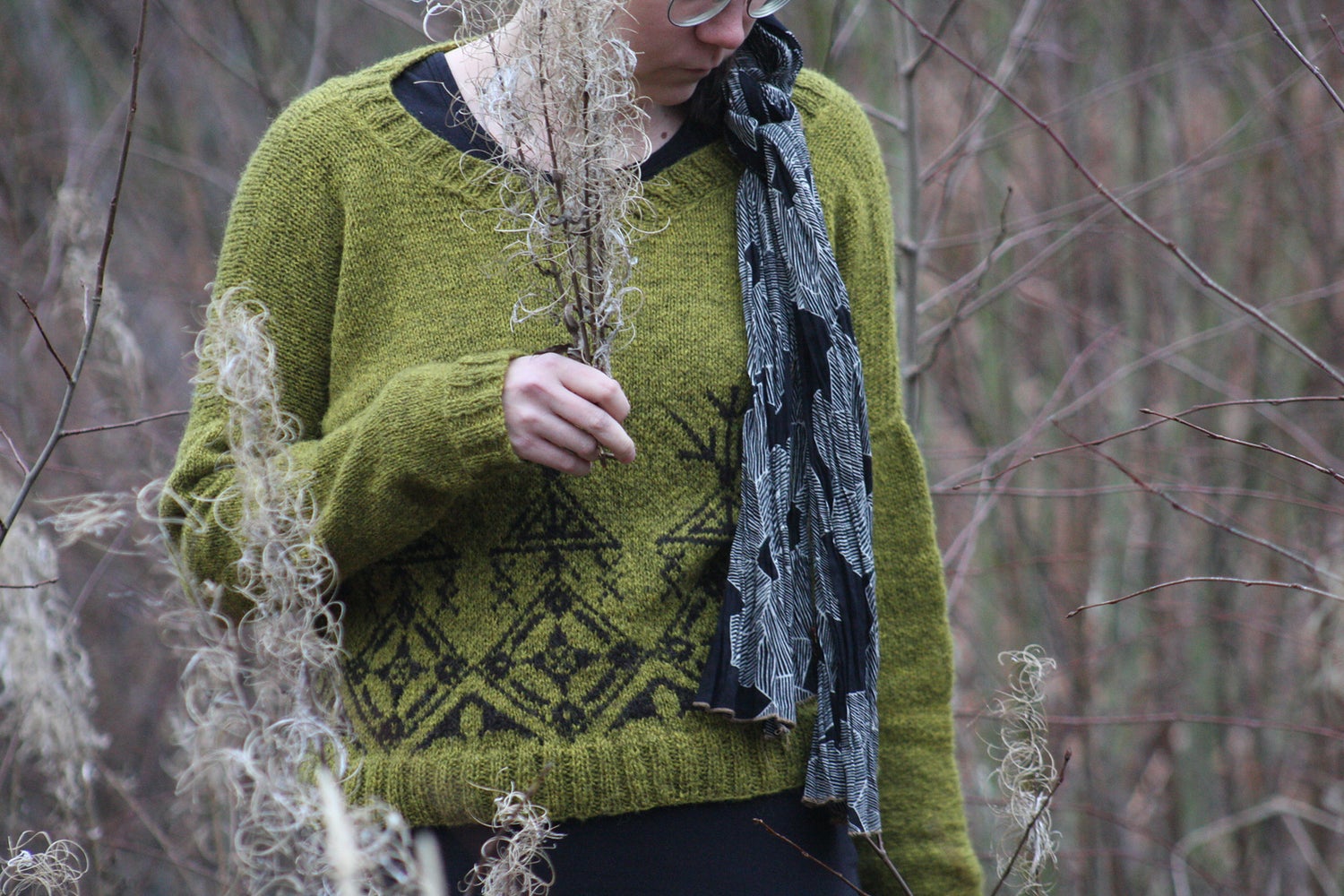 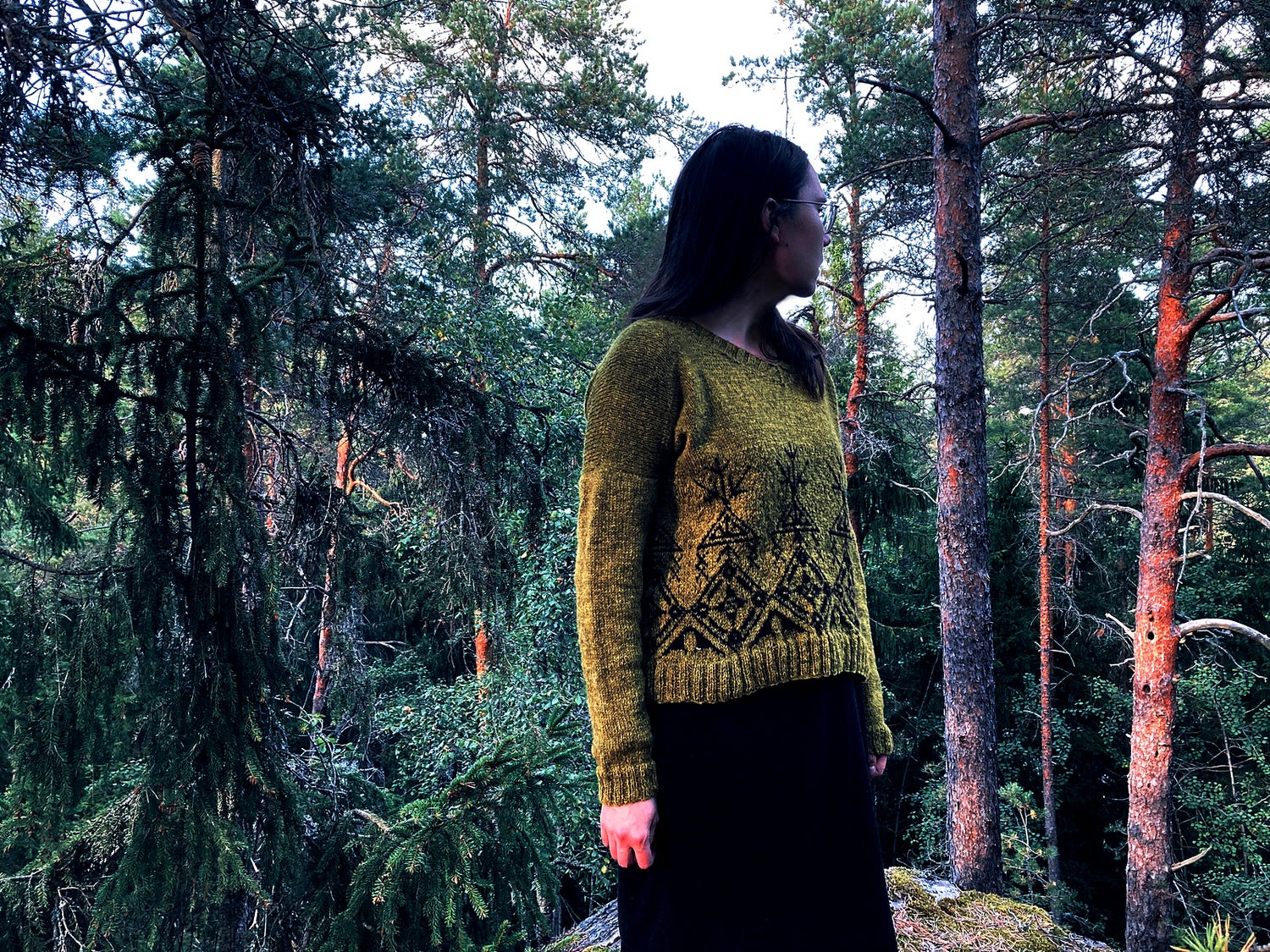 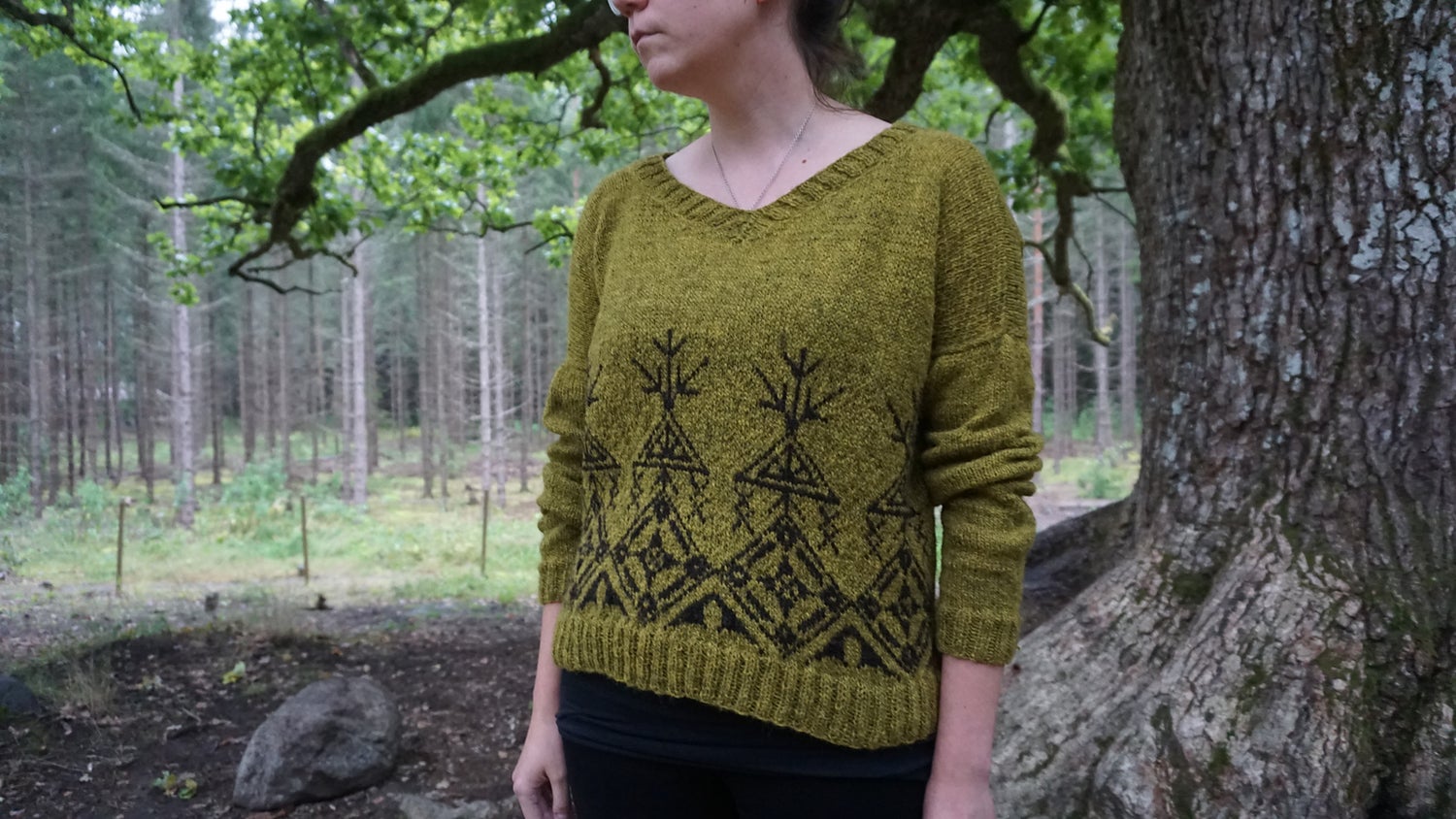 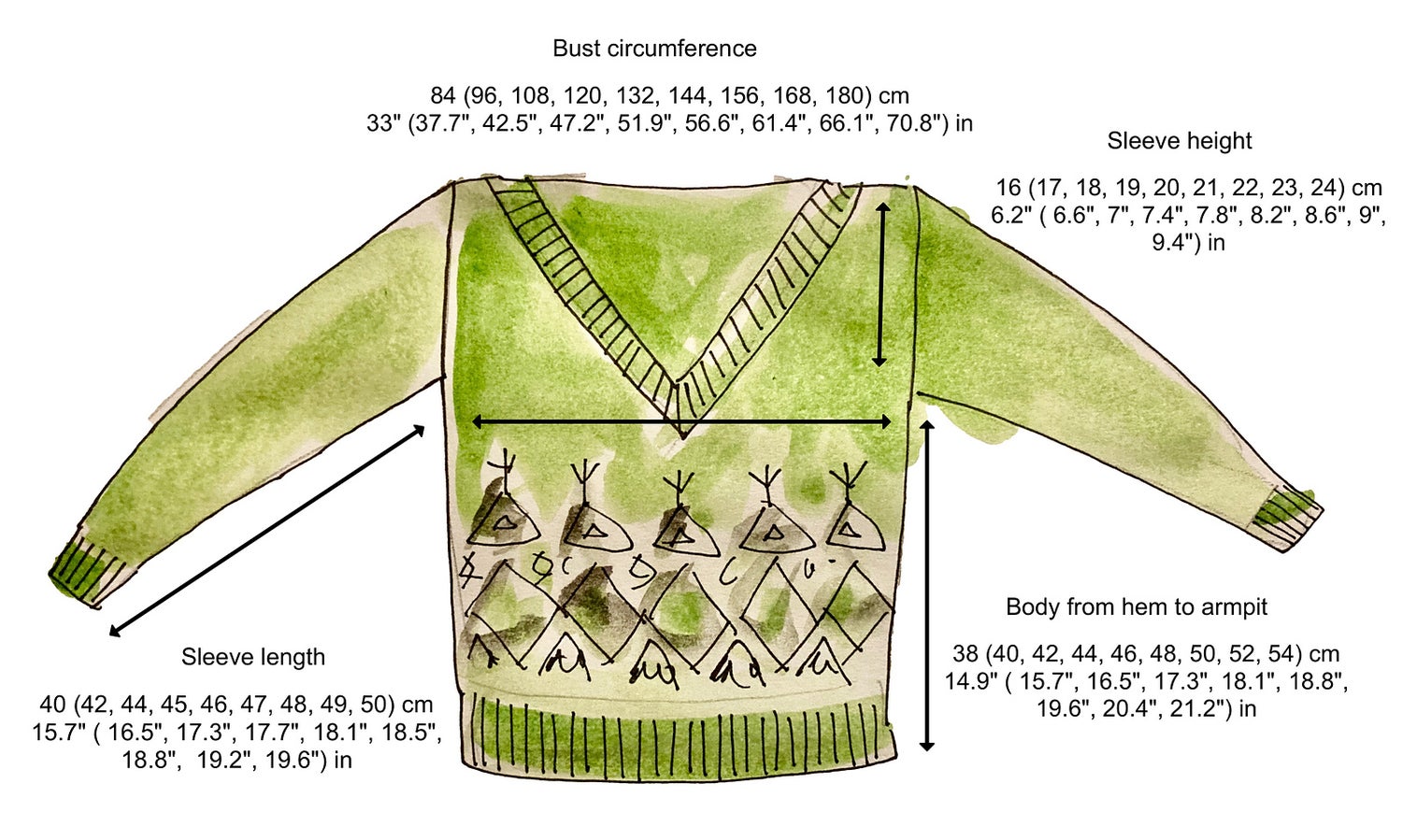 On Sale
€7.50
€7.50
Added to cart
Louhi is the mistress of Northland (Pohjola), Northland’s old and toothless wizard, a mother of breathtakingly beautiful daughters, a woman who defends her possessions by transforming her- self into a bird. Louhi gave me inspiration for a sweater combining softly rustic Finnish wool, shades of a forest, and mystic symbols of powerful Northern women.

The seventh rune of Kalevala gives floor to Louhi, a character of contradictions: she is good and evil at the same time. She is a hospitable hostess who helps Väinämöinen in his anguish. She rules the Northland (the master of Northland is mentioned only shortly in Kalevala), and has given birth to the most beautiful daughters of the epos, the maidens of the Northland. At the same time, she is a ruthless, self- serving, and feisty character.

Kalevala is a compilation of Finnish and Karelian epic poetry for which Elias Lönnrot collected material during his field trips in the early 19th century. Even though Kalevala is based on oral folklore and spells, it is a creation of Elias Lönnrot in its present state. Nevertheless, in between the lines we can read hints of the social status of women in the ancient Finnish society. In the Scandinavian culture, these women had simultaneous roles as a mother and a warrior, as good and evil, as a mistress, a matriarch, and an independent operator. Even if Kalevala portrays women basically either as a fair virgin or an evil whore, the independent and opinionated character of women shines through the national romantic thinking of the 19th century.

The colorwork pattern of the sweater constitutes of a Scandinavian rune denoting fertility, a wise woman symbol found on shaman drums, and a snowflake element resembling the ones found in Nordic and Baltic embroidery.

The garment is worked seamlessly from the bottom up with a V-neck and dropped shoulders.