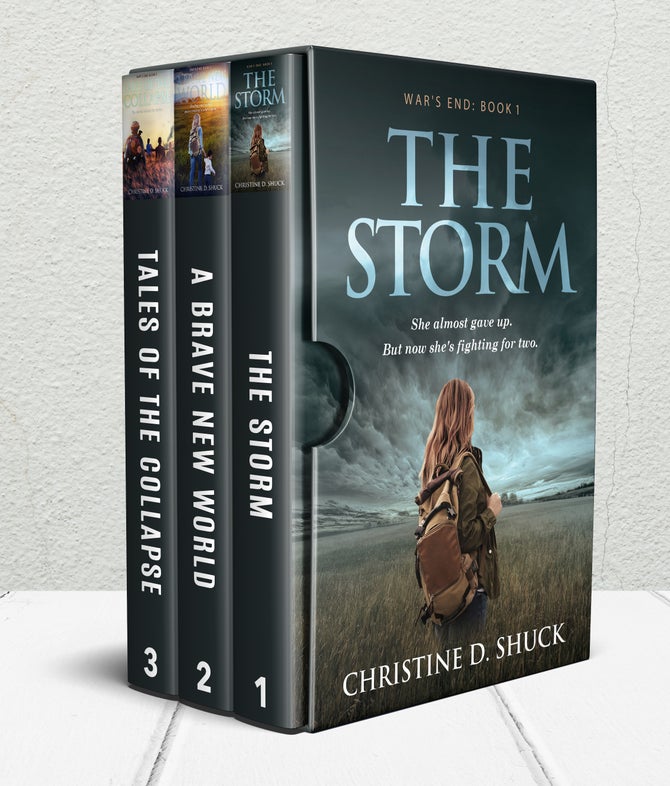 Society has collapsed. She almost gave up. But now she's fighting for two.

Jess Aaronson's world has descended into madness. She lost her family to the brutal chaos of America's collapse, and nearly lost her spirit from the brutal abuse that followed. But now that she's pregnant, she has a new reason to keep fighting…

As she comes to terms with the life growing inside her, Jess flees Tent Five and descends into a land without law. In search of the only family she has left and the home she left behind, the darkness threatens to consume both her and her unborn child.

Can Jess find her family, or will her escape come with the ultimate price?

The long-awaited sequel to War's End: The Storm - Jess has returned to her hometown, Warsend.

There she and her family will rebuild their lives and learn lessons about love, and loss, and the strength of perseverance.

Miles away, Chris longs for family, for children, and dreams of the home he lost.

The danger is not over. Jess must face her greatest fear and overcome the nightmares that have plagued her for the past decade.

Book 3: Tales of the Collapse

Society has collapsed. The world burns. Yet, somehow, humanity survives...

Now, in the third book in this intense and evocative post-apocalyptic saga, we witness the end of the world through the experiences of other familiar faces.

Through nine interconnected episodes, discover the stories behind the stories: Resonant and emotional tales of love, loss, survival, and triumph that paint a vivid and frighteningly believable picture of America in the midst of societal collapse.

Existing fans of the War's End series will rediscover characters they've already met on Jess's fraught journey - while new readers will be swept up in storytelling that has been described as "unforgettable" and "heartbreaking, but uplifting." Either way, it's impossible not to be moved by the achingly human tales that challenge us all to wonder how we'd handle the end of the world.