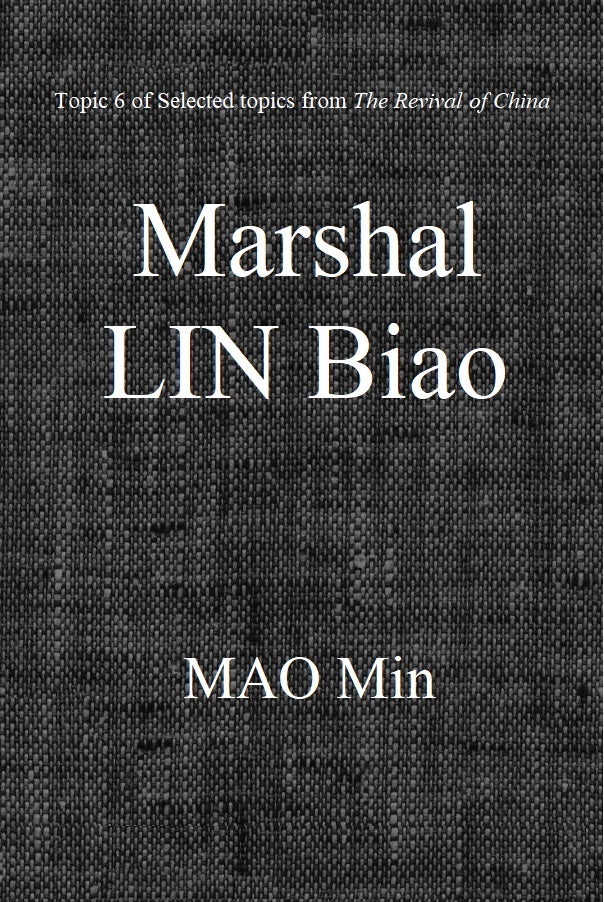 Marshal LIN Biao: Topic 6 of the Selected Topics from The Revival of China

This is Topic 6 of the Selected Topics from The Revival of China. The full book is about the revival of China in the 20th century and the first decade of the 21st century. This topic is on main activities of Martial LIN Biao, including commanding of the Pingxingguan Battle during the Anti-Japanese War, establishment of the Countryside Base in Northeast China, commanding of the Liaosheng Battle, presiding over works of the Central Military Commission, downing with LUO Rui-qing and others at the beginning of the Great Cultural Revolution, stabilizing the army during the Great Cultural Revolution, the form of the LIN Biao Grpup, the Lushan Conference in the year of 1970, and LIN’s escape from China in 1971.