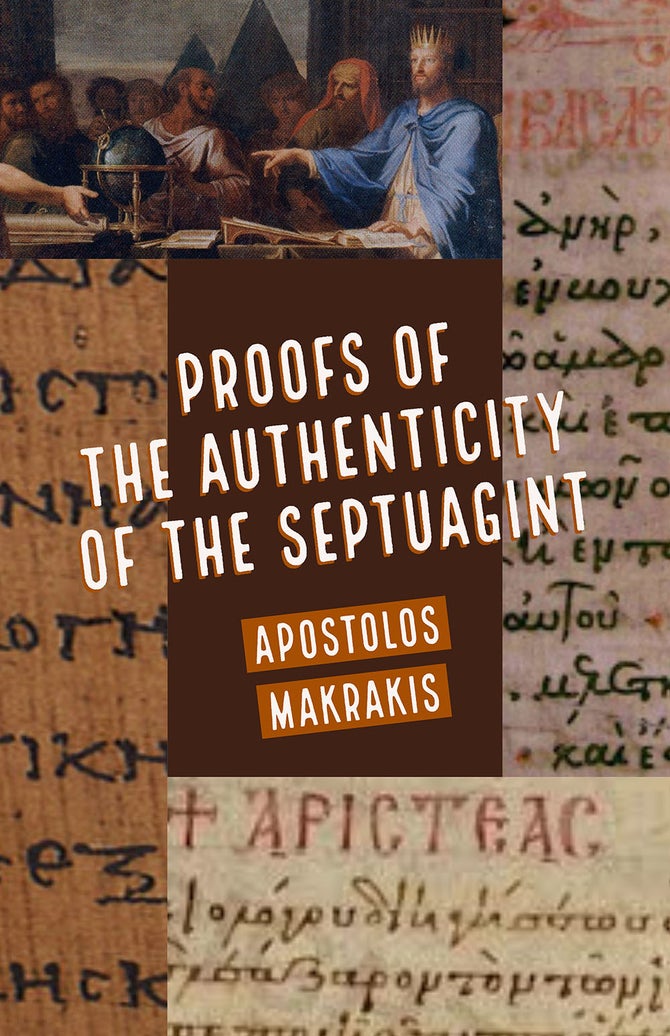 Proofs of the Authenticity of the Septuagint

By Eastern Light Publishing
“Now there were certain Greeks among those who came up to worship at the feast. Then they came to Philip, who was from Bethsaida of Galilee, and asked him, saying, “Sir, we wish to see Jesus.” Philip came and told Andrew, and in turn Andrew and Philip told Jesus. But Jesus answered them, saying, “THE HOUR IS COME, THAT THE SON OF MAN SHOULD BE GLORIFIED.” – John 12:20-23 (NKJV)

The aim of this work by Apostolos Makrakis is to provide a solid refutation to critics who are opposed to the Greek Septuagint version of the Old Testament. The Septuagint translation is the only genuine version rendered from the original Hebrew text before Christ, having the validity of authenticity and remaining, like the New Testament, unchanged from the beginning to the end of the world. Makrakis offers a few scriptural citations and comparisons between the Septuagint and the venerable King James translation, which is based on the much later altered Masoretic text. In addition, Makrakis gathers evidence from the writings of the early church fathers verifying the historical authenticity and divine inspiration of the LXX, convincing the reader that the Septuagint translation was guided by the Holy Spirit to prepare the way for Christ’s message to the Gentile nations. As such, it was frequently quoted by the Apostles in the New Testament scriptures