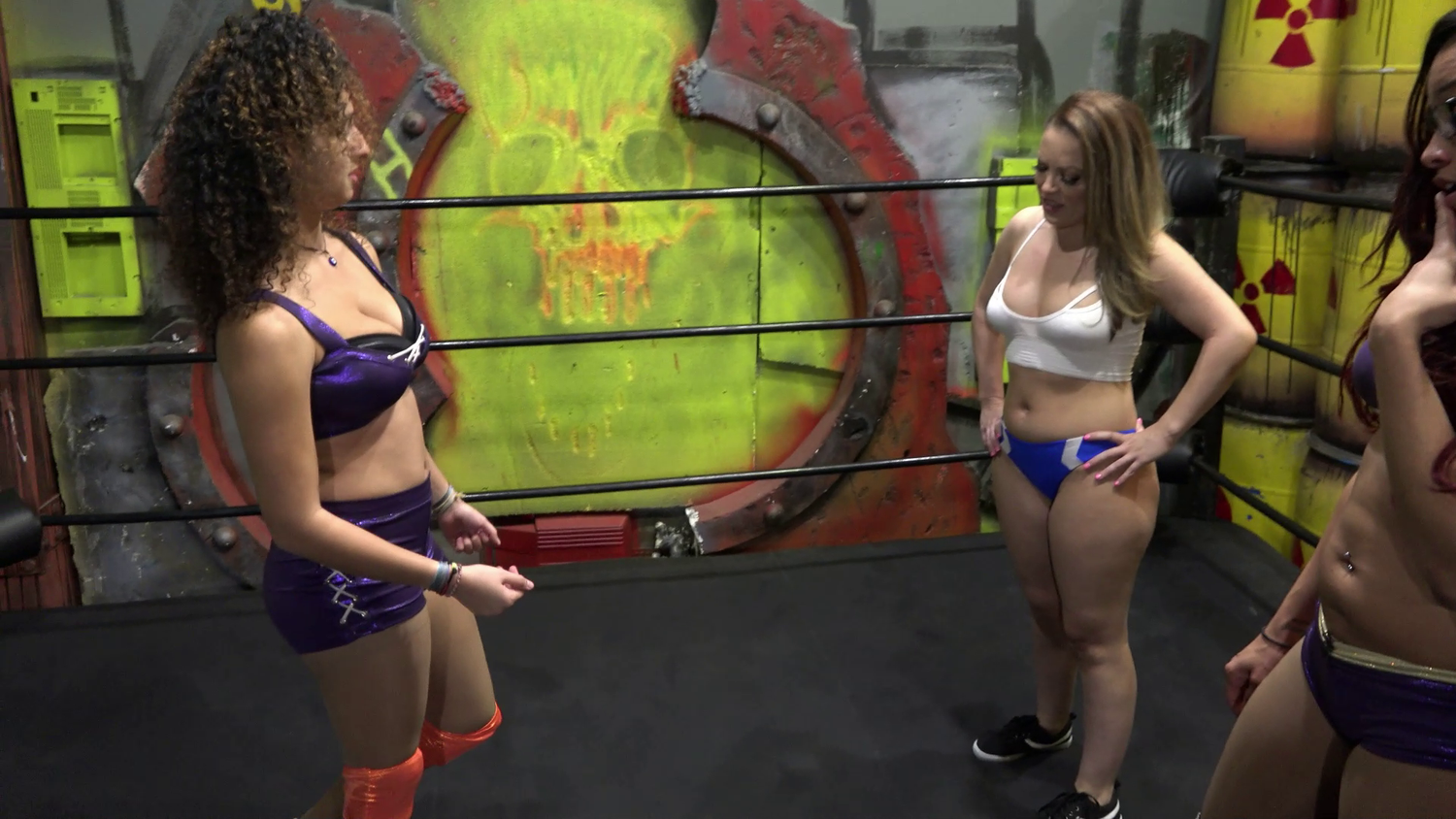 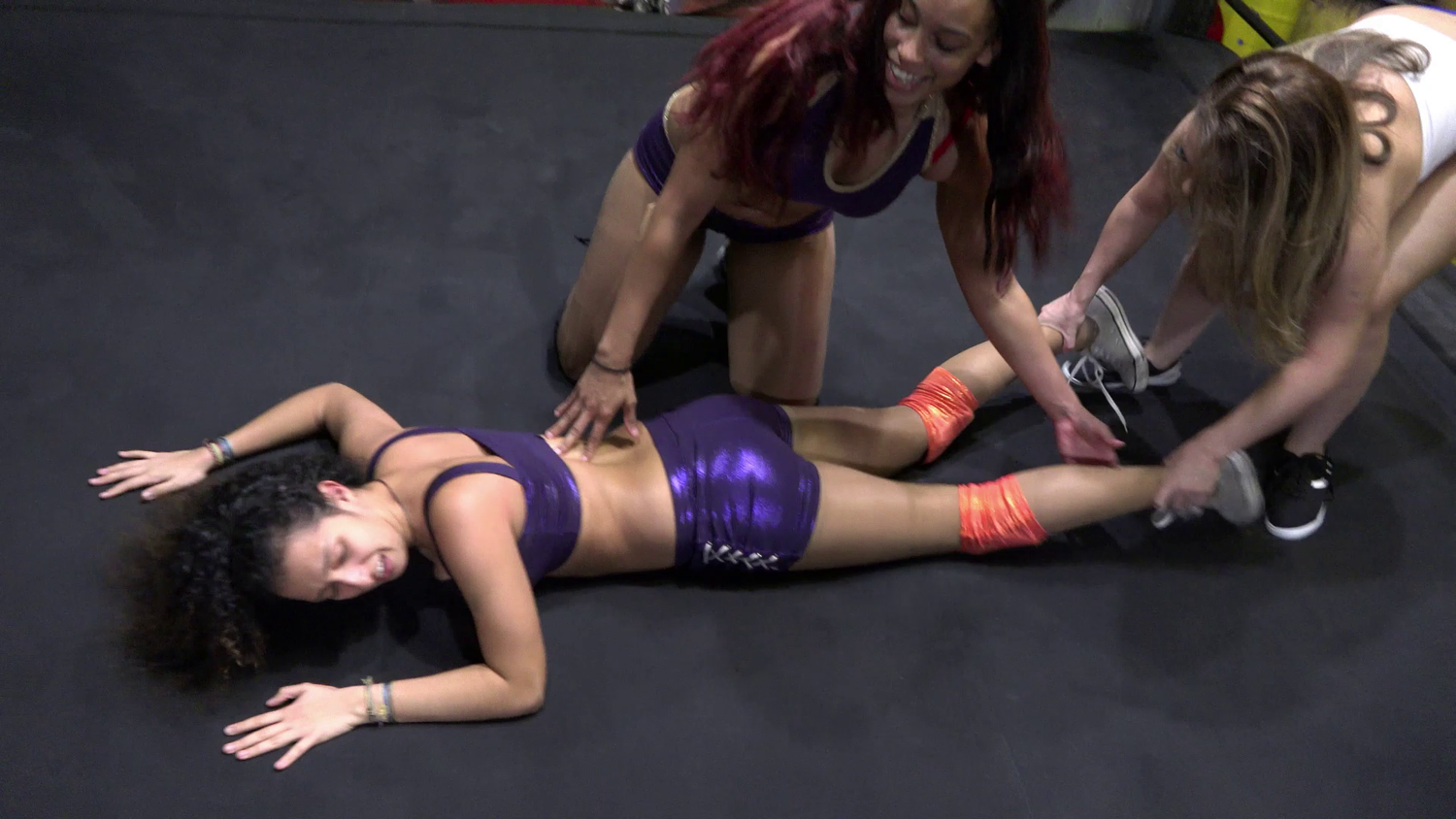 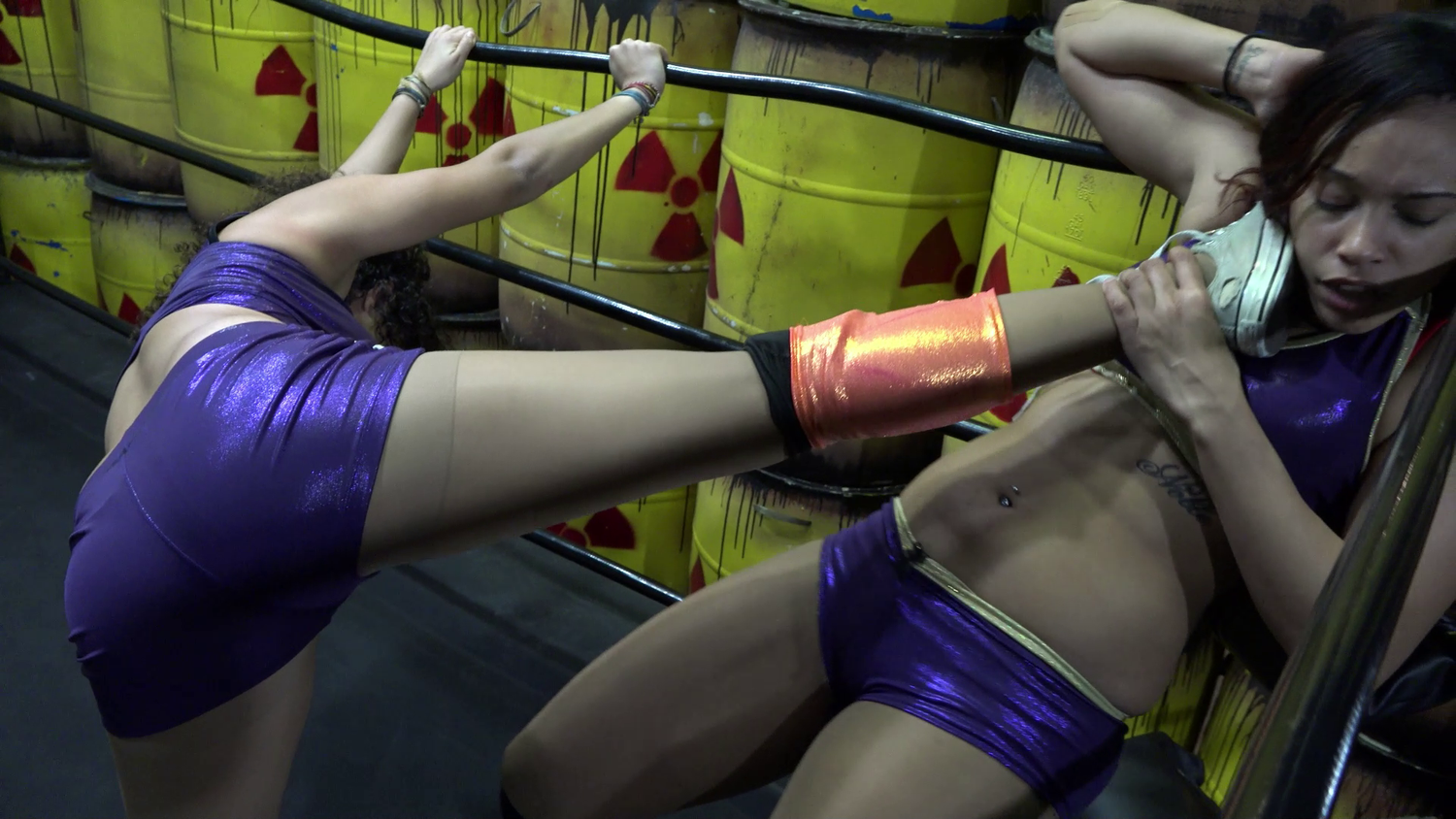 On Sale
$8.00
$8.00
Added to cart
Star Carmen Valentina and Ebony Pro Wrestler Kaci Lennox, aren’t very fond of the Latina Sofia and in particular her ugly sneakers relative to their cute matching pair in “Who Hates a Pair of Shoes, Honestly?”,  and they gang up on her over this “fashion crime” as it were in an Interracial 2 on 1 Handicap Match! However, though they beat her up but good for a while in it, do they regret picking a fight with her over this when all is said and done?

As stated, Carmen and Kaci put a solid hurting on Sofia for quite some time in this match, attacking her with some heavy striking using sneakers, knees, hands and fists alike, more than a few debilitating submission holds and stretches and even a little bit of tickling for humiliation purposes! But eventually Sofia tires of being roughed up like this over something as trivial as her choice of footwear, and she fights back against them with a vengeance!

And we really mean that when we say that, because she is PISSED and means business, coming at her tormentors with ruthless aggression ! She even takes to using the very shoes that raised the ire of the pair as a weapon against them, waylaying both with them? That said, does she have enough fire in her belly to take the bullies Carmen and Kaci down completely, or does her comeback fizzle out on her eventually?

A wild handicap battle with a heavy emphasis on sneakers! Any fans of them should highly enjoy this match! And there’s plenty of great action here too in addition, so even if you’re not looking for that specifically there’s much to enjoy still for you too! 10 minutes