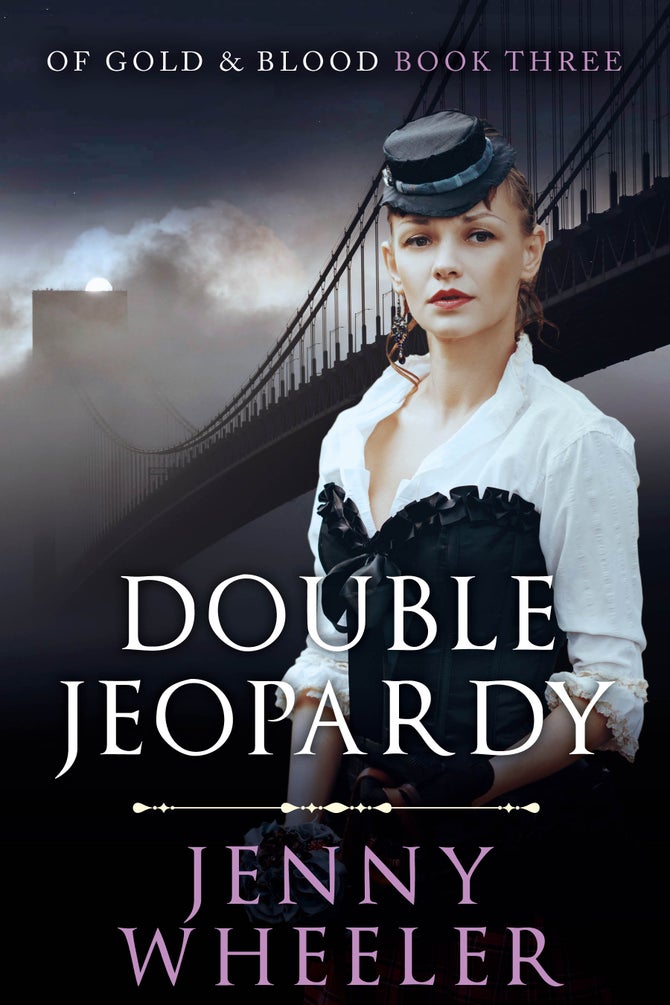 By Jenny Wheeler Books
He’s haunted by war. She’s searching for her twin. When a mysterious murder brings them together, can solving the case heal their broken hearts?

California, 1868. Isabella Wilmington’s dream of taking center stage feels empty without her long-lost twin brother cheering her on. When a bullet cuts through the crowd, she’s convinced the murderous act is a warning shot against her search for her missing sibling. Determined to crack the case, she tags along with a rugged ex-soldier who’d rather keep her out of harm’s way than put her on the frontlines of a dangerous investigation.

Union vet Sebastian Russell longs to put the bloody memories of war far behind him. But his plan to mend his heart in sunny California goes up in gun smoke when his employer tasks him with solving a murder and guarding his feisty daughter from a second strike. Along the trail of clues, his feelings for the young actress grow stronger the closer they come to untangling the twisted truth within the shadow of dark memories.

Before the next victim falls, can Isabella and Sebastian solve the mystery of their painful pasts or will the next bullet shatter their chance at a new future?

Double Jeopardy is a compelling historical mystery set against a vibrant 19th century California landscape. If you like shocking twists and turns, emotional journeys of the heart, and romance that defies the odds, then you’ll love Jenny Wheeler’s pulse-pounding story.

Buy Double Jeopardy to step back in time for a riveting, romantic mystery today!