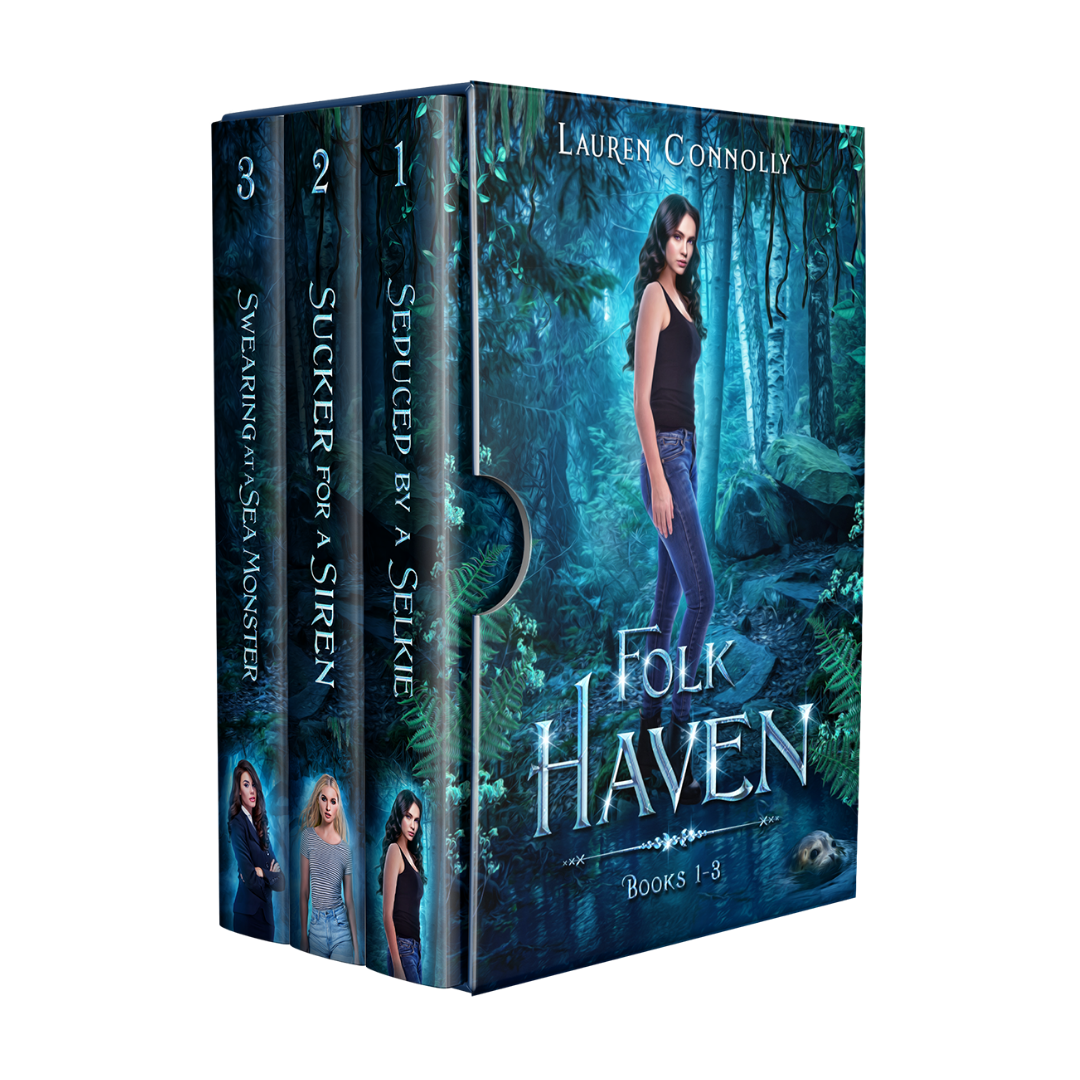 Save more than 20% off the original list price by purchasing the box set!

She's come to a small town full of fated mates and magical secrets ...

This box set includes three Folk Haven stories, Seduced by a Selkie, Sucker for a Siren, and Swearing at a Sea Monster.

Book 1 - SEDUCED BY A SELKIE

All Delta needs is a cozy home, an odd dog, and a coffee shop with good wifi. She does not need a shifter bent on seduction.

With Delta’s focus on the road out of town, Calder scrambles to discover what, if anything, could make her stay. He’s willing to use all means of pleasure at his disposal to convince his mate that Folk Haven is the perfect place to call home. Especially if you’re a mythical creature.

Book 2 - SUCKER FOR A SIREN

Neri wants a new home, a good book, and a freshly baked bear claw. She does not want a selkie getting sassy with her because she saved his life.

After an awkward break up with both a man and her parents, Neri left her old life behind, determined to figure out what kind of person, and siren, she wants to be. An ungrateful selkie is only a distraction.

But in a small town, the two continue to cross paths, and Seamus finds himself giving in to the call of the siren’s intelligence and humor. After a passionate encounter, the selkie wonders if the gods had the pairing right all along. But Seamus can’t rely on fate when Neri refuses to even consider mating the man who ran from her in the first place.

Book 3 - SWEARING AT A SEA MONSTER

Moira enjoys a well-run town, cozy mystery novels, and swimming in the ocean. She does not enjoy being in the same room as a sea monster.

And yet on the pair’s quest to cleanse a piece of lakeside property, the two mythical enemies find themselves on common ground. Ground they lay down on, roll around on, and maybe lose a few pieces of clothing on. But secrets of the past and new dangers to the town of Folk Haven threaten a fragile romance between the selkie and the sea monster...

Discover the magical town of Folk Haven, where many of the townsfolk know their neighbors are creatures of legend. Fans of Molly Harper, Kristen Painter, and Gena Showalter will want to dive into this series.
You will get the following files: