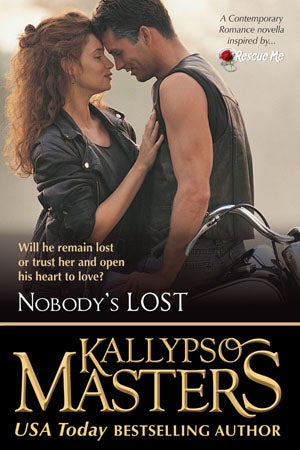 NOBODY’S LOST is Book Five in the Rescue Me Saga and can be read as a standalone novel and new entry point into the series.

Ryder Wilson returned from serving multiple deployments, but can’t leave the hell of combat behind him. Frustrated and ashamed of his inability to function in the world, unlike the veterans he had served with, Ryder retreated. When sent on a mission to protect the sister of retired Master Sergeant Adam Montague, Ryder’s days of hiding out may be over. Can he fulfill his mission without failing again?

Megan Gallagher has two big-brother Marines bent on protecting her from the evils of the world, but she’s tougher than they think. When her older brother sends Ryder, one of his recon Marines, to her doorstep in the wee hours one night following a break-in, she realizes he needs rescuing more than she does. A friendship forms quickly, but unexpected passions run hot and complicate her resolve never to have a romantic relationship, much less marriage. So why are her body and her heart betraying her every time he comes near?

Can these two wounded people lower their defenses long enough to allow love to grow?