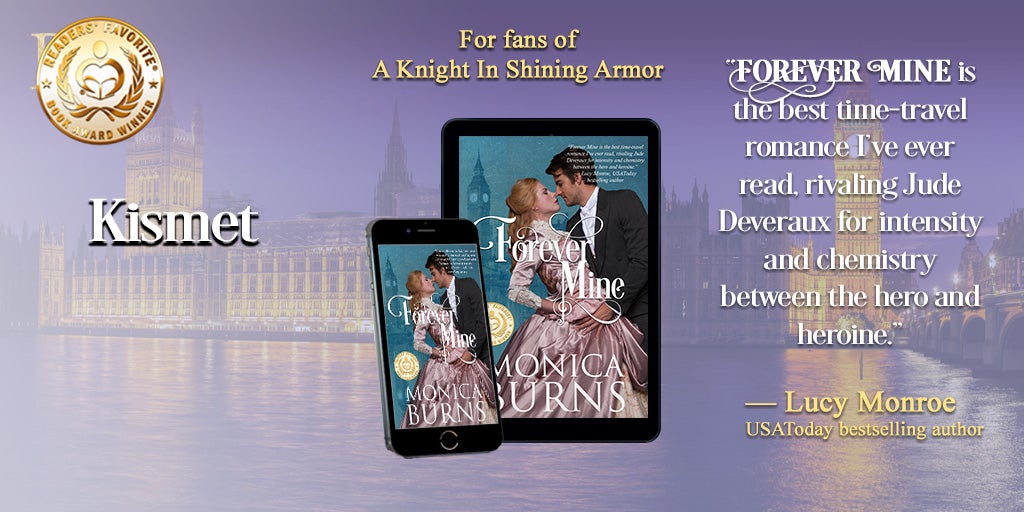 On Sale
$4.99
$0.99
Added to cart
Preview
WARNING: This book contains a proper English earl, whose frozen heart hides a tortured soul, and a feisty modern-day heroine determined to convince the man she's not the woman he thinks she is. Please read Caveat Emptor warning below the book's blurb. This book is a time travel / reincarnation / historical romance.

Note:  At Purchase, the Book's Download Link is sent to your email from BookFunnel. Download link here in the store and on your receipt is for a PDF on how-to download the purchased book from Bookfunnel.

If you prefer to buy directly from vendor click here.

When a bomb explosion thrusts Victoria Ashton backward in time to 1897, she’s forced to impersonate the Countess of Guildford. Despite Victoria’s attempts to convince the earl she’s not his wife, her counterpart’s infidelity, lies, and ill-tempered personality makes the task almost impossible. Worse, Victoria finds herself falling in love with a man who loathes her. Only when the earl learns to trust her does she realize her future lies in the past. But love always comes at a price, and she must make a painful sacrifice in order for them to be together.

Nicholas Thornhill, Earl of Guildford has been searching for his missing wife for three weeks. Rumors of him being guilty of murder make him unwilling to believe his wife’s latest in a multitude of lies. But the changes in Victoria continuously surprise him. Despite his best intentions, he finds the contempt he once felt for his wife turning into something deeper and stronger. But when danger threatens to separate them forever, he must forge a bond with her that crosses the boundaries of time.

CAVEAT EMPTOR
If you hated A Knight In Shining Armor by Jude Deveraux, it's quite likely you will not like this book. You may read one-star reviews that contain spoilers on GoodReads for an explanation of this caveat. You might not feel as others do, but I believe in giving fair warning. *smile*

The F-word occurs 34 times in this 443 page book or 1% of the entire book. Men as a general rule have used the F-word long before the Victorian era, which this book is set in. The difference between the men in the past & men of today is that they didn't use the word in the company of women. Additionally, the F-word is used by women in today's world on a regular basis. It is not unrealistic for a woman from the future who's traveled to the past to use the word while seeking to incite a man's lust.

The author chose to use the F-word because it fits a male reaction to frustration and anger. It is a visceral word with a guttural sound that projects the emotion of outrage in a harsh and visceral manner. Say it out loud with force. Men are sometimes crass & crude with other men. In contrast to the use of the F-word the author refuses to use the word sh*t as it evokes an image of filth and bodily waste. Please factor all of this information into your buying decision.
You will get a PDF (53KB) file