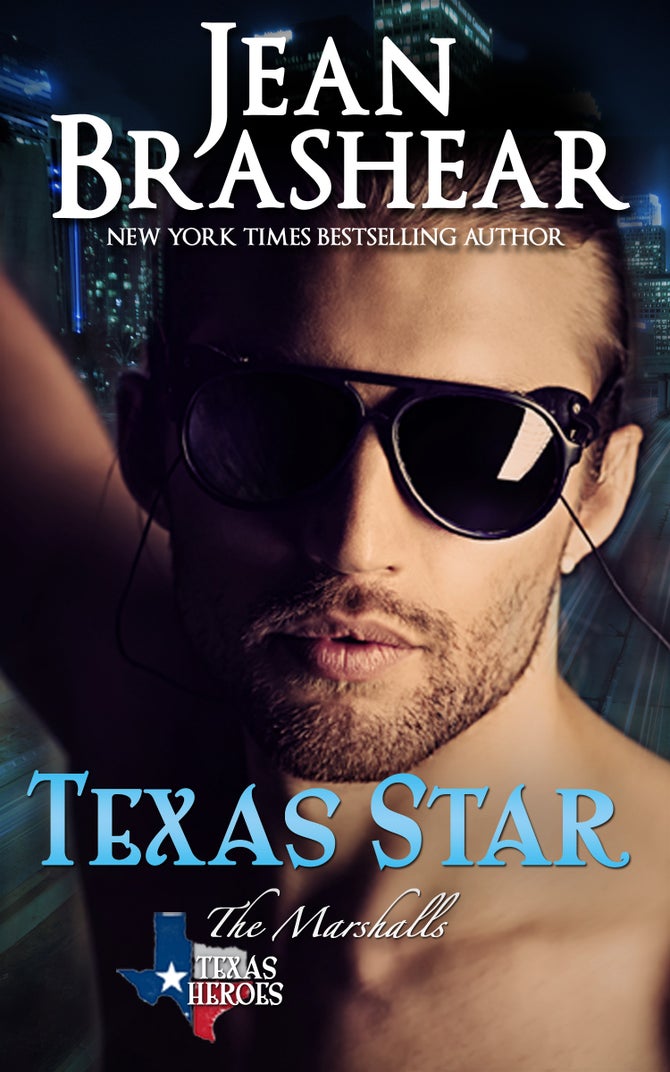 By Jean Brashear
"I really enjoyed this, er, literary foreplay. I knew that when these two finally made love, they wouldn't just be going through the motions—there were going to be some fireworks....Jean Brashear is a terrific discovery for me." ~The Romance Reader

Hollywood superstar Josh Marshall is on his way home to Texas when he rescues a woman on the run. In contrast to the many women crushing on him all over the world, this woman does not trust him and wants nothing to do with him, seeking to escape every time his back is turned. But Josh is a white knight to the core and cannot stop trying to help her, even when she won't tell him the smallest thing, such as her name.

Elena Navarro is running from an abusive husband who's on her trail because of what she knows about his criminal activities. Terrified to trust anyone, she finds Josh's tender care a miracle, but his fame could be a death sentence for them both, should they be found.

Josh is due on set but refuses to leave her until she is safe, and she is equally determined not to involve him in her nightmare, increasingly aware that the only chance she may have to grab for a dream is to find the courage to return and face the man who has terrorized her for seven long and lonely years.

"Jean Brashear has that "it" factor. She is an incredibly talented writer who can hit every note with enough clarity to bring the reader tears, laughter, or just, 'Oh, my, this is an amazing story.' " ~New York Times bestselling author Stella Cameron