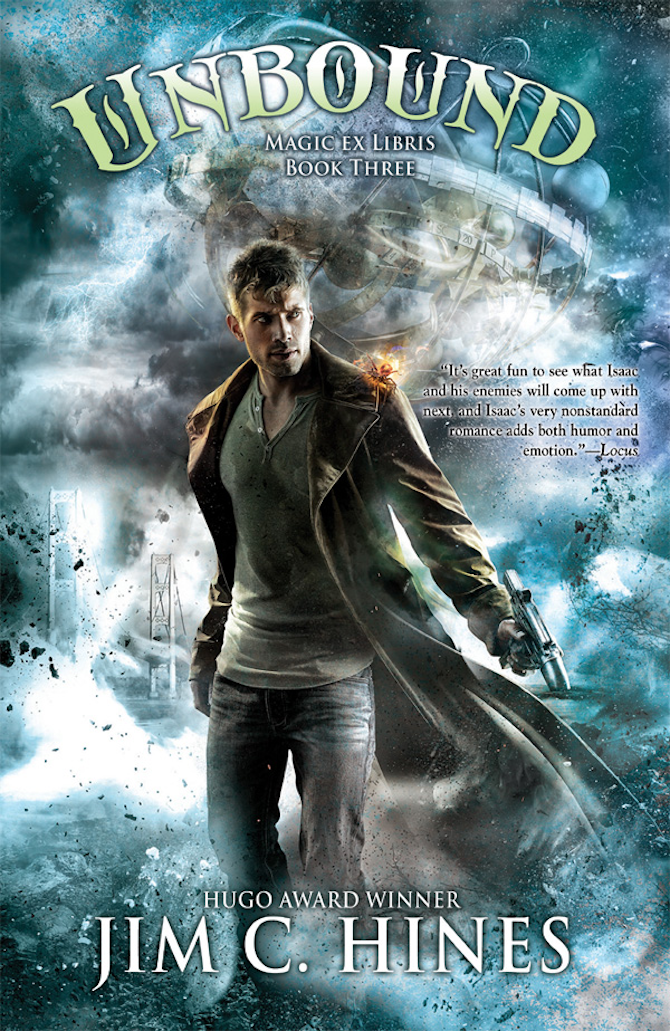 For five hundred years, the Porters have concealed the existence of magic from the world.

Now, old enemies have revealed the Porters’ secrets, and an even greater threat lurks in the shadows. The would-be queen Meridiana, banished for a thousand years, has returned in the body of a girl named Jeneta Aboderin. She seeks an artifact created by Pope Sylvester II, a bronze prison that would grant her the power to command an army of the dead.

Michigan librarian Isaac Vainio is powerless to stop her, having been stripped of his power and his place among the Porters by Johannes Gutenberg himself. But Isaac is determined to regain his magic and to rescue his former student Jeneta. With no magic of his own, Isaac must delve into the darker side of black-market magic, where he will confront beings better left undisturbed, including the sorcerer Juan Ponce de Leon.

With his loyal fire-spider Smudge, dryad warrior Lena Greenwood, and psychiatrist Nidhi Shah, Isaac races to unravel a mystery more than a thousand years old as competing magical powers battle to shape the future of the world. He will be hunted by enemies and former allies alike, and it will take all his knowledge and resourcefulness to survive as magical war threatens to spread across the globe. Isaac’s choices will determine the fate of his friends, the Porters, the students of Bi Sheng, and the world.

Only one thing is certain: even if he finds a way to restore his magic, he can’t save them all…