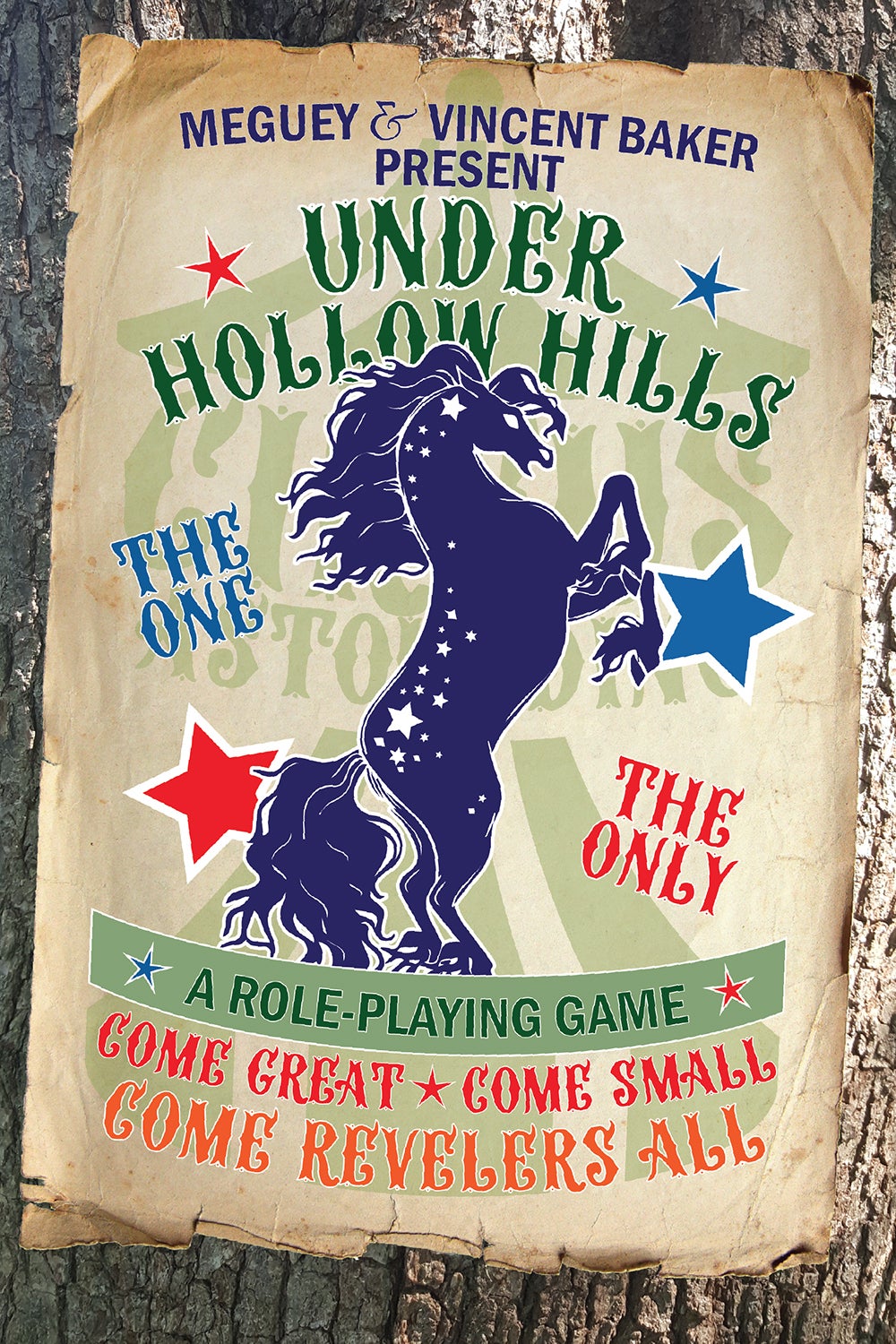 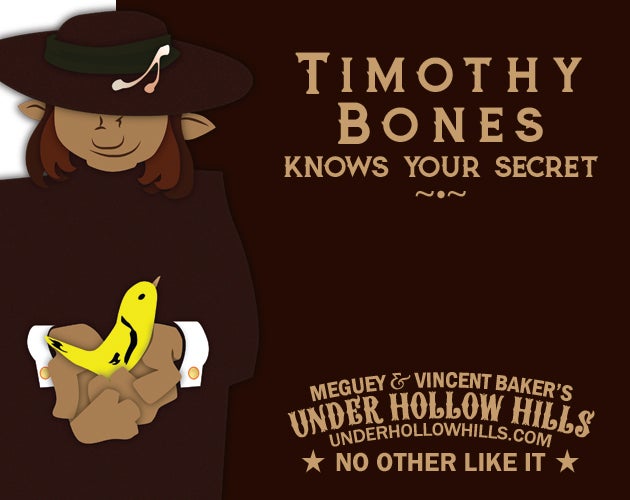 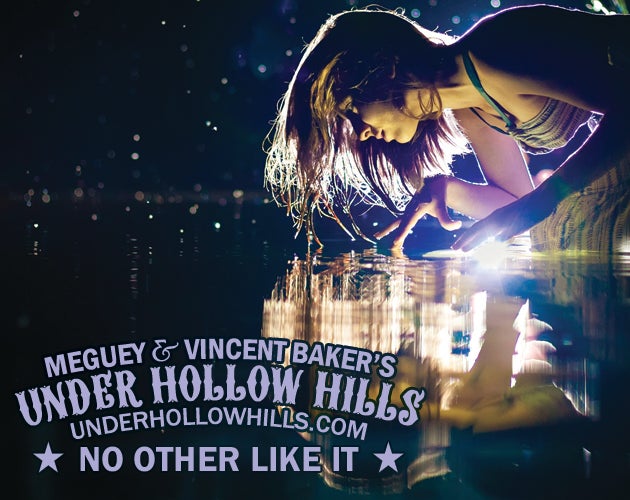 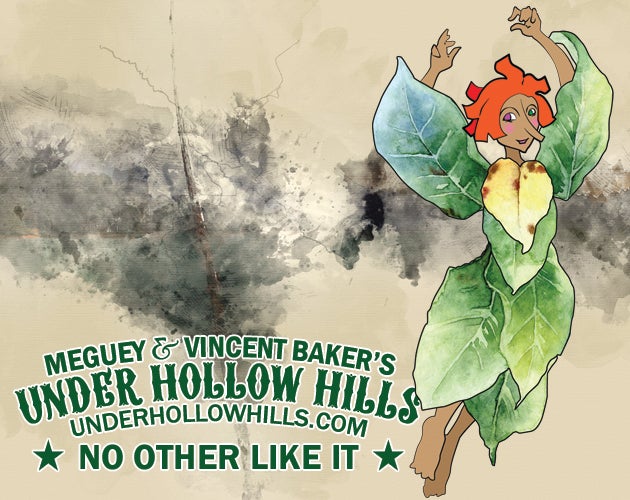 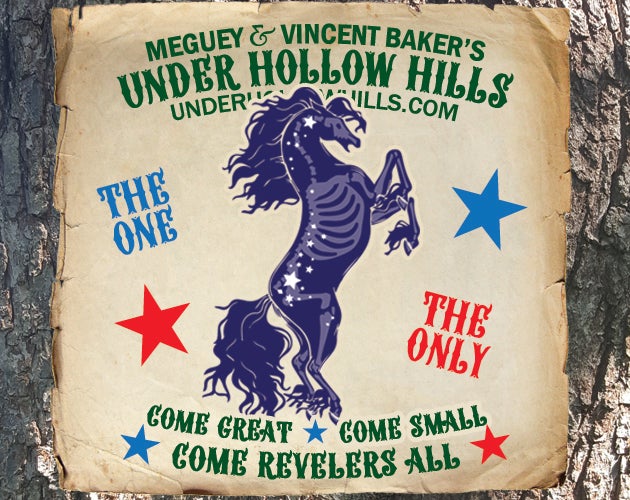 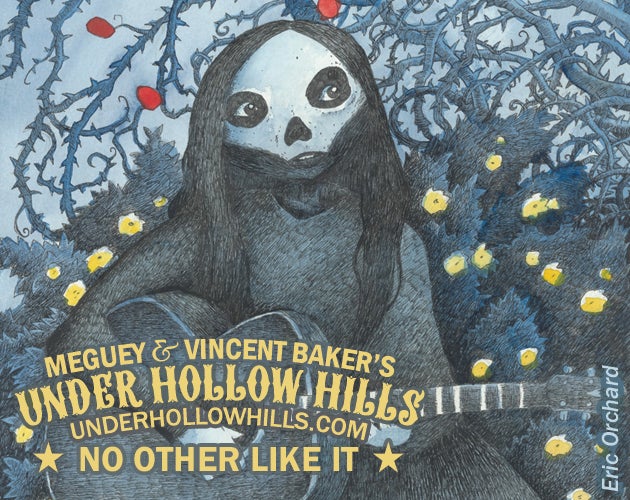 There is a traveling circus under the Hollow Hills.

It travels by moonlight, small wagons creaking in the night silence. It travels lost roads, where fireflies and whisps hover to watch it pass, where goblins peer down from their treebranch perches, and owls. It travels the night world and the day world, fairyland and the living earth, and places otherwise, and no border can keep it. It has mysteries to pose, drama to perform, it has music, juggling, acts of death-defying peril, pratfall comedy. It has dangerous secrets to tell.

You are its performers, its ringmaster, its clowns, its sideshow, its stars. You're its crew, rigging the tents, mending the costumes, planning the show, selling t-shirts and popcorn. You're fairy kind and human kind. You're the circus, and the circus is you.

The circus is a leveler of all. You're not subject to the usual games of status and wealth, hierarchy and social value, that society plays. To you a human child’s birthday party in a vacant lot is the same as a command performance for the great Crowned Heads of fairyland. (And more like stuffed heads, saith the Hob.)

Under Hollow Hills is a tabletop roleplaying game. It's Powered by the Apocalypse, which in this case means that it's got playbooks for the players, a system of moves based on rolling and summing two dice, a GM, and a "play to find out" approach to prep and plotting. It's good for small groups and large groups, people who've never played a roleplaying game before and people who've played a hundred.

It's designed to be literary, over cinematic. It loves metaphor and wordplay. It's episodic like a series of short stories, not like a TV show, or sometimes like a long welcoming rambling novel. It's designed for drama, action, romance, and comedy, both in the circus rings and outside of them.

Your characters are warm, funny, sad, and whimsical. They have their time on the stage, their time in the chorus, their solos, their encores. Their tragedies, their great accomplishments, their small victories. Sometimes they come, sometimes they go. They change with the seasons and with the beating of their own hearts. You might even fall in love with them.

The GM is the game's first and most important audience. As GM, it's your job to be entertained. Throw roses, throw tomatoes, and call out for more.

Under Hollow Hills by Meguey and Vincent Baker (PDF)
This is the complete game pdf.

Under Hollow Hills Playbooks and Printouts (PDF)
These are the players' playbooks, the obvious plays, the GM's prep sheets, the playbill, and the tour sheets.