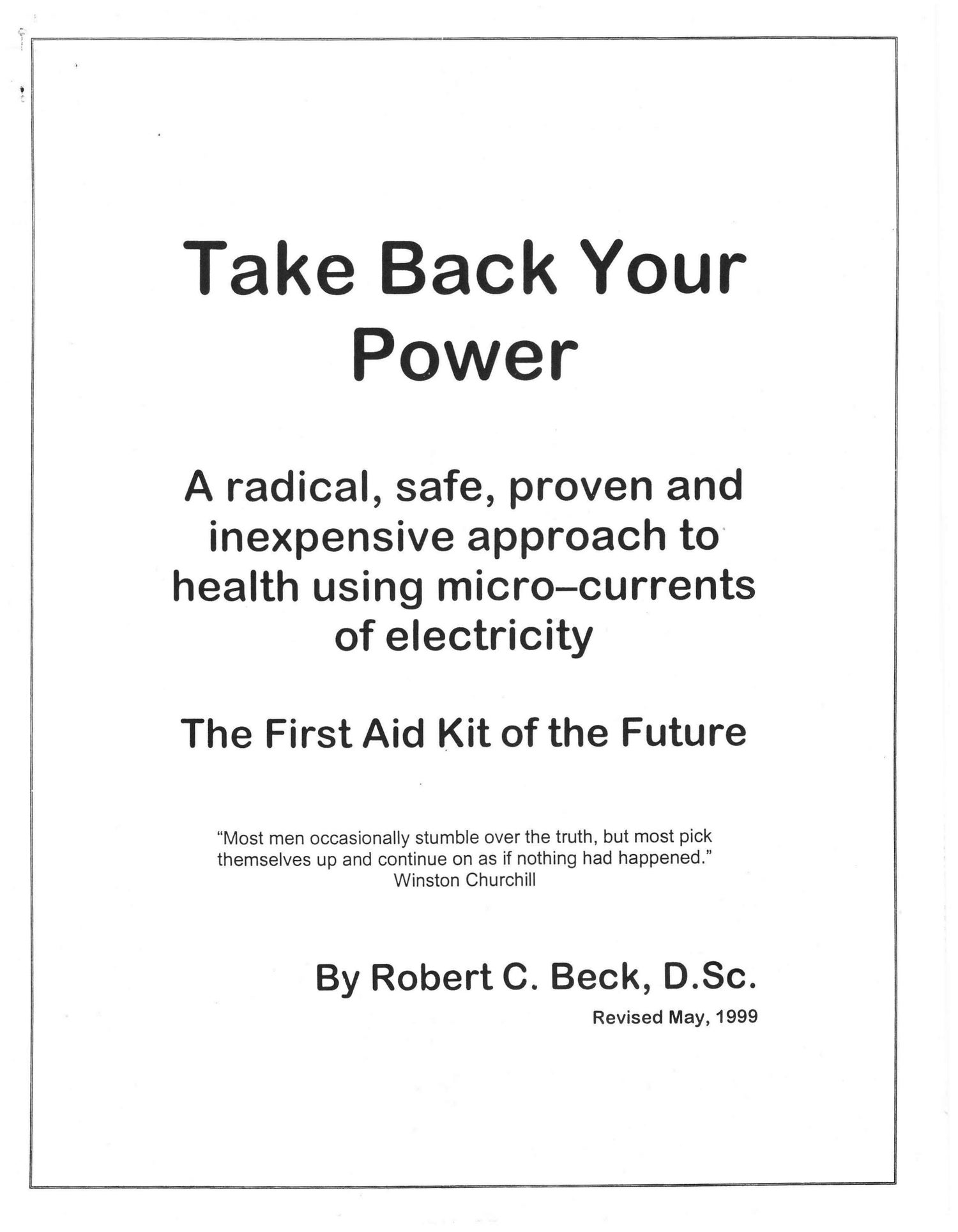 Take Back Your Power

This 57 page document has been in the scientific underground floating around for a while now and is very hard to find these days. It reveals the technical aspects of Dr. Robert C. Beck’s work, as part of an approach to integrative medicine that really works, when it comes to clearing the body of viruses, protozoas, and bacteria.

I WANT TO LEARN MORE ABOUT GASTON NAESSONS!

It also kills the coccyx bacteria that emerges from red blood cells when they go into their polymorphic cycles, like the somatid does when decomposition starts to set in.

This makes for great reading and will inform you more to how the technical aspects of the Beck Protocol works like it does.

Here is a light summary of Dr. Beck’s story taken from “The Beck Protocol” written by Matthew Stein who wrote a book titled “When Disaster Strikes”


_______________________________________
Bob Beck, DSc, an inventor and physicist, invented the modern Xenon electronic flash bulb when he was just a teenager. When Beck was in his mid-fifties and his health was failing, his doctors told Beck that a sedentary life-style, poor diet, and old age had simply caught up with him and there was very little he could do about it. Scouring through hundreds of medical journals and books, Beck uncovered groundbreaking medical research outlining procedures that had proven quite effective in clinical studies, yet had never seen commercial realization.

Beck used his creative genius to develop a set of simple electronic devices and procedures that enable people to apply these medical innovations simply and cost effectively in the comfort of their own home. His combination devices and procedures are now known as “The Beck Protocol,” which Beck refused to patent, but gifted to the world. Many people who had been seriously ill with a multitude of chronic and deadly diseases, ranging from AIDS?HIV to hepatitis C, Fibromyalgia, and stage 5 cancers, have offered glowing testimonials to the effectiveness of this relatively simple protocol.

The Beck Protocol consists of the following four self-administered treatments:

The blueprints for building your own Beck blood electrifier are included in this disclosure.

You can not expect Western medicine to be in the know of these kind of approaches, because it takes about $900 million dollars to get any of these approaches through their testing procedures. Since most of these approaches are low cost technologies, no one has the money to pay the FDA the enormous amounts of money needed to get their approval. However, if you desire to see how well these approaches work, buy and read my book THE MASTER'S KEY as I show you documented case studies I spent years putting together so you can see what the system is not showing you or telling you about, all because of the money.

There are many things that really do work in this world that can save your life and change your biological terrain into a clean working system again, which you will not find Western medicine offering. The truth about Western medicine is they only go so far trying to figure out your health issues and eventually give up while offering you nothing but drugs to manage your symptoms. Don't be another one of their victims. Be proactive with your own health care and go outside of the box to learn how you can turn your own health issues around on your own.

THE MASTER'S KEY serves as a field guide that will help you learn what works in the marketing place and why, so you can work better with all your health care providers as you take control of your own health to get your own body well whether you are righting anything from CFS to something as serious as cancer.