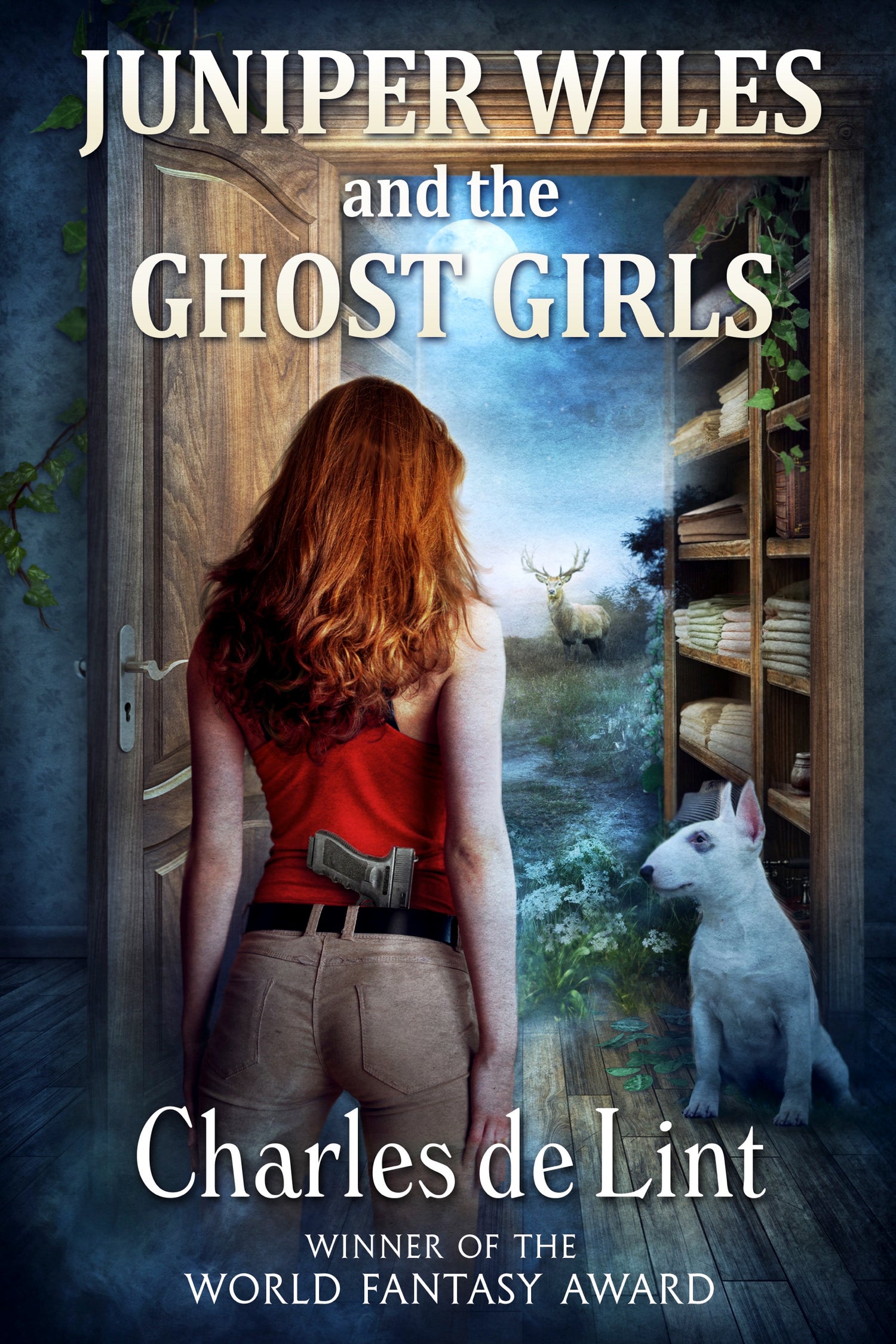 Juniper Wiles and the Ghost Girls

On Sale
$6.99
$6.99
Added to cart
Anyone who knows her wouldn’t be surprised to learn that Jilly sees the world through a prism of faerie tales. It was years before I came to understand that she wasn’t just being whimsical when she talked so easily about hobs and brownies and various kinds of faerie creatures.

Faerieland, otherworlds, and all the denizens and creatures you might imagine to live there.

It was all real.

And so were ghosts.

I remember when I first realized this. I felt like my head was going to explode.

Juniper should have known better after her last foray into the otherworld. But when she’s asked to look into a mysterious box full of poltergeists she ends up making a promise to seven teenage ghosts that puts here directly in the crosshairs of a blood witch’s deadly ire.

“Charles de Lint is the modern master of urban fantasy. Folktale, myth, fairy tale, dreams, urban legend—all of it adds up to pure magic in de Lint’s vivid, original world. No one does it better.”

I can never recapture the feeling of first arriving in Newford and meeting the people and seeing the sights as a newcomer. However, part of the beauty of Newford is the sense that it has always been there, that de Lint is a reporter who occasionally files stories from a reality stranger and more beautiful than ours. De Lint also manages to keep each new Newford story fresh and captivating because he is so generous and loving in his depiction of the characters. Yes, there are a group of core characters whose stories recur most often, but a city like Newford has so many intriguing people in it, so many diverse stories to tell, so much pain and triumph to chronicle.

“De Lint creates an entirely organic mythology that seems as real as the folklore from which it draws.”

“De Lint is a romantic; he believes in the great things, faith, hope, and charity (especially if love is included in that last), but he also believes in the power of magic—or at least the magic of fiction—to open our eyes to a larger world.”

“It’s hard not to feel encouraged to be a better person after reading a book by Ottawa’s Charles de Lint.”

If Ottawa-area author Charles de Lint didn't create the contemporary fantasy, he certainly defined it. …writer-musician-artist-folklorist de Lint has lifted our accepted reality and tipped it just enough sideways to show the possibilities that lie beneath the surface… Unlike most fantasy writers who deal with battles between ultimate good and evil, de Lint concentrates on smaller, very personal conflicts. Perhaps this is what makes him accessible to the non-fantasy audience as well as the hard-core fans. Perhaps it's just damned fine writing.

In de Lint's capable hands, modern fantasy becomes something other than escapism. It becomes folk song, the stuff of urban myth.

Charles de Lint shows that, far from being escapism, contemporary fantasy can be the deep mythic literature of our time.

―The Magazine of Fantasy & Science Fiction

Maybe you find it hard to believe that the dirty, smelly, crowded modern-day city can have any sort of mystique or magic to it, but believe me, there's a lot more than what meets the eye. Legends stalk the slums, ghosts haunt the cobblestoned streets, goblins dwell in the buried part of the city, and nightmares share the roads. The city itself possesses character, spirit, and an identity.

—Green Man Review
You will get the following files: