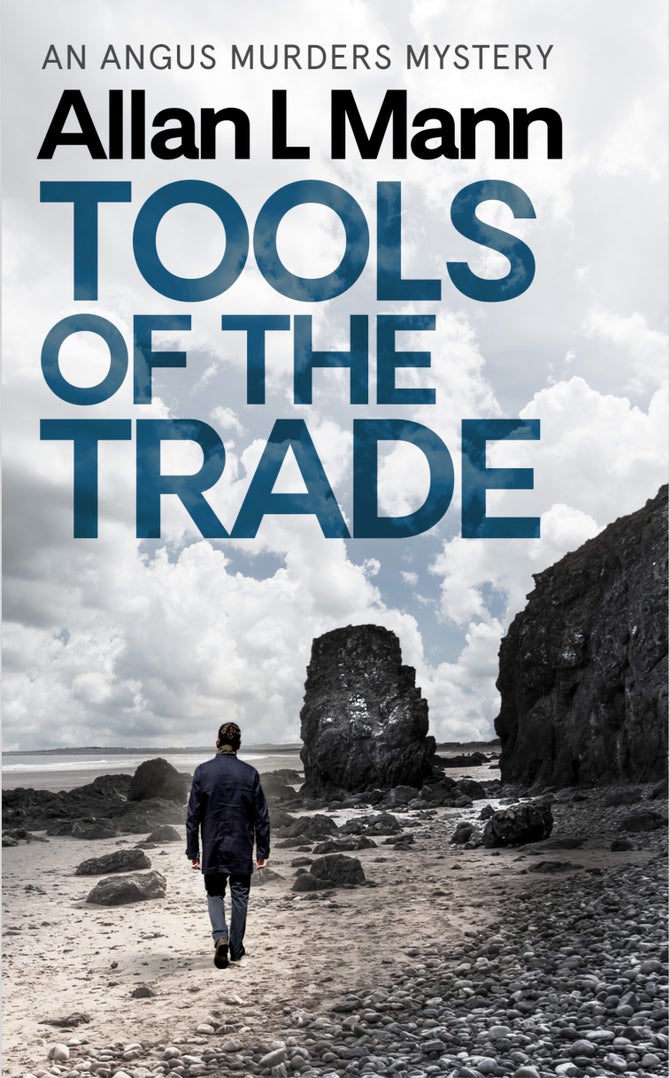 Tools of the Trade. An Angus Murders Mystery (Book1) paperback.

There’s a tool for every job—and murder is no exception.


When the body of Bobby Gant, head of research and development for a local outdoor clothing manufacturer, is found tied to the rocks below the high tide line at the foot of the cliffs of Arbroath, a stretched Police Scotland find themselves with no-one to head the team.

Retired DS Tom Guthrie is called in as a consultant to lead the team, but his assignment is not well received by some of those he used to work with.

Amid his frustration with the lack of progress in the case, a fire in an empty warehouse kills a homeless man. Guthrie now has to juggle two deaths, an inexperienced team, an antagonistic boss, and an unexpected relationship, all of which seem intent on derailing the murder investigation.

“A terrific read. Keeps you guessing from the beginning. Guthrie is a complex character that you can’t help but like.”
“Another great Scottish crime novel. The scenery is a character in itself.”


Tools of the Trade is the first full-length outing for Tom Guthrie. Set in the atmospheric surroundings of Angus in the east of Scotland, the weather, the buildings, and the people all play their part to help—and hinder—Guthrie in his task of solving a murder.