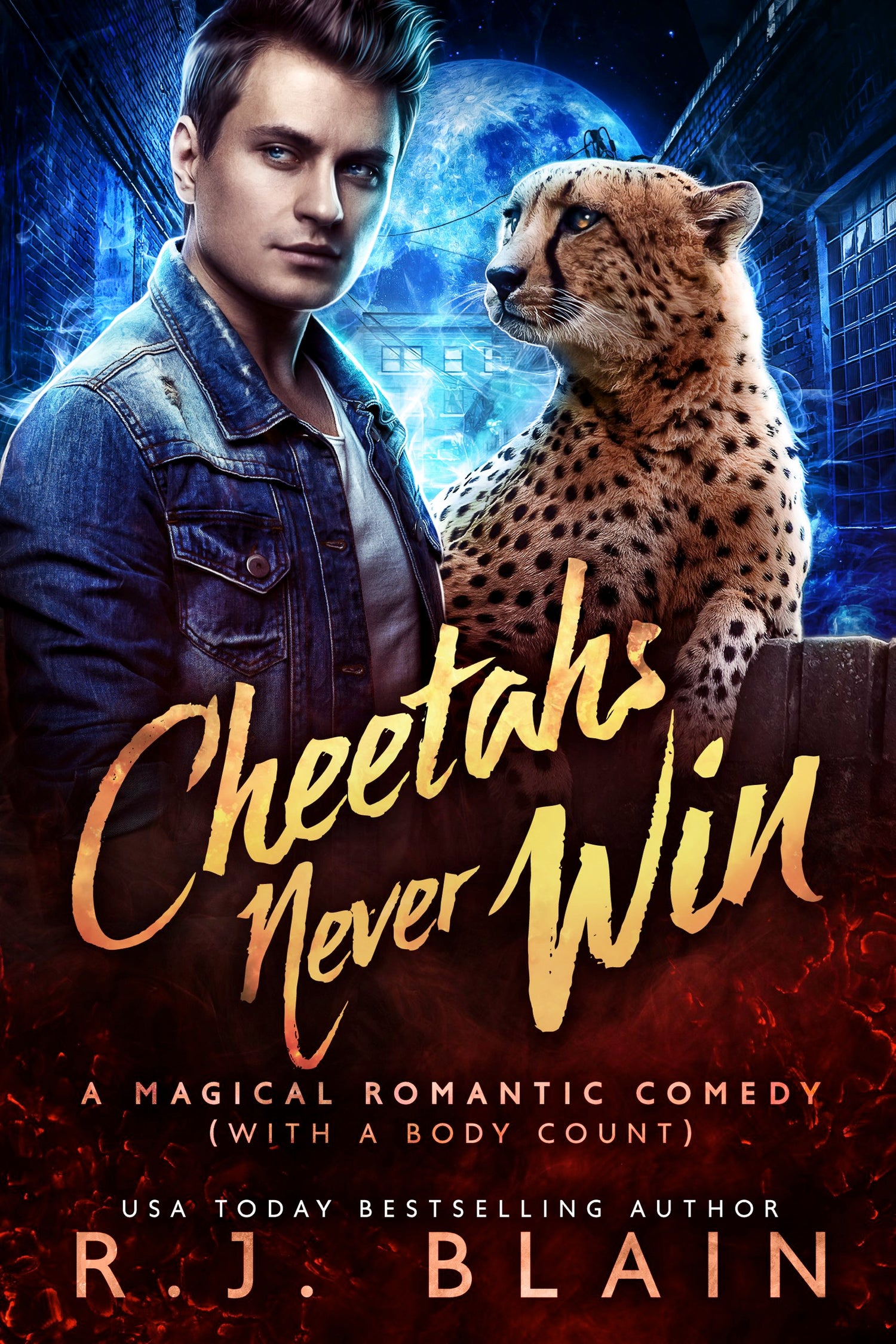 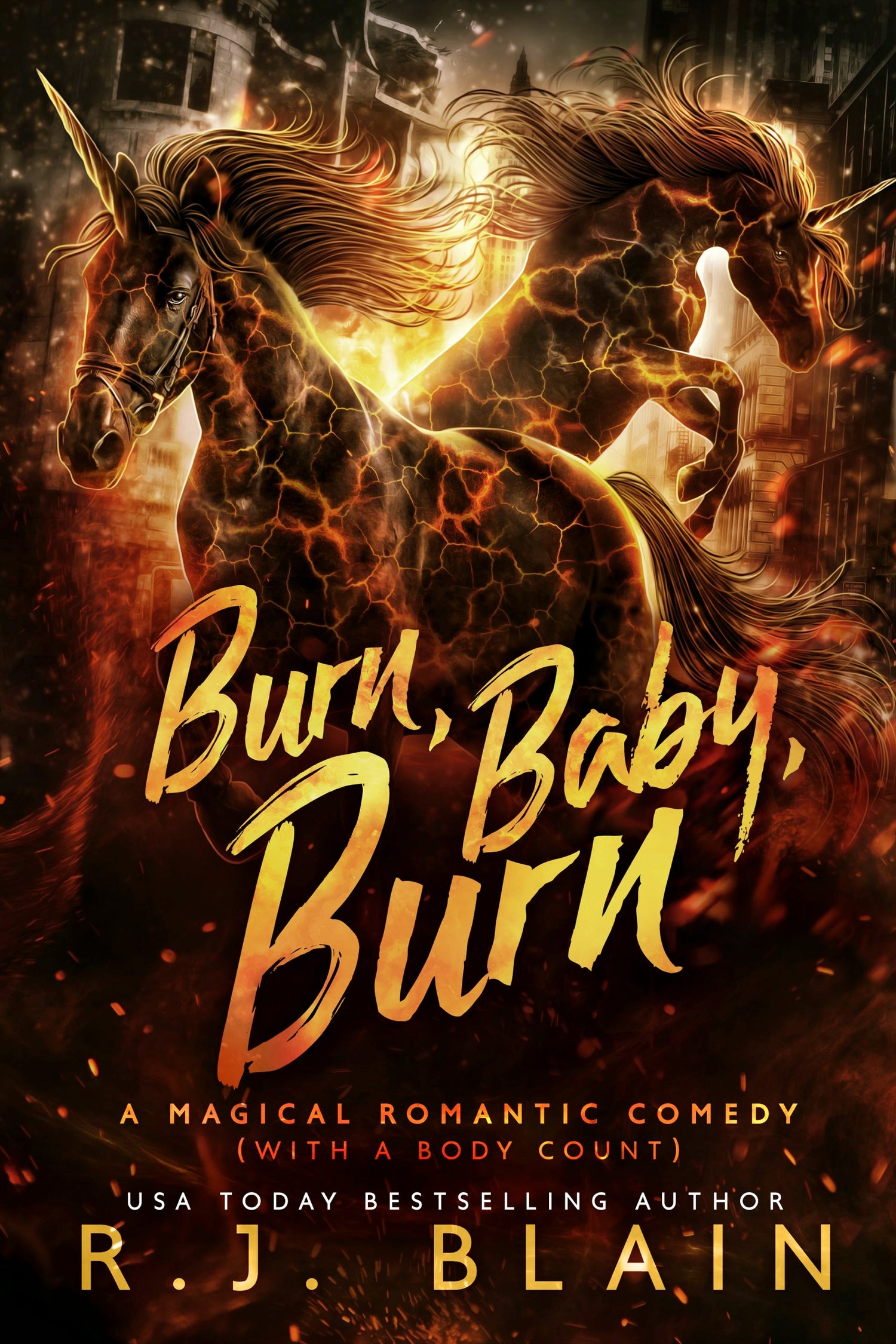 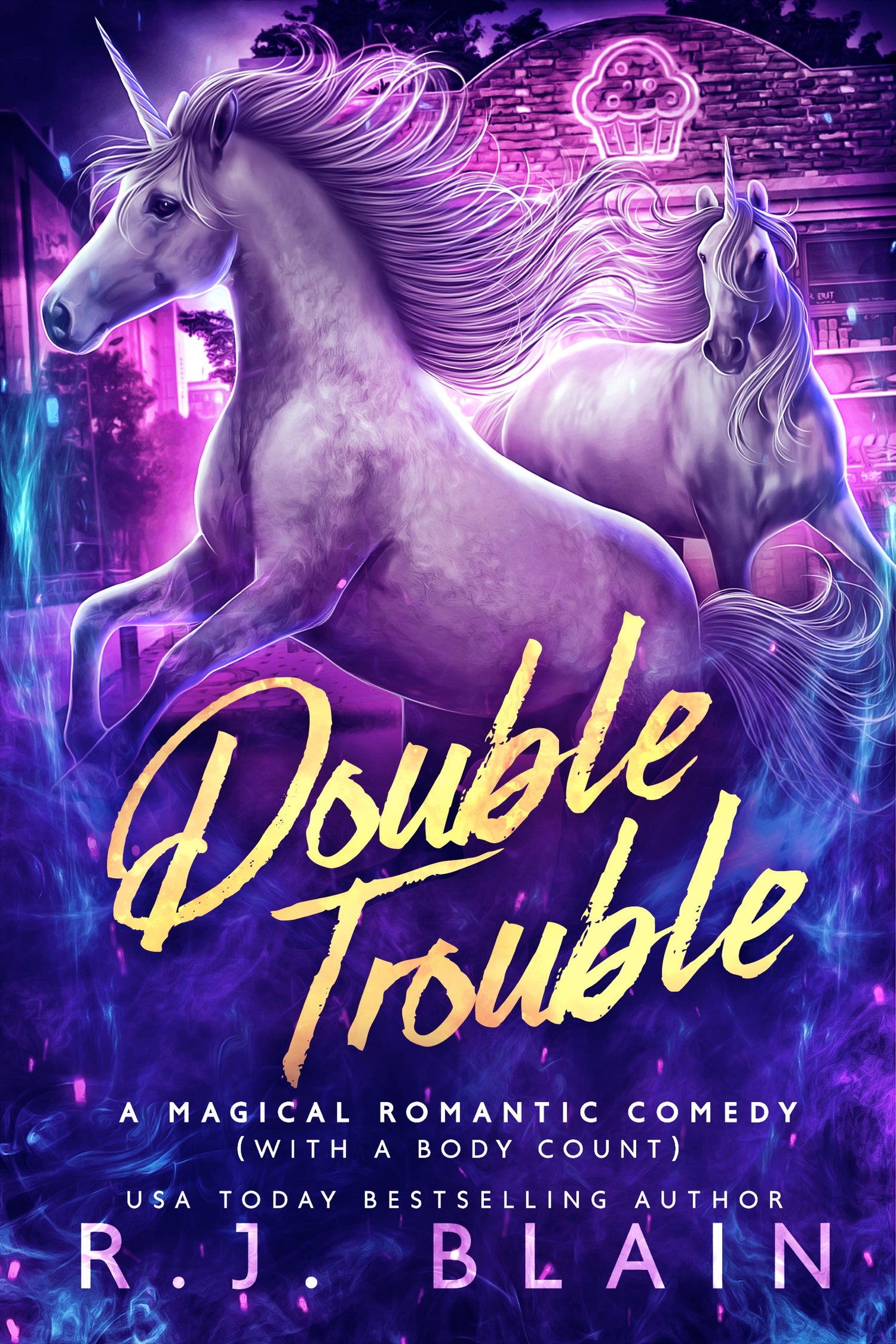 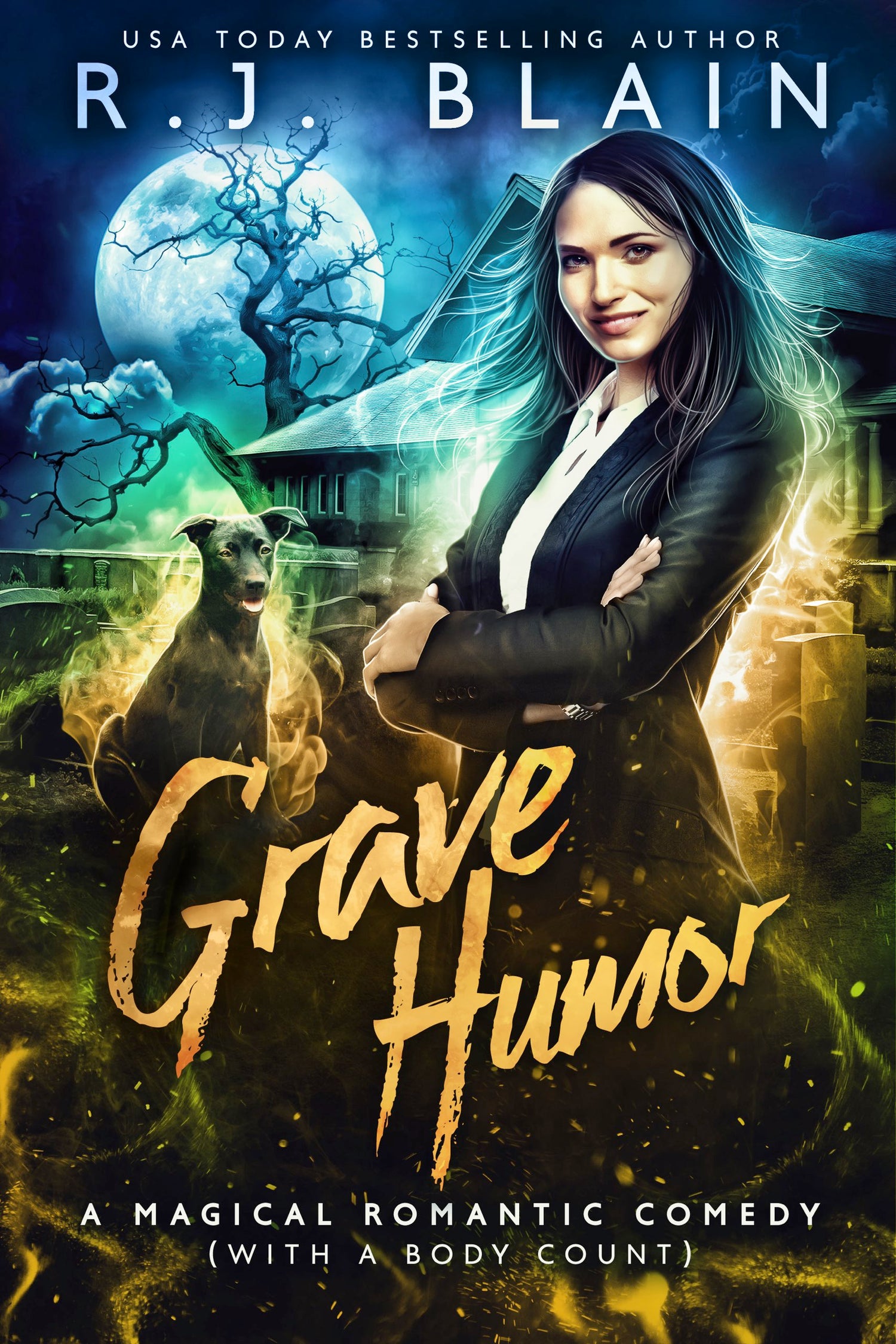 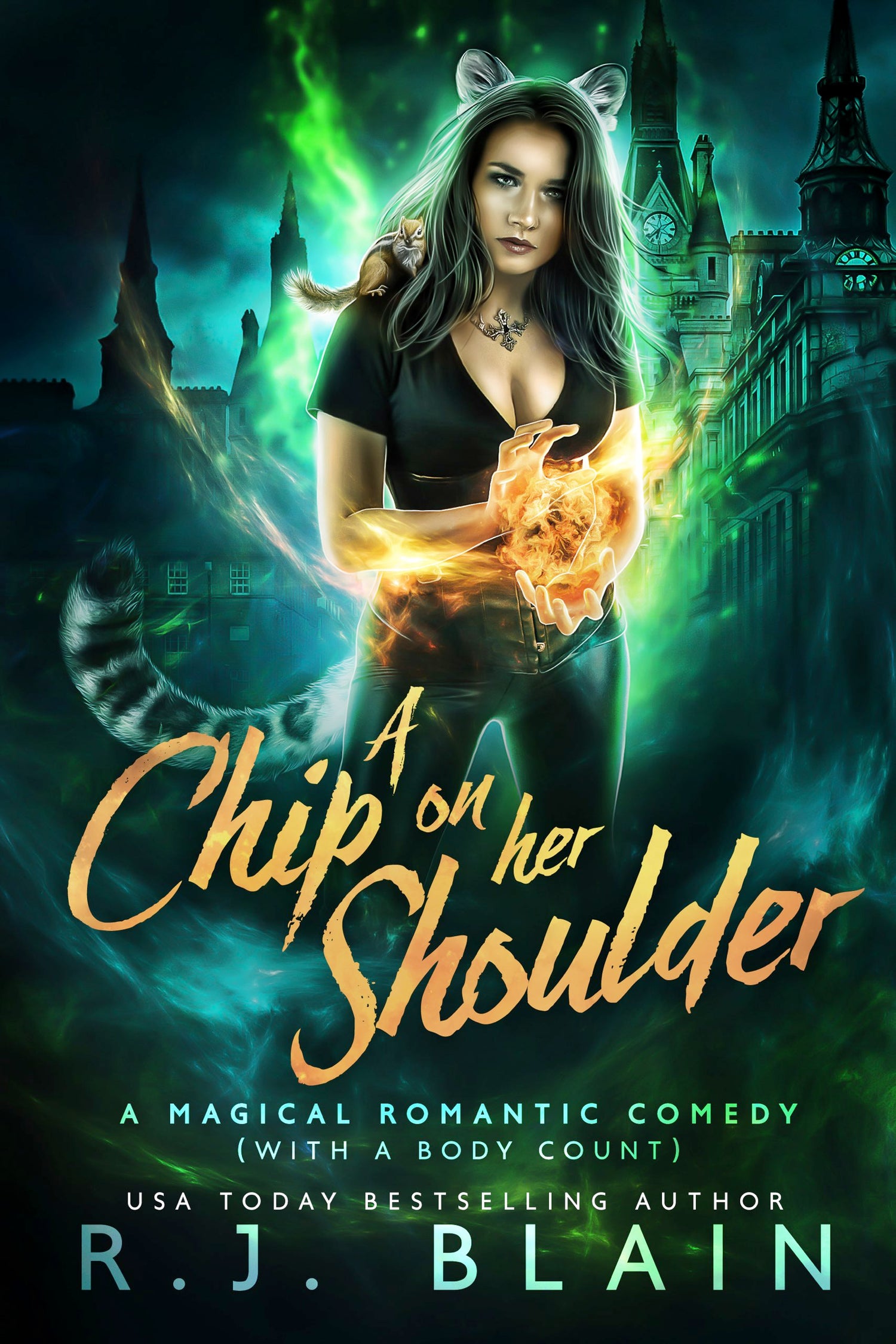 Witnessing a double homicide dumps Aaron Clinton into the middle of a gruesome murder investigation. To stop the budding serial killer from striking again, Aaron’s forced to join forces with a reformed cop and a colony of cranky cats.

Bailey and Quinn are back! Bailey Ember Gardener Quinn should’ve read the manual on caring for an incubus before marrying hers. The marriage license hadn’t mentioned anything about their sexy, insatiable ways. If she doesn’t get a single night of undisturbed rest soon, she’ll snap—or go on a napalm bender. Either would work.

Recruiting Tiffany “Perkette” Perkins to be her partner-in-crime isn’t the best idea, but nothing says fun quite like a road trip, and Perkette the Misdemeanor Collecting Queen could teach the devil a thing or two about having a good time. Add in a string of rabies cases, more puppies than she can count (or readily adopt,) a job promotion, and her very own incubus in disguise on the hunt for her, and Bailey’s in for one hell of a ride.

Warning: this novel contains excessive humor, a unicorn on a napalm bender, Quinn on the hunt, and more shenanigans than you can shake a stick at. Proceed with caution.

This novel is also included in Water Witch: a Dustin Walker Anthology and Other Tales by RJ Blain.

Layla, a recovering drug addict, reformed kleptomaniac, and general troublemaker, believes she has a one-way ticket straight to hell to go with her general rap sheet. Instead of jail time, she’s ordered to perform ninety days of community service.

Her job is simple: she must keep two unicorns out of trouble.

It doesn’t take her long to learn the truth: she’s been assigned to a dose of double trouble, and wherever the unicorns go, chaos and mayhem follow in their wake.

One wants to take over the world.

The other wants in her pants.

Unless she pulls out all the stops, Layla won’t escape her community service time single or sane.

Most days, Anwen regrets working at a funeral home. With the residents no longer inclined to stay in their coffins where they belong, she’s got her hands full making sure everyone follows the rules: In the funeral home, there is no screaming, no murdering, no mutilation, no possessions, no kidnappings, no resurrections, and no cursing of any type. Be quiet and stay polite.

The day Old Man McGregor decides to take a walk and disturbs her peace, Anwen learns there’s a lot more to the basement in the funeral home than a vampire and a handsome gentleman on ice. If she’s not careful, she’ll learn first-hand why ‘eternally yours’ is the most potent of threats.

A Chip on Her Shoulder:

After a deal with loan sharks sours, Darlene’s brother is permanently transformed into a chipmunk. Not one to accept impossibility as a good excuse for failure, she’s determined to rescue her brother and secure revenge against those who’d poisoned him with grade-a transformatives.

If she wants to perform a miracle, she’ll need to join forces with a divine, but the man upstairs and his angels refuse to help.

None of the other so-called benevolent divines are willing to help her, either.

Running out of time and options, Darlene prepares to storm the gates of hell for her brother.

She never expected to fall in love with the Devil.

Warning: this novel contains a woman with a chip on her shoulder, humor, and one hell of a hero. Proceed with caution.
You will get the following files: