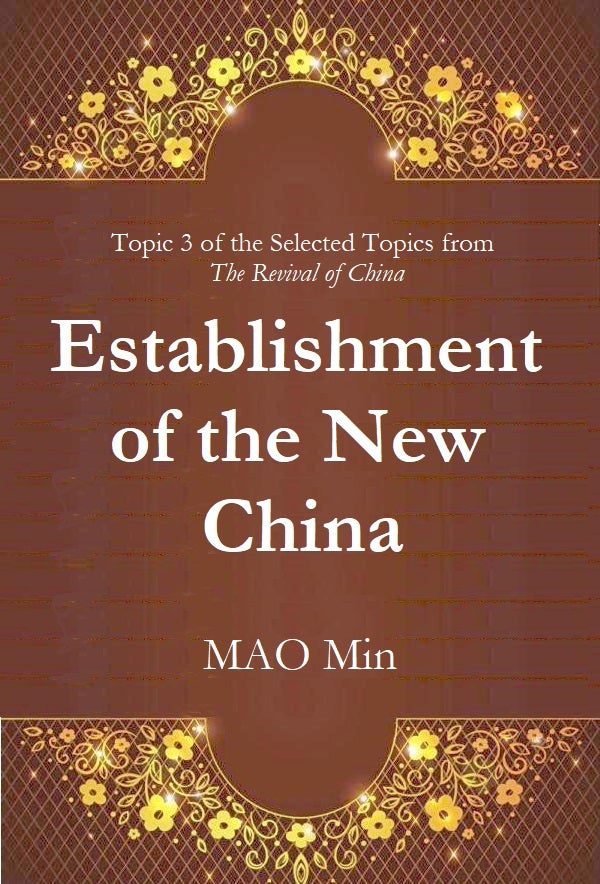 Establishment of the New China: Topic 3 of the Selected Topics from The Revival of China