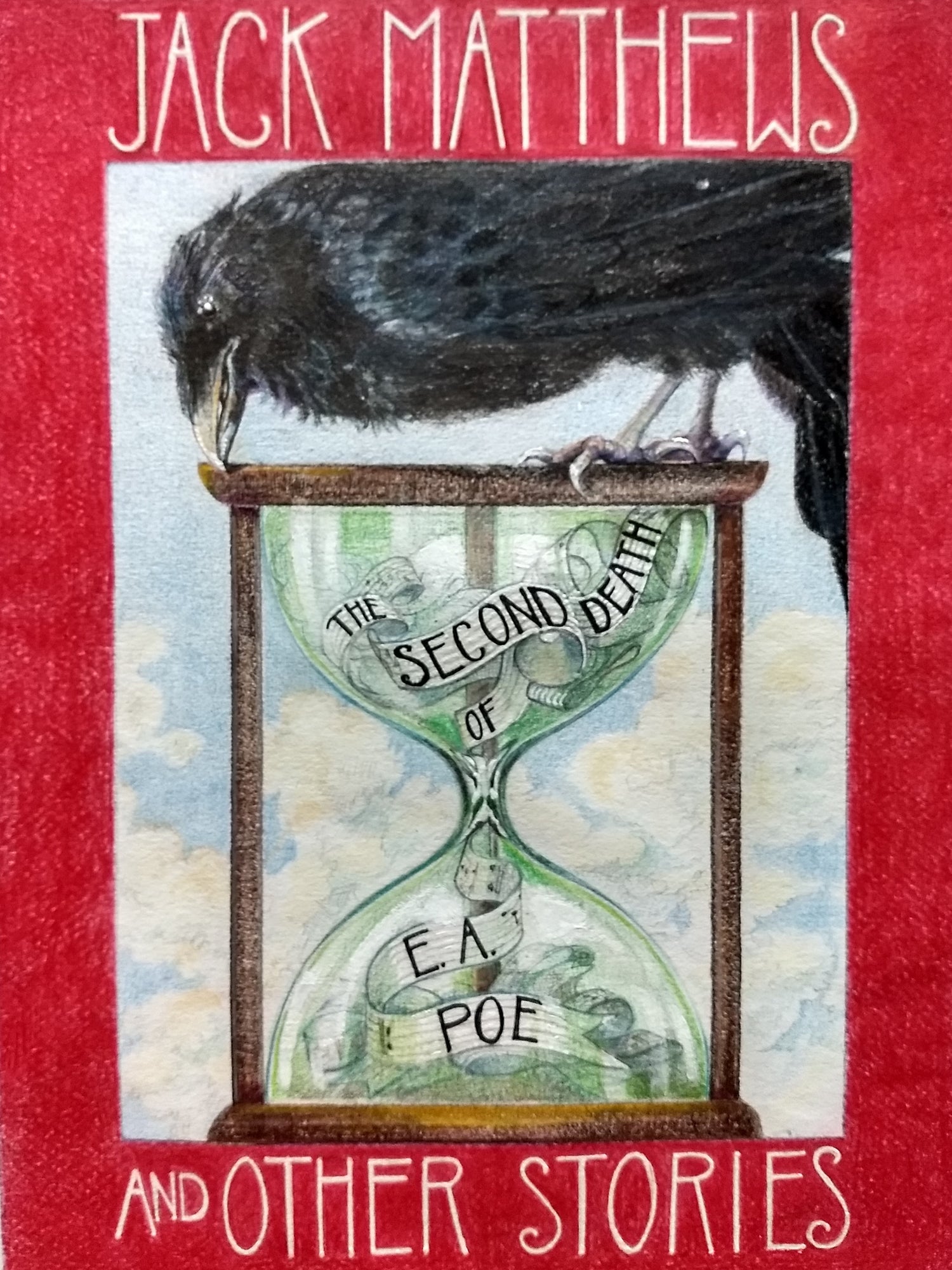 Second Death of E.A. Poe and Other Stories by Jack Matthews (all ebook formats bundle)

On Sale
$1.80
$1.80
Added to cart
[DOWNLOAD INCLUDES EPUB, MOBI AND PDF FILE INSIDE 1 ZIP FILE]
Did Edgar Allen Poe fake his death? That’s what a Baltimore doctor needs to figure out in the title tale for this 11th story collection by Jack Matthews. As one critic wrote, “Matthews stories are like friends from small towns: They are honest, warm, occasionally lyrical and as strange and idiosyncratic as the rest of us.”

Characters face all kinds of improbable situations in this collection. A US army battalion finds itself locked in an absurd stalemate with German troops at the end of World War Two. A second-string college football player inexplicably receives an athletic prize. A middle-aged man discovers that random women around his neighborhood are walking around nude. A man witnesses a car falling out of the sky into a supermarket parking lot. A book collector and his wife concoct a mad plan to outbid a mysterious competitor for a 17th century manuscript.

In the novella-sized title story, Edgar Allen Poe’s doctor investigates the mystery of Poe’s disappearance from his deathbed and the very real possibility that Poe (or someone purporting to be him) has fled to Louisiana and been sending enigmatic clues. As author of several novels set in 19th century America (Gambler’s Nephew, Sassafras and Soldier Boys), Jack Matthews (1925-2013) writes about early America with gusto and insight.

In contrast to previous story collections (which lean more to the cerebral or poetic), the Matthews stories collected here are down-to-earth yarns: gently satirical and reminiscent of John Cheever’s fiction. Most are like pleasant strolls through Midwestern neighborhoods, glimpsing random people at backyard parties, cafes and parking lots.

Read more about this ebook at the author's ghostlypopulations website.
You will get a ZIP (11MB) file