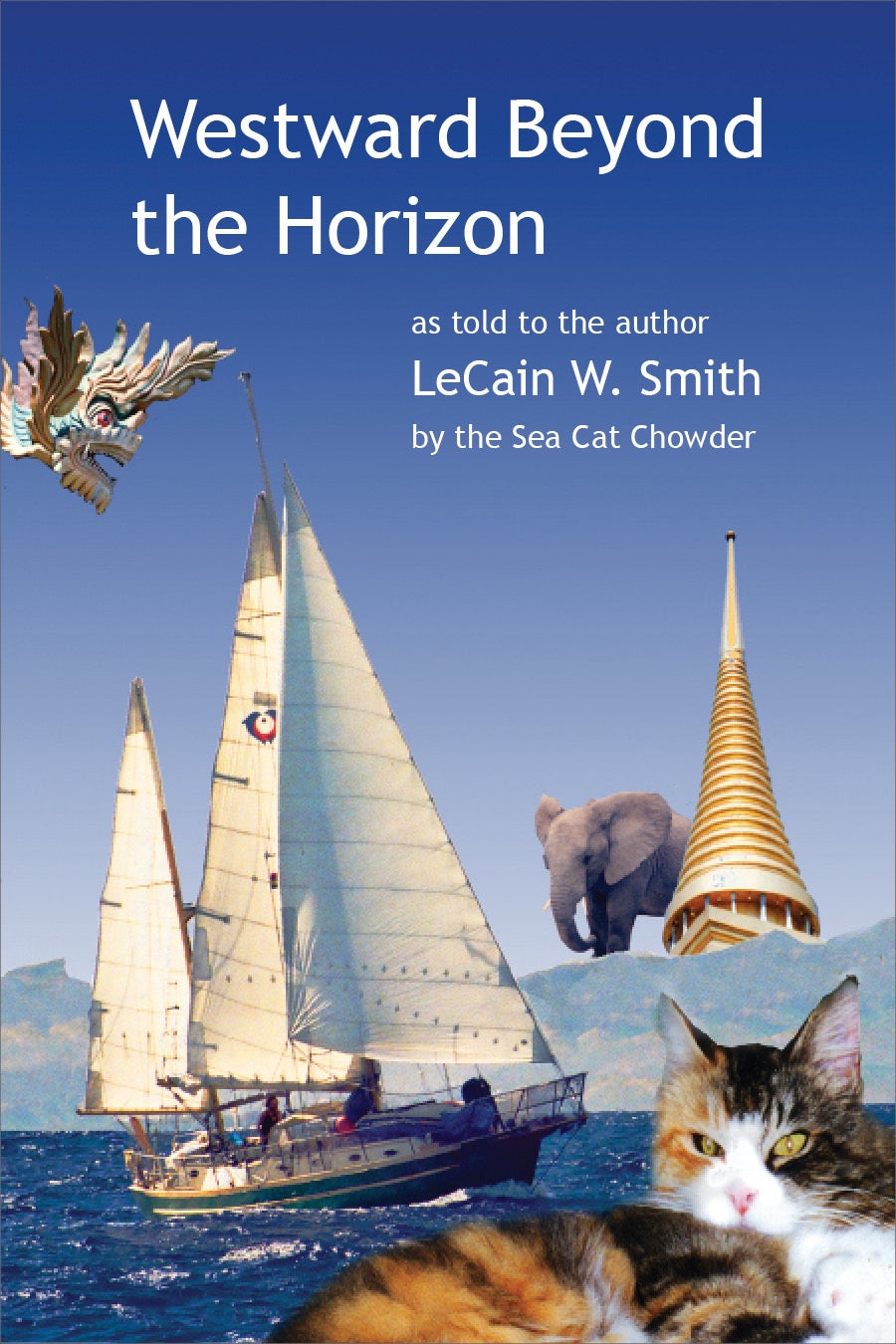 Westward Beyond the Horizon

On Sale
$6.99
$6.99
Added to cart
With over four years of cruising down the Americas and across the Pacific Oceans under her paws since she left home, Chowder presumes she is capable of handling anything. But, when voyaging around the world for six years on a sailboat there is always more surprises in store for an exploring sea cat, especially when the unexpected is bound to happen.

In this last book of the series, Chowder first finds herself in Australia, a continent full of crocodiles, kangaroos, and aborigines. Over the remaining years of this grand voyage, Chowder, Captain Lee, and mate Sheila first plot a course through the islands of Indonesia to the exotic countries of Malaysia and Thailand. Eventually they sail across the Indian Ocean to South Africa and further beyond into the South Atlantic to Brazil and the Caribbean Sea, before making the last crossings via Bermuda to their new home on the downeast coast of Maine.