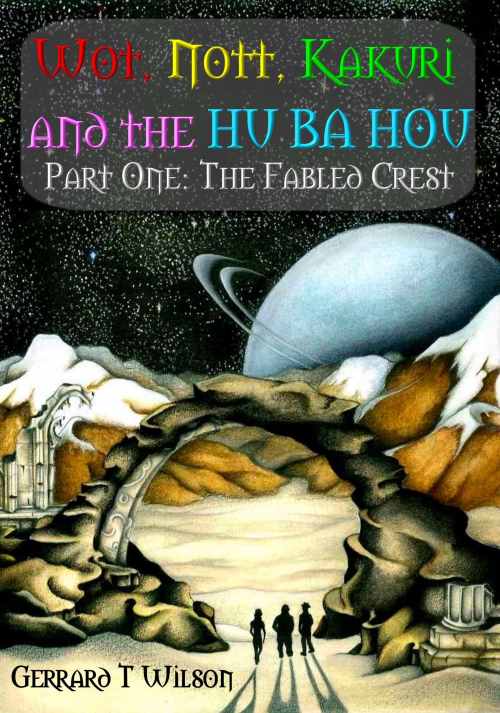 Wot, Nott, Kakuri And The HU BA HOU:Part One - The Fabled Crest

We were not boy wizards, vampire’s assistants or even living skeletons, we were normal everyday people living normal everyday lives, with no inkling of the tremendous events that were about to unfold.

Our adventure began with the arrival of a peculiarly small Christmas card, which sent us hurtling to the mystical land of Onisha, where Umahia, the Grand Mystic, asked for our help. He told us that he needed our help to fight, stop and ultimately defeat ‘Miafra, the evil,’ the mystic who had stolen his powers, the seasons, free will and all time. Umahia told us that we had powers, powers that up until then we had no inkling we possessed, which might, just might help us to defeat the evil man…

We had no idea, no inkling whatsoever, that we were going to be attacked by Protectors atop Hound-Horses, fight a statue hell-bent on killing us, be betrayed in our sleep, and be forced to fight a dangerous beast called a Dragonsaur. No, we had no idea at all. If we had, we might have chosen not to heed Umahia’s call and, thus, leaving the land of Onisha exposed to untold dangers…