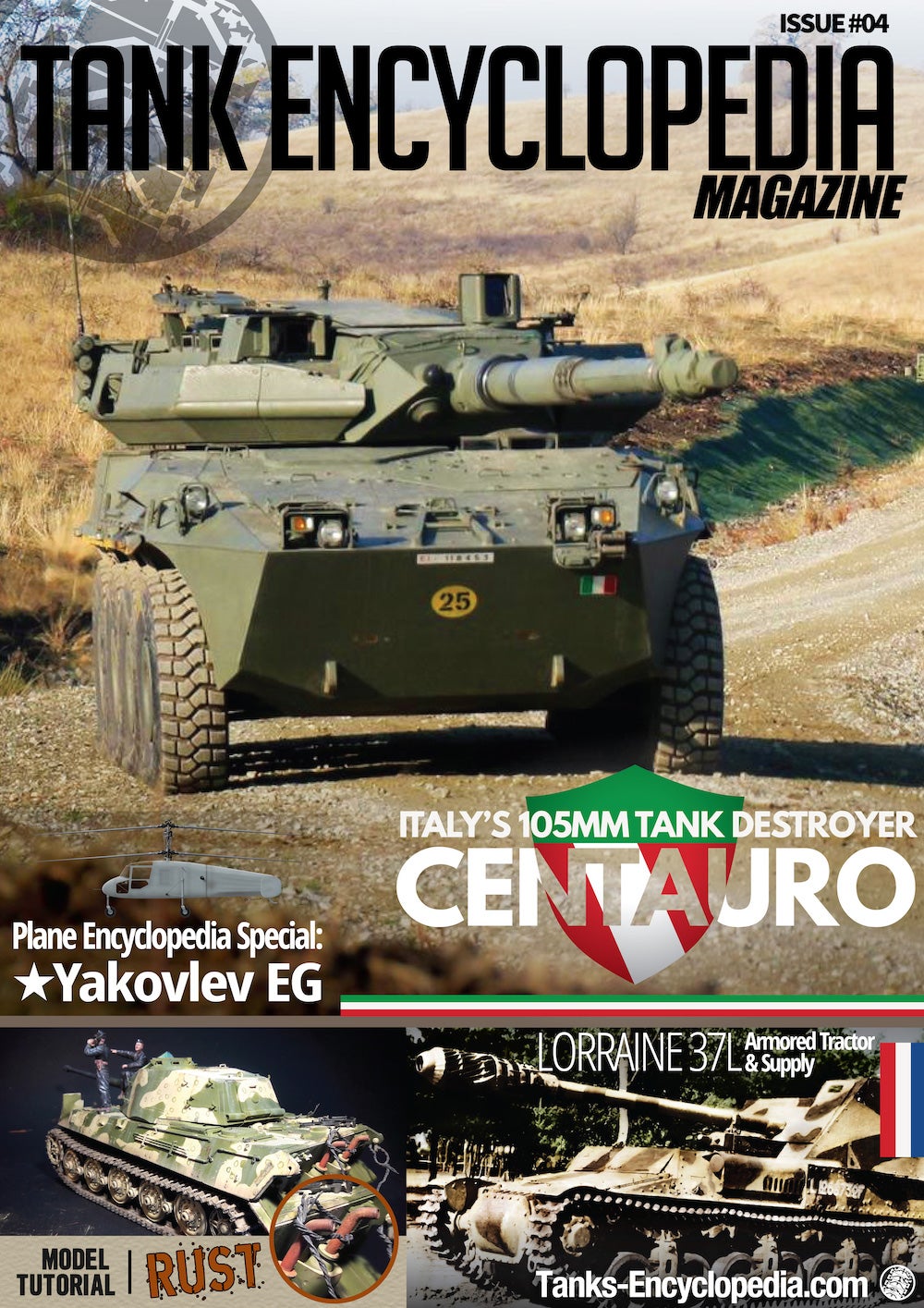 Our Archive section covers the story of the first combat engagement of the Hungarian Tiger Tanks. As usual, the article is based on unique documents never published before.

It also contains a modeling article on creating unique and realistic rust effects. And the last article from our colleagues and friends from Plane Encyclopedia covers the story of the Soviet prototype helicopter designed in 1946 by the Yakovlev OKB — Yakovlev EG!

All the articles are well researched by our excellent team of writers and are accompanied by beautiful illustrations and photos. If you love tanks, this is the magazine for you!