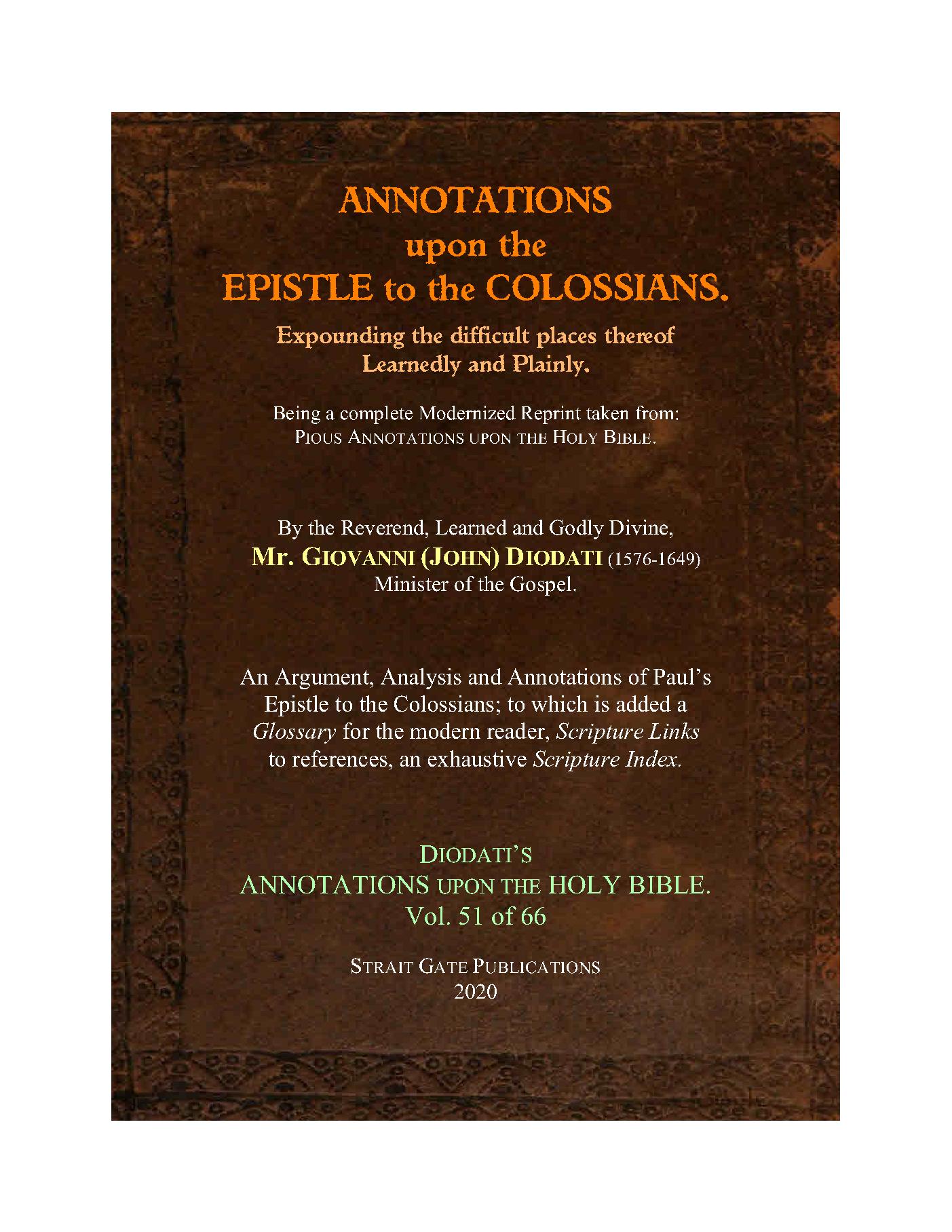 Annotations upon the Epistle to the Colossians. (1664)

On Sale
$1.50
$1.50
Added to cart
Expounding the Difficult Places thereof Learnedly and Plainly.
Being a complete, modernized reprint extracted from PIOUS ANNOTATIONS UPON THE HOLY BIBLE.

Giovanni (John) Diodati was born in Geneva, Switzerland in 1576. He became Professor of Hebrew in the Genevan Academy in 1597, and later followed Theodore Beza as Professor of Theology. In 1608 he also became pastor at Geneva. He was a member of the Synod of Dort (1618-1619) and one of the six theologians appointed to draw up the "Canons of Dort." He was the first translator of the Bible into Italian from Hebrew and Greek sources, along with Annotations; he did the same in French. His English Annotations were first published in 1648. He died shortly thereafter in 1649. — Of Diodati's Annotations, C. H. Spurgeon’s entry in Commenting and Commentaries reads: “Bickersteth says: ‘The spiritual and evangelical remarks are of much value.’ Diodati’s notes are short and worth consulting.” — The Analysis (analytical outline) of each Bible book is remarkably comprehensive and the intricate detail provides a mini-commentary in itself; in some ways this may be even more useful to the modern student than the Annotations.

This reset, modernized format version also has the added features of: a Glossary, Scripture Links to references only cited in the text, and an exhaustive Scripture Index. All sections are internally linked for maximum maneuverability within the document.
You will get a PDF (854KB) file