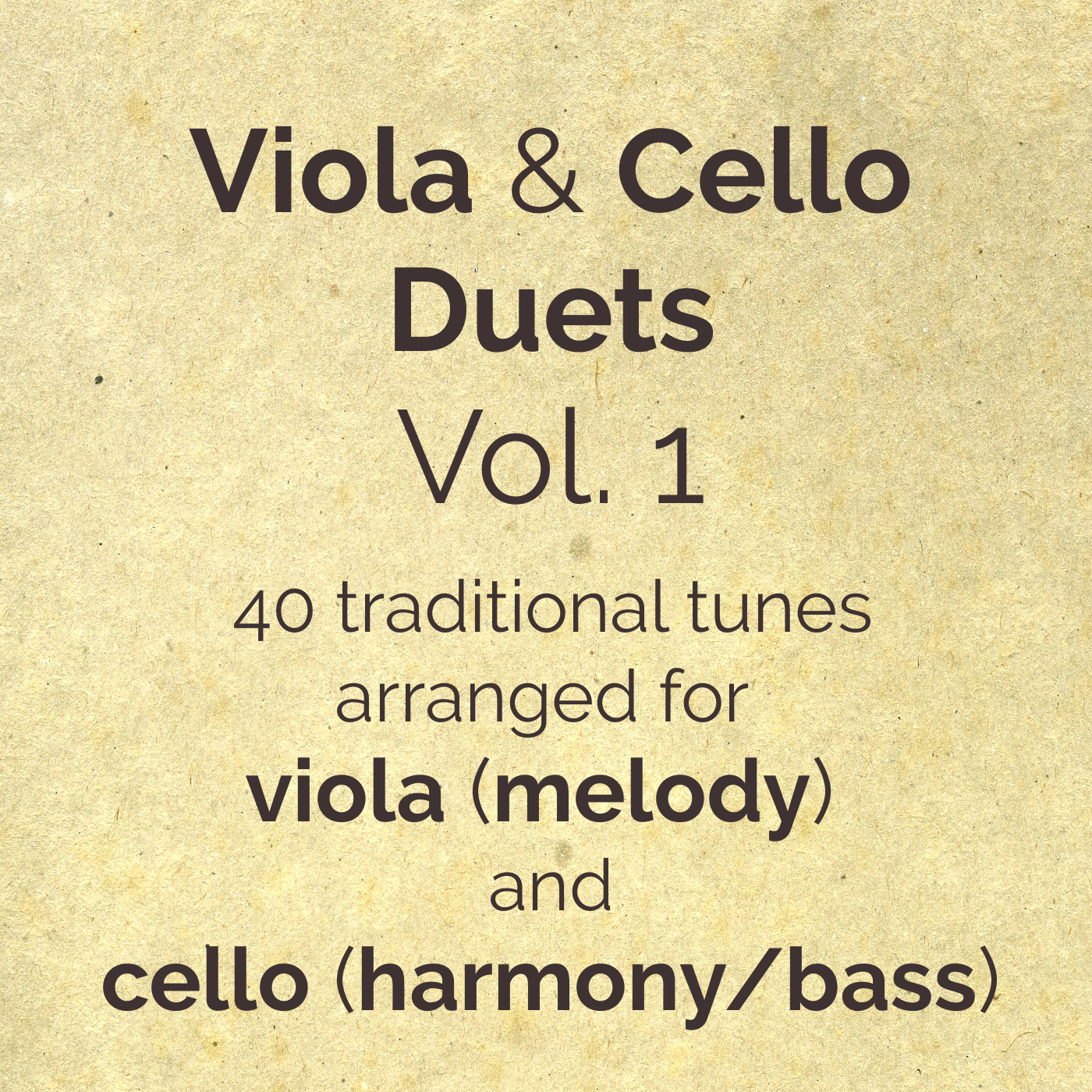 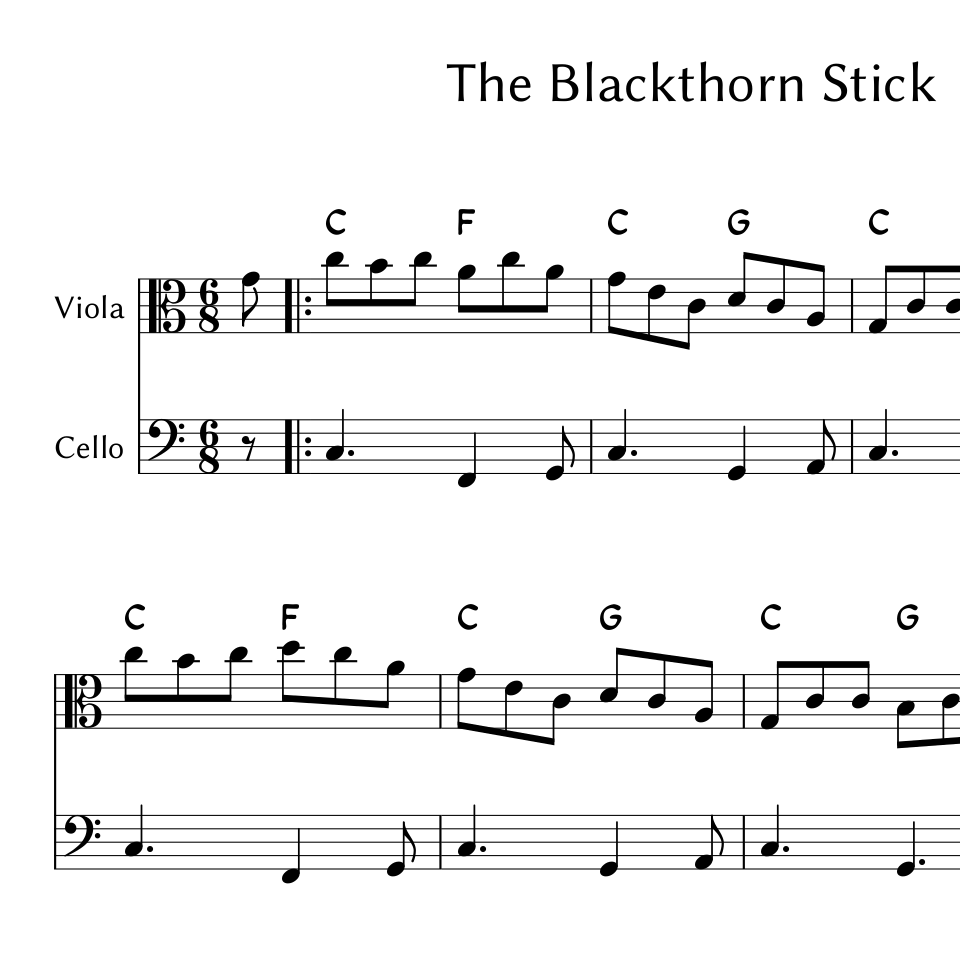 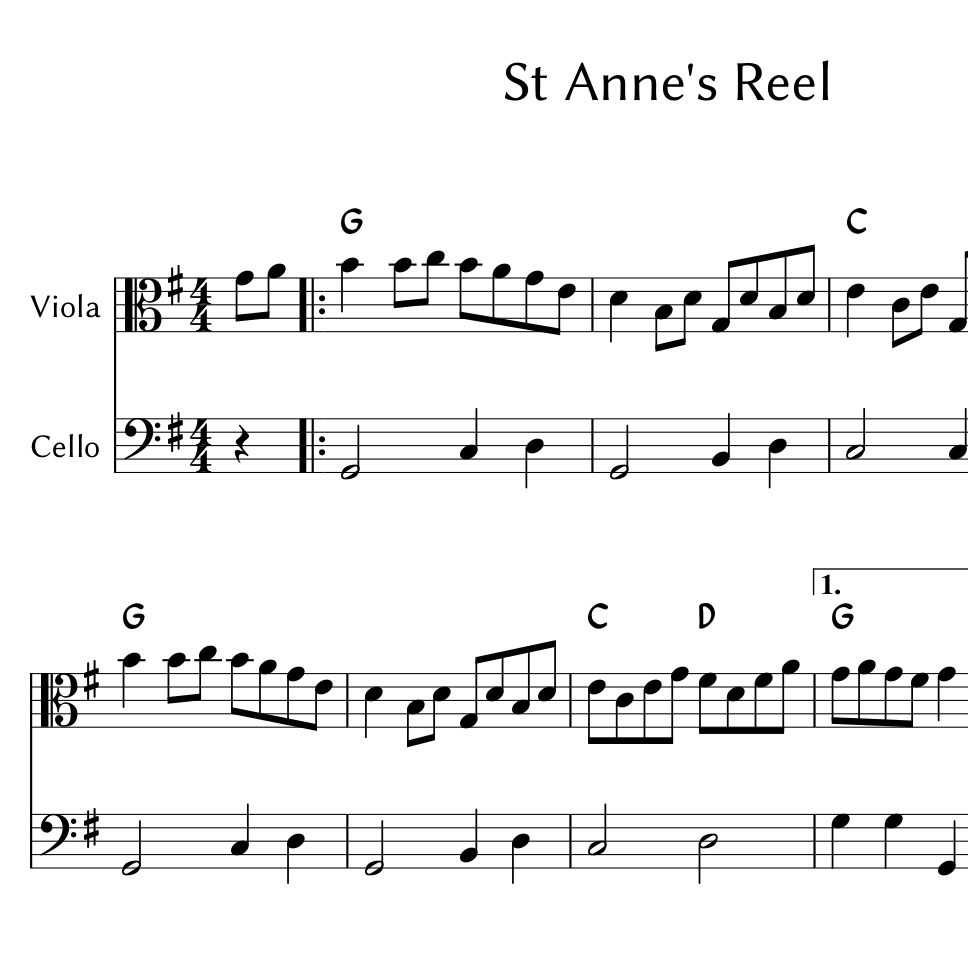 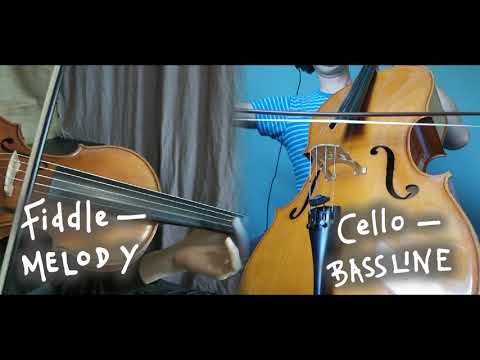 This is a collection of 40 traditional folk tunes, arranged for a viola playing the main tune, and a cello playing a harmony/bass part. The viola parts are written in alto clef and fit on the viola in first position. The cello parts are written in bass clef. There are chords written above the melody, so they can be played with an accompanist, e.g. on guitar or piano.

The following tunes are included:

For more folk viola resources, visit folkviola.co.uk.
You will get a PDF (1MB) file 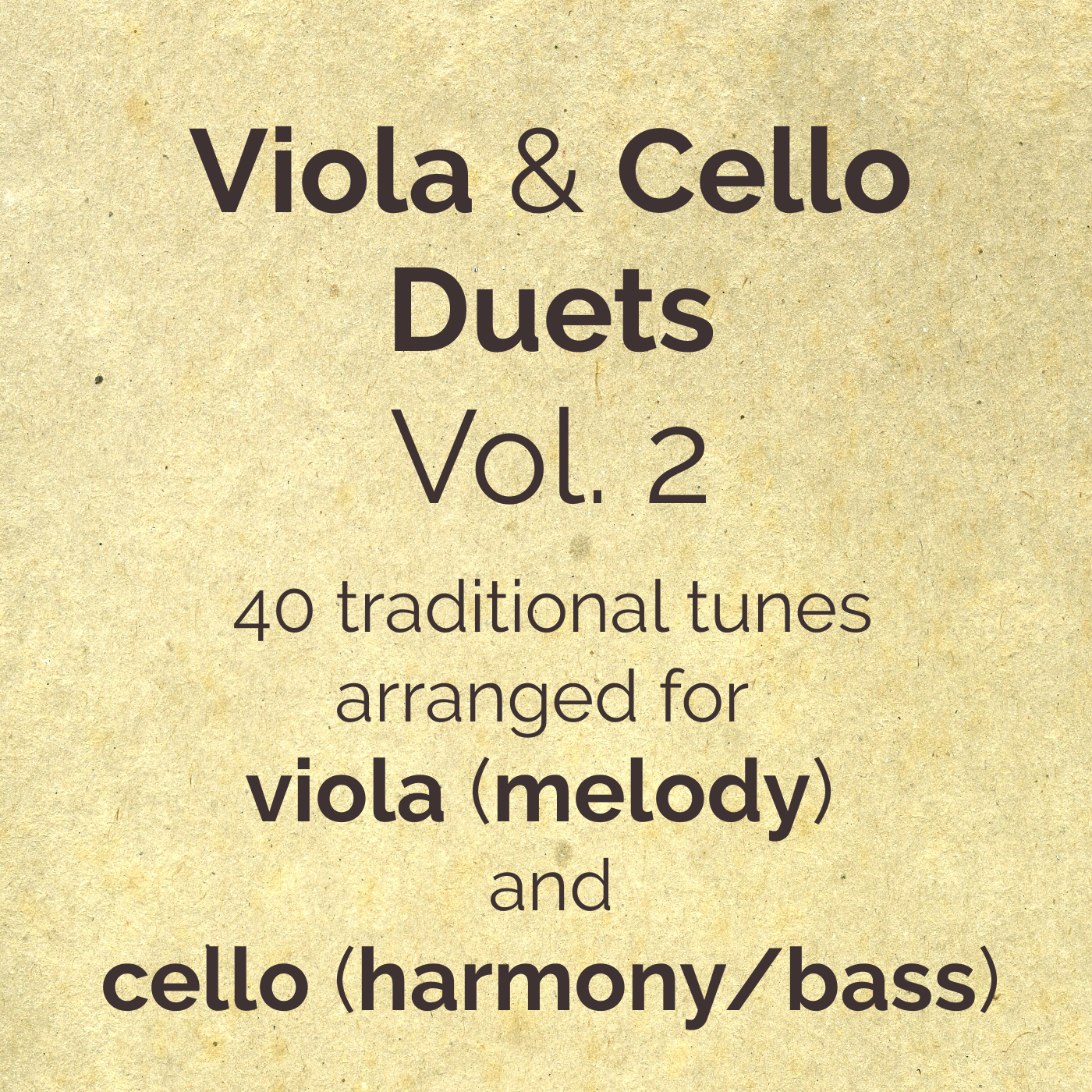