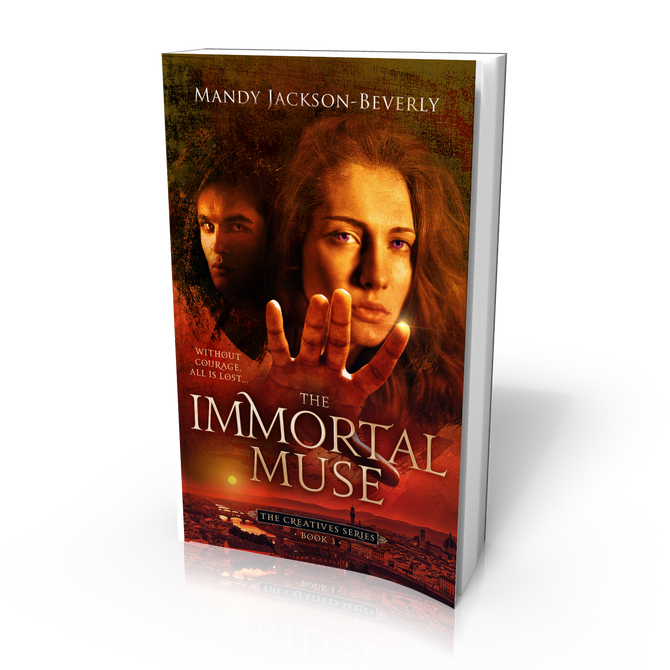 By Mandy Jackson-Beverly
The Darkest Depth Of Winter Has Arrived, And The Voices Of The Dead Are Calling.

When images of Gabriel's past indiscretions emerge from paintings, Coco questions her present life and the purpose of the Allegiance. She senses a seductive pull, the allure of her old life fed by her inherent need for freedom, and questions if this is reality or part of Kenan's plan to destroy her.

While the third incarnation of evil gathers strength, ancient tunnels beneath a Roman villa reveal the morbid history of Kenan and his predecessors and the secret of a fatal affair. Alessandro and Gabriel devise a plan to destroy Kenan, but someone will have to cross into a realm of women who died at his brutal hand--and a woman from Gabriel's past will lead the resurrection.

To fight this evil, Gabriel must summon magic he would rather forget and a spell that endangers Coco.

"After devouring the first two books in The Creative Series, I had no problems diving straight in with this one. The author, again, grips you with both hands dragging you on a fantastic ride with the characters, literally from the first chapters. So much care and attention to detail, research and time must have gone into creating such an in-depth series. A triumphant masterpiece of vampire fantasy. It's lovely to read a series that is suited to adult reading rather than the usual YA vampire fests."
Becky Wright, author Mr. Stoker & I