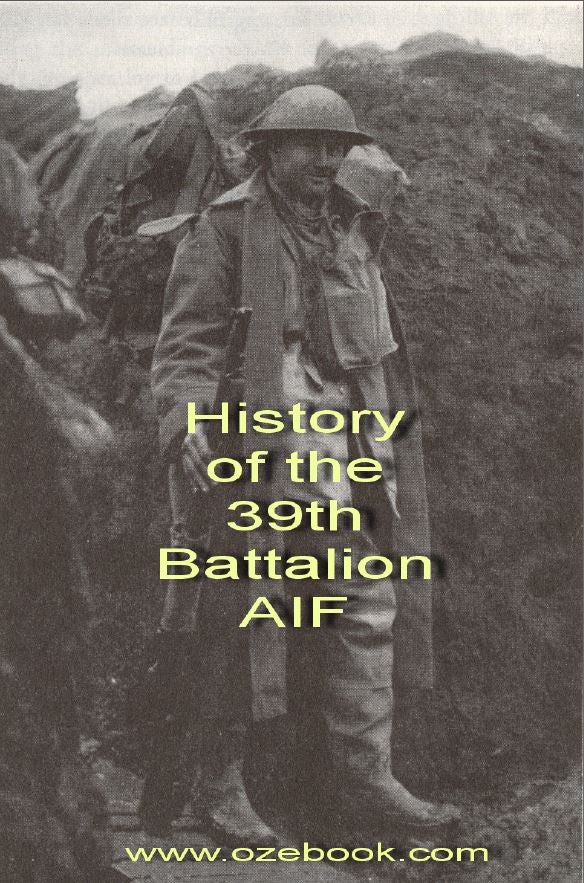 The Story of the 39th Battalion AIF 1916-19
The 39th Battalion AIF - by Lt Col A T Patterson - 397 pages - hi definition PDF eBook format with 36 illustrations and 11 maps. The 39th Battalion was formed on 21 February 1916 at the Ballarat Showgrounds in Victoria and drew most of its recruits from the state’s Western District. The 39th fought in its first major battle at Messines, in Belgium, between 7-9 June 1917. The 39th fought in another two major attacks in this sector - the carefully planned and executed battle of Broodseinde on 4 October, and the disastrous battle of Passchendaele on 12 October. When the German Army launched its last great offensive in the spring of 1918, the battalion was rushed south to France and played a role in turning the German drive aimed at the vital railway junction of Amiens. The 39th participated in its last major action of the war between 29 September and 2 October 1918 as part of the Australian-American operation that breached the formidable defences of the Hindenburg Line along the St Quentin Canal. A fine Unit history