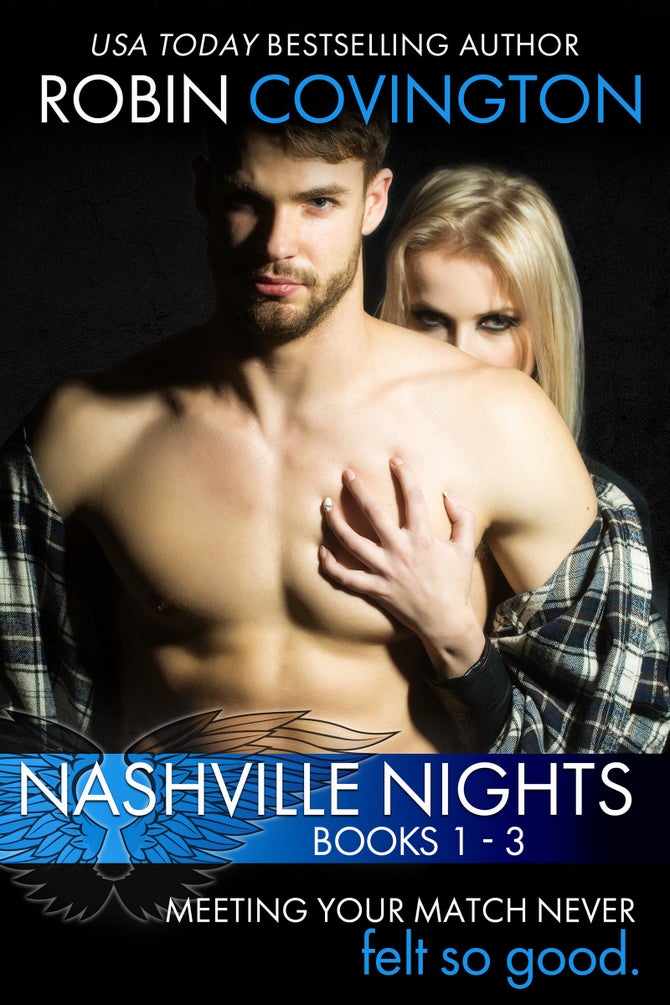 At sixteen, Kit ditched her crappy life and moved to Nashville with only $200, her guitar, and a notebook full of songs. She hit it big, but five years of living like a rock star plus a stint in rehab has killed any good will she had with her label. The suits have ordered Kit to shape up or ship out of the limelight. The last thing she needs is a hot, sexy distraction with a sinful smile.

Max Butler is as far from a celebrity as you can get and he likes it that way. A Nashville firefighter, he’s living the single life with a revolving door of parties, friends, and a different woman in his bed every night. When his normal life suddenly collides with the girl on his favorite Rolling Stone cover, he sees the perfect chance to fulfill his ultimate fantasy and see just how bad Kit can be.

With three weeks until Kit leaves for her big tour, Max promises to give her a break from being the good girl--no strings attached. But when hot days lead to sultry nights, the lines get blurred and suddenly three weeks of bad might not be good enough.

Burying the pain of losing her friends and her professional swimming career in a terrorist attack, America’s former sweetheart dulls her pain with drugs, pills and parties. The bomb left her with more than nightmares; shrapnel is lodged in her back and inching closer to her spinal cord. When the doctors tell her paralysis is inevitable, she decides to take her own life rather than face a lifetime in a wheelchair.

Reeling from the death of his little sister and his own cowardice, he spends his nights partying and his days ignoring the medical school acceptance letters and his parents’ concerned phone calls. Just a couple of months from graduation, he’s facing a future filled with shame and regret. The last thing he needs is to meet the woman who compels him to be a better man.

When Carlisle and Mateo meet, the chemistry between them is combustible. They play, party and hide their true selves until one night turns their lust into something more…something real. As secrets are revealed and walls collapse, what they were and what they might become doesn’t matter as much as who they are together. When the choice comes down to life or death, can love be their salvation?

Finding out that you’re the half-sister to America’s country music queen is game changer. Determined to meet the sibling she never knew and compelled to pursue the music career she’s always wanted, Emory leaves her small town and heads to Nashville. Thrown by the bustle of Music City and the cutthroat dealing of the business, she finds unexpected shelter in a musical partnership with country music’s notorious bad boy.

Known as a man who never stays the night, Zane is reliable only when it comes to his music. Years of paying his dues has gained him the coveted lead guitarist spot on the hottest music tour of the year. Hoping this gig will lead to his own recording contract, he agrees to write a few songs with Emory but he’s blown away by the sexual chemistry sizzling between them and leveled by his feelings for this quiet woman with the beautiful soul.

Darkness and light…they should not work. But one night in her bed proves they’re hotter than the number one single they wrote together. Things get complicated when the spotlight sheds light on all of Zane’s past sins and Emory struggles with trusting him with her heart. When the sought after recording contract stipulates they remain a duet, it threatens everything Zane has worked towards and challenges everything he thought he wanted.