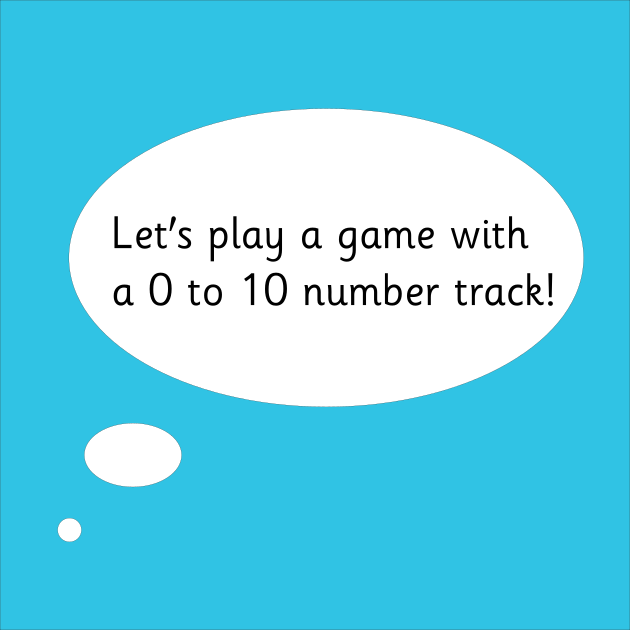 Download, print, stick, fill in the missing numbers and play.
Have fun inventing a game to play or try :
Download and make ‘+0 to+3’s spinner’. You will also need a counter each, placed on the number 0 position to start.
😀Take turns
😀Spin and move forward that number of spaces.
😀Race to 10
Pass it on On your turn count on. For example point to the number 4 say “four” then loop your finger forwards one loop at a time saying “one, two, three, four add three is seven.”

On another day, download and make ‘- 0 to - 3 spinner’ and race from 10 to 0.
Pass it on On your turn count back. For example, point to the number 9 say “nine” then move your counter backwards one space at a time saying “one, two, three, nine take away three is six.”