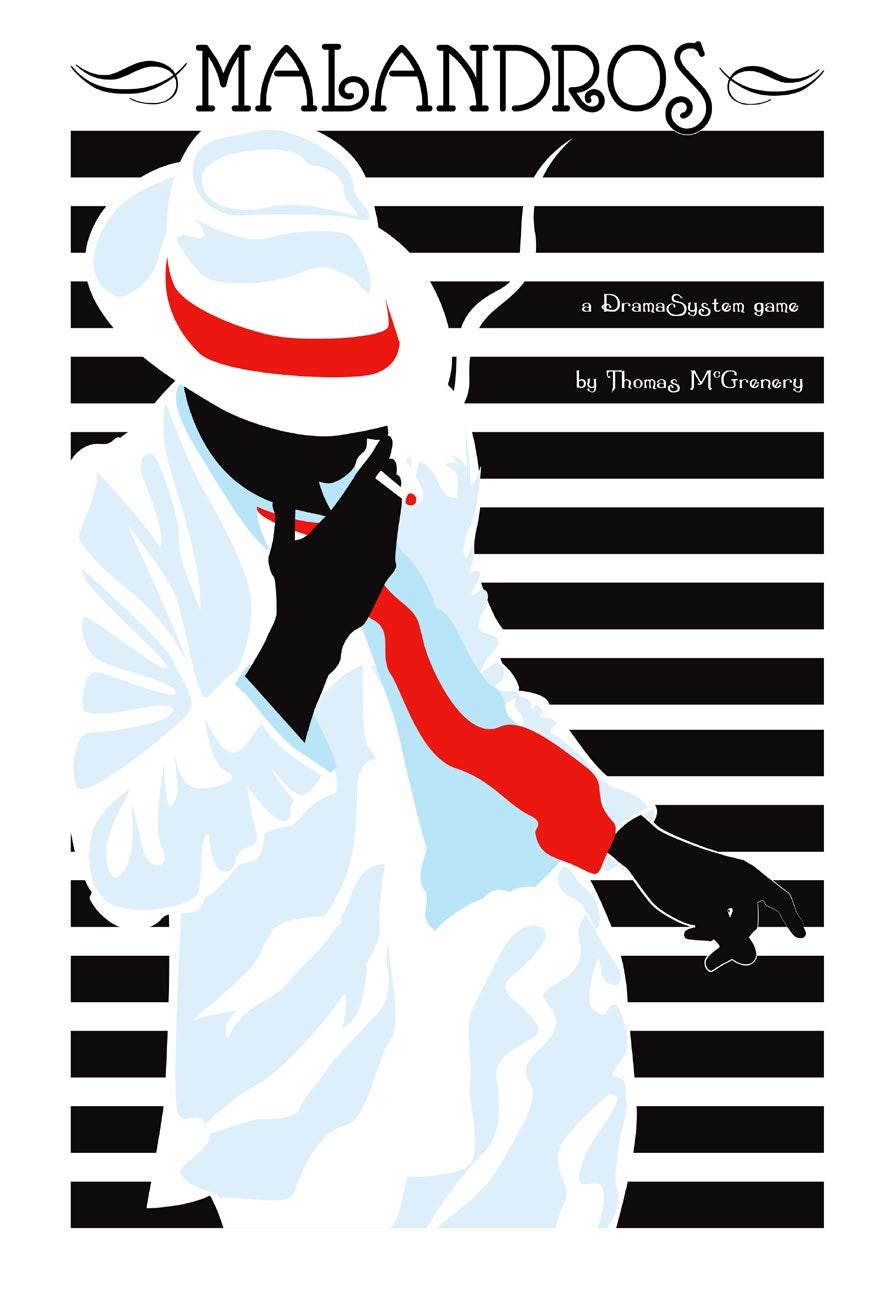 A tabletop role-playing game of swindlers and street fighters, of love, hate and community – in the last days of imperial Brazil.

Rio de Janeiro at the end of the 19th century: a city of slums and palaces, street gangs and tycoons, magic charms and outlawed martial arts. Cunning, bohemian and streetwise, the malandro walks its streets without fear - because there's always a way out.

Malandros is a tabletop roleplaying game based on the award-winning DramaSystem rules engine. It's a game of personal struggles and interpersonal dramas.

You play characters in a tight-knit community caught up in tumultuous times: gang leaders, captains of industry, fishermen, martial artists, swindlers and more. You all know each other - you're family, friends, rivals or enemies, all living in the same part of town. You all want something from each other. Maybe it's respect, maybe it's love. Maybe it's fear, or something else.

Will you get what you want? That's what we're here to find out.

"Malandros does for Hillfolk what Urban Shadows does for Apocalypse World (and what second-gen OSR games like the Black Hack do for BECMI D&D). It’s a second generation spin on a foundation text, clarifying and retooling [an] innovative system into something more accessible and functional, but also a conscious deviation. Malandros is something special, and if you’re a tablet reader the PDF is a bargain." - Ralph Lovegrove, Department V

"An exciting narrative game set in a city of colour and culture. Malandros is an excellent example of a roleplaying game dedicated to dramatic interactions. Everything in the book, text, layout, artwork and rules supports this goal. Worth buying just to look at." - 6d6 Blog

"Tom McGrenery did some splendid work on this game. It's a rare gem, regarding its historical setting and flavor."
- Josephe Vandel, Mapforge

The 3 files included here for download are: the Malandros book in PDF, the procedural actions reference and the character sheet.