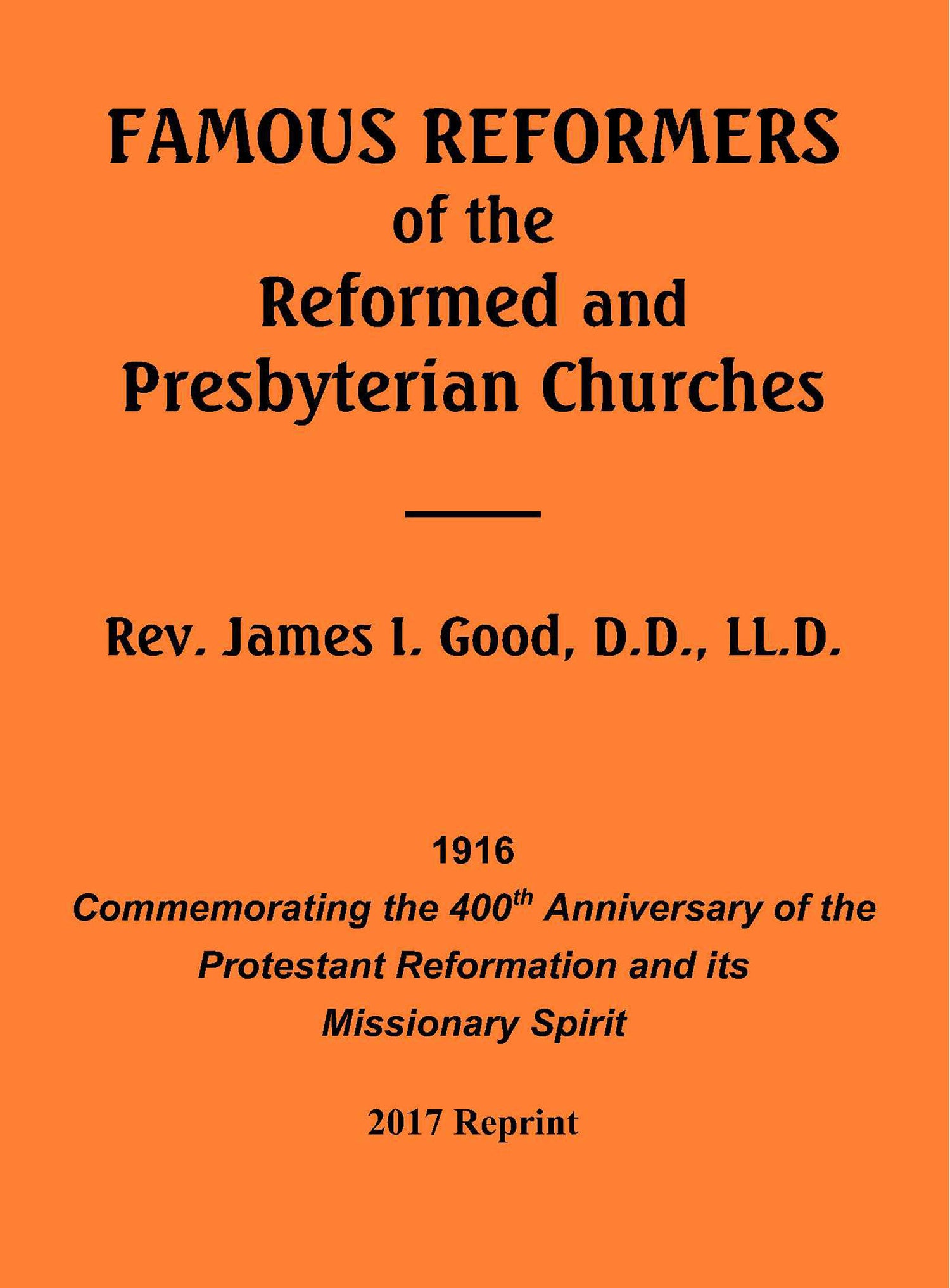 Famous Reformers of the Reformed and Presbyterian Churches. [1916]

Here one meets the 1st and 2nd generation Reformers of the 16th century! In commemoration of the 400th anniversary of the Protestant Reformation, Dr. Good prepared this concise introduction to highlight its Missionary spirit: “We have endeavored to . . . gather together, in as brief and popular a way as possible, the leading facts about the Reformers, especially of the Reformed Churches. [And] have, of course, emphasized the missionary spirit of the Reformers, an aspect which has been generally forgotten.”

This record describes the western European countries and regions affected by the great spiritual movement: Switzerland, Germany, France, Hungary, Poland, Belgium, Holland, Italy, England, Scotland, etc. and reformed missions to the Jews of that period. Also, the key Diets, Councils, Conferences, Dialogues, Confessions, Catechisms and major writings of the Reformation, with the backgrounds to each, are introduced and explained in succinct terms.

This reset, modernized version has an added Glossary for the modern reader, and is internally linked throughout for maximum maneuverability and search capabilites within the document.
You will get a PDF (1MB) file