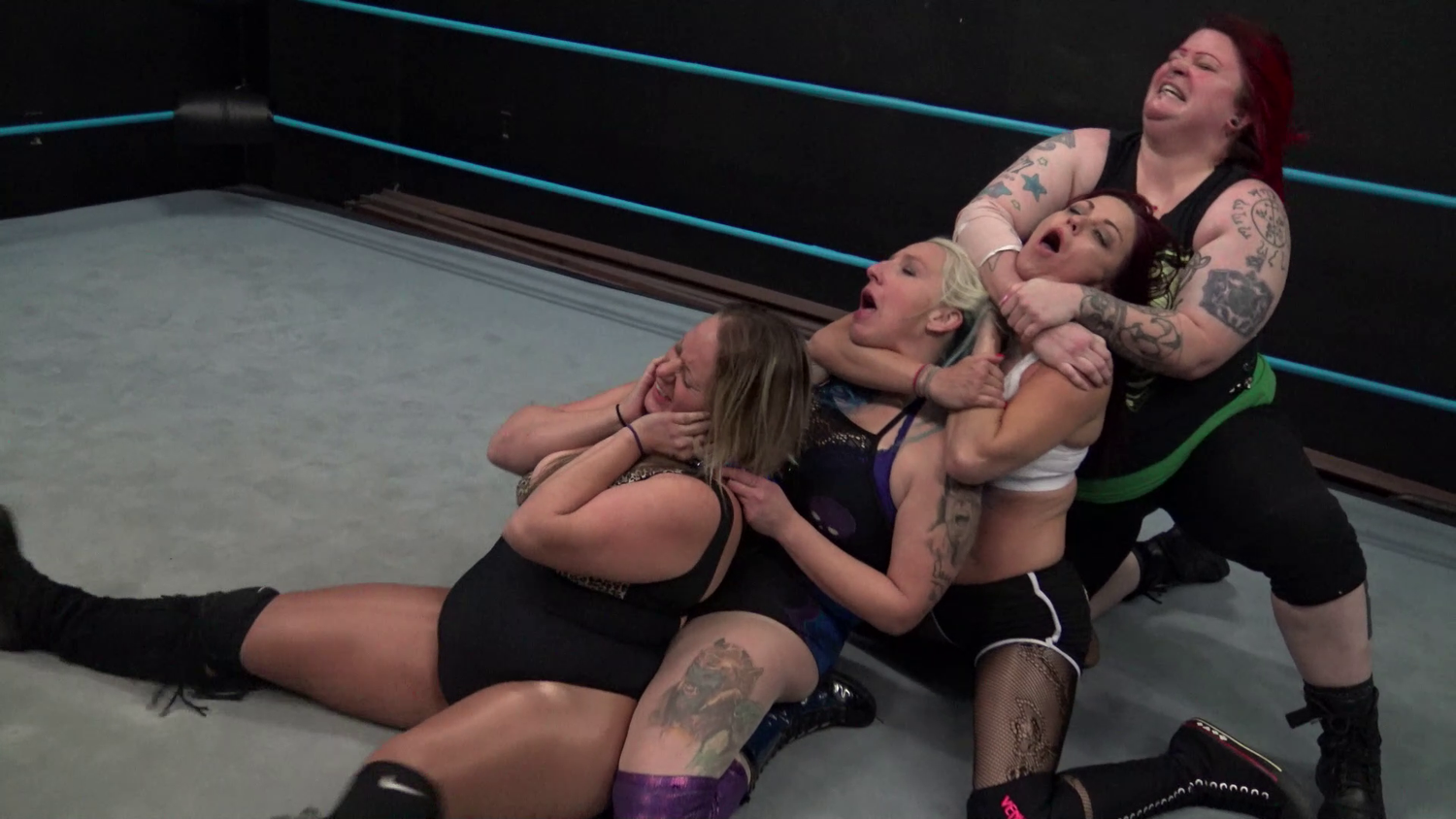 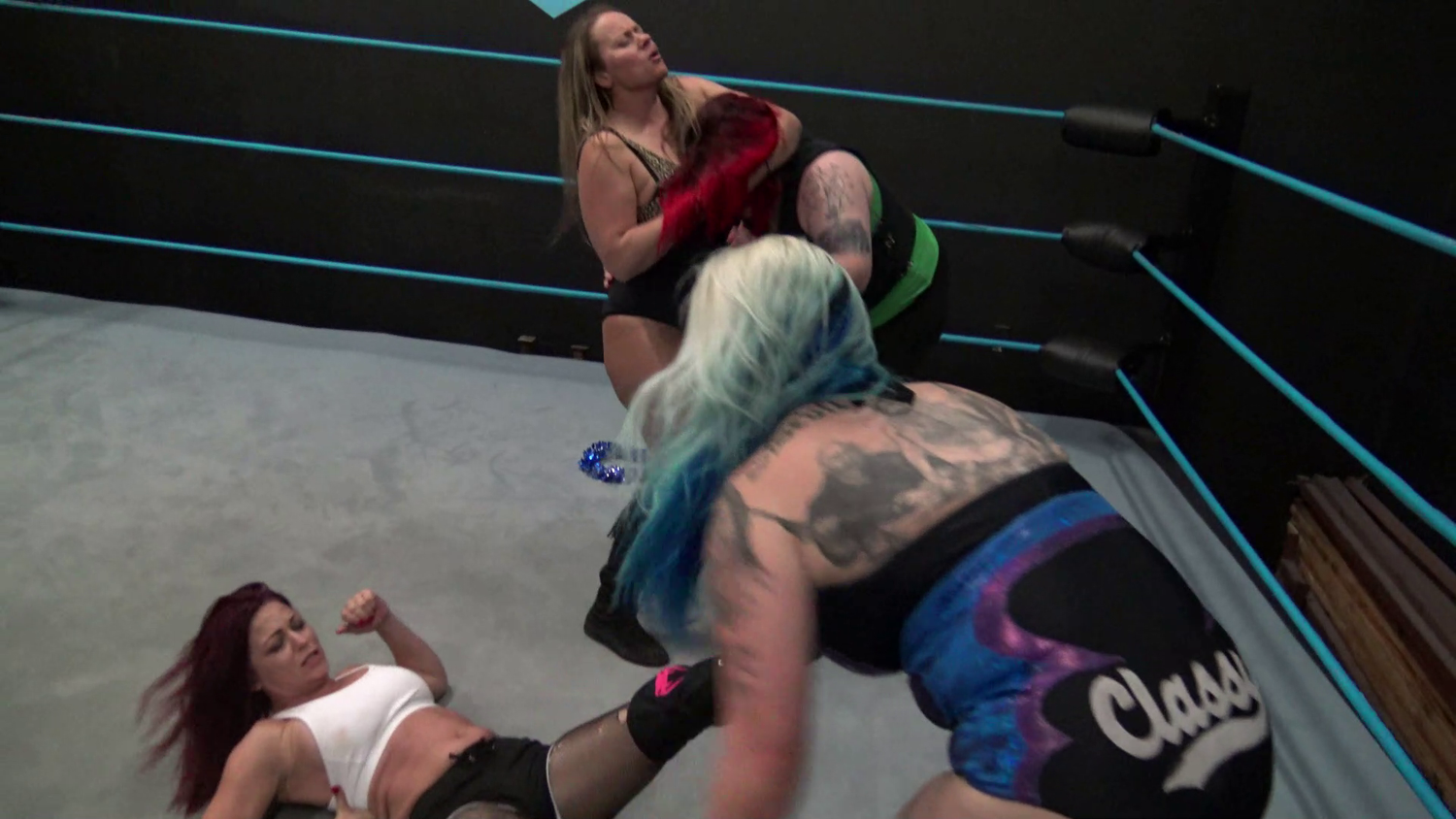 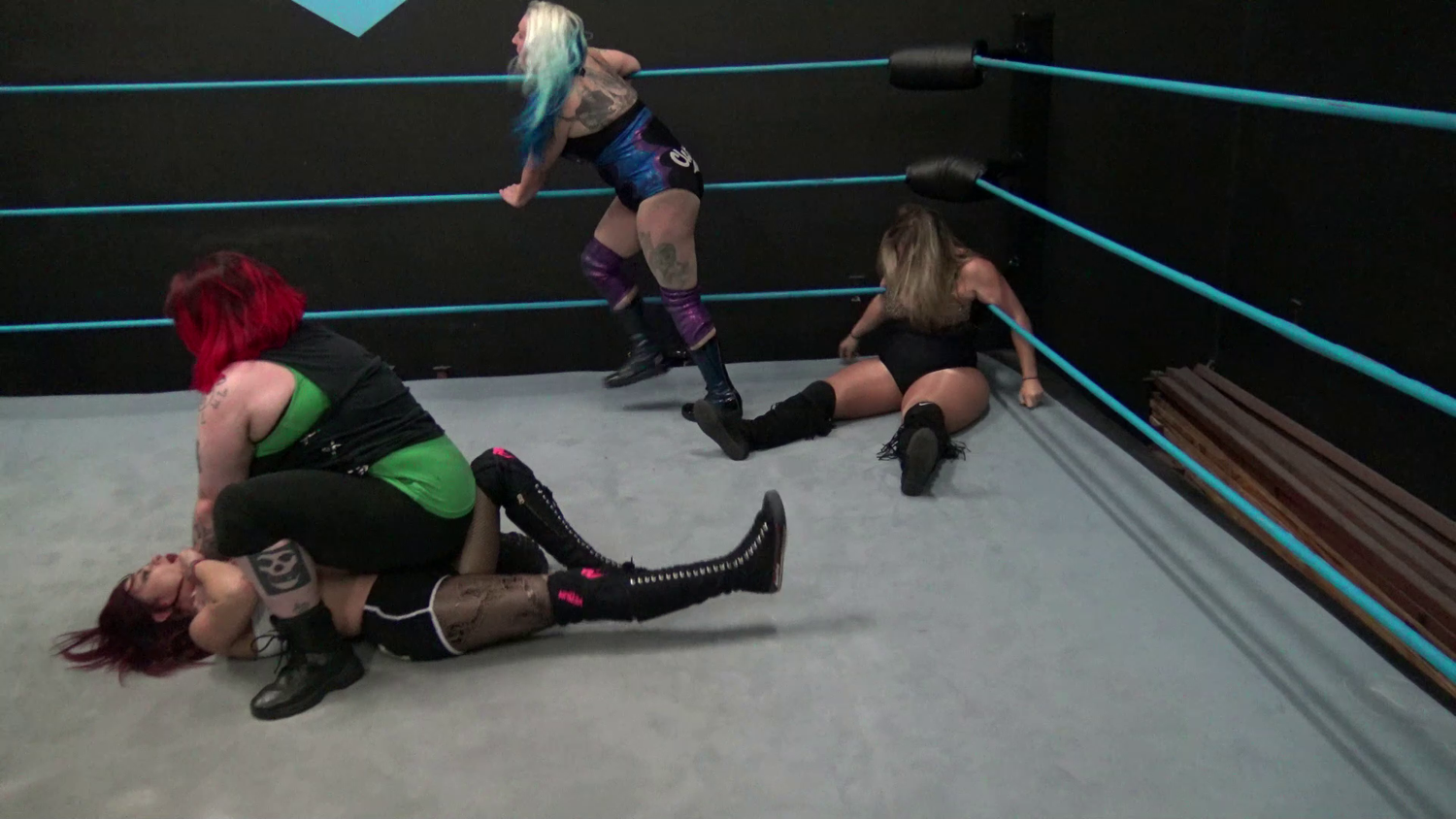 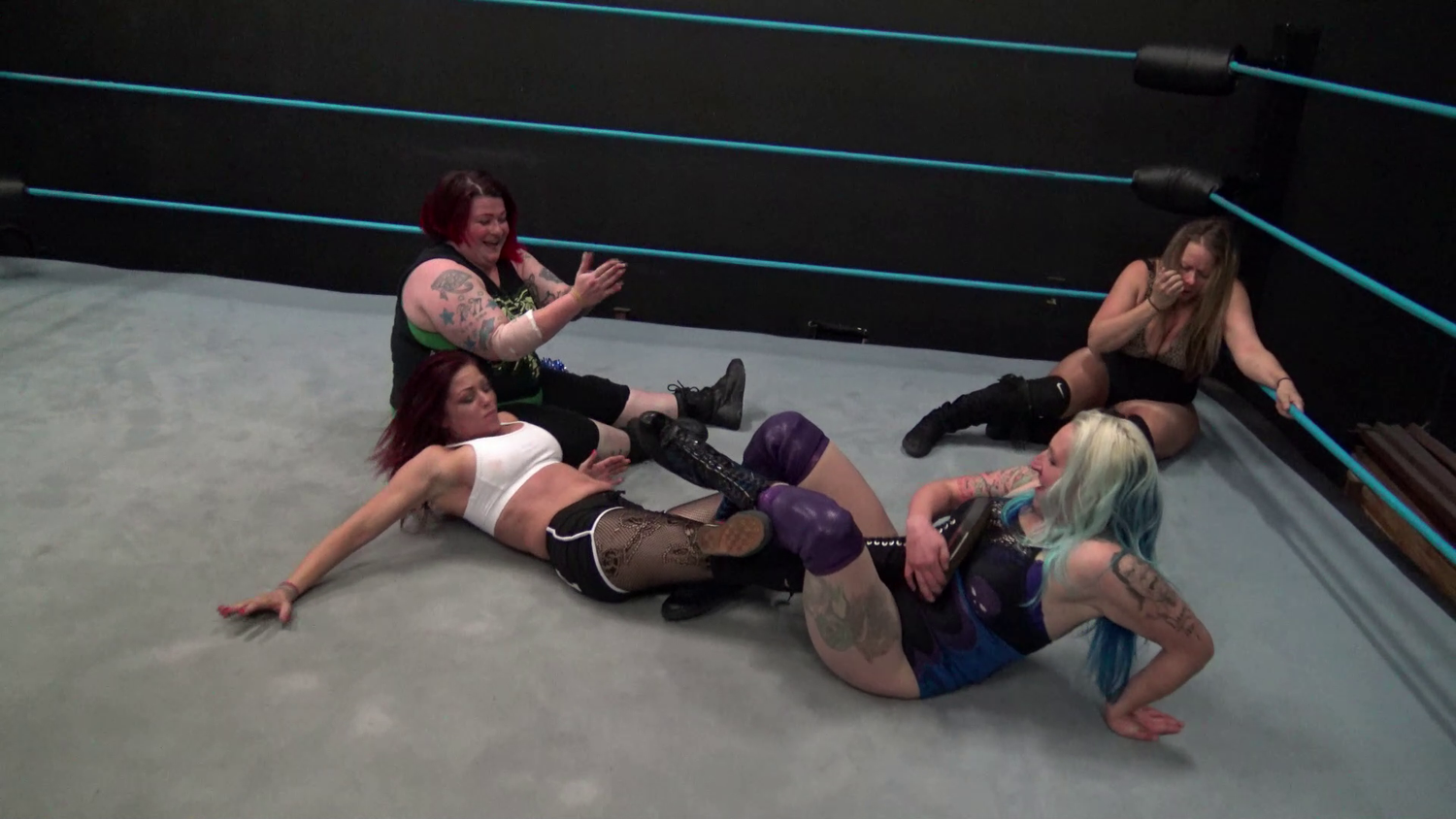 Kathy Owens has had a spiritual awakening or so she claims anyway, but in “Kathy’s Spiritual Warfare”, despite her not wanting to wrestle  Malibu and Sarah Brooke with her sister Heather, she’s coerced to anyway in what becomes a hell of a tornado tag team war, with tons of action and even a humorous spot or two thrown in!

After a lengthy verbal back and forth between the four women, the battle is engaged fully when Kathy and Heather attack Malibu and Sarah without much warning! They gain an early upper hand with the help of said attack, but Malibu and Sarah are far from slouches in their own right and they fight back before long, setting the tone for some wild action from there, that includes among other things a choke with the spiritual crown Kathy wears before the match, and an EPIC 4 way spot to go along with that unlike anything you’ve ever seen in a pro wrestling ring, wherein there are simultaneous sleeper holds put on 2 of the 3 ladies not being choked, leading to also simultaneous KO’s as a result! You really have to see it to appreciate how amazing a spot it is, trust us on this! This match is worth seeing for that one moment alone, let alone anything else!

After so much crazy brawling that one can barely keep up with or follow completely, one team scores a double pin over the other. Which dynamic duo is it? Is it the well-established Owens Sisters, or the makeshift team of Malibu and Sarah?

An absolutely insane tornado tag match with just about everything you can imagine happening and more! It’s loaded with madcap action from start to finish!