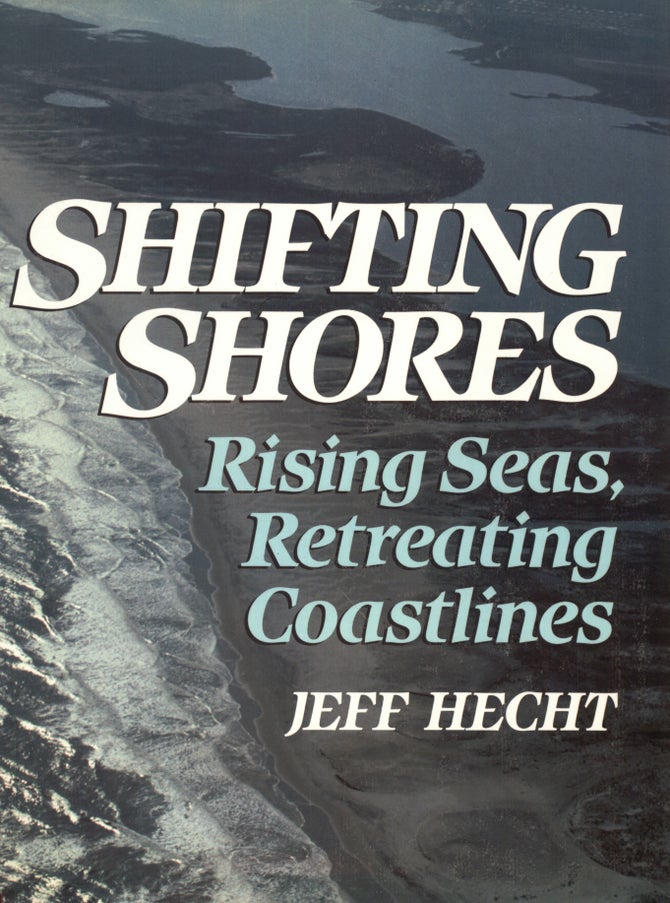 Shifting Shores was written to tell young adults the story of coastal erosion. Much of it is along the ocean coast, but you also can see it along lakes and streams, where waves churned up by boats wash dirt away from the edge of the shore. Some coastal erosion is natural. When the world warmed as the last ice age ended, glaciers melted around the world and global level rose over 330 feet (100 meters). Today global warming is melting the remaining ice sheets, and sea level is still rising 2-3 millimeters a year. Local land levels also rise or fall; it's falling around New Orleans, but rising along parts of the Pacific Coast.

Some of that rise and fall is natural, but much of it today is caused by human activity. Global warming is raising sea level. Pumping oil and water out from the ground causes the land to sink in southern Louisiana. River sediments that once built the Mississippi River delta are now routed into the Gulf of Mexico, stopping the natural growth of the land. Those factors made New Orleans vulerable to devastation by Hurricane Katrina in 2005.

This book was written in 1990. Some things have changed since then. New Orleans is a smaller city because many people's homes were destroyed by flooding from Hurricane Katrina. Torrentrial rains from the remains of Hurricane Harvey flooded much of Houston in 2017. That same year, Puerto Rico was devastated by Hurricane Maria which hit the island as a fierce Category 4 hurricane. New storms have hit, new victims have suffered death and destruction. But people still need to learn more about the forces that threaten the coast.

Shifting Shores tells what's happening and why. To help you understand, I am releasing a free PDF version from Payhip.