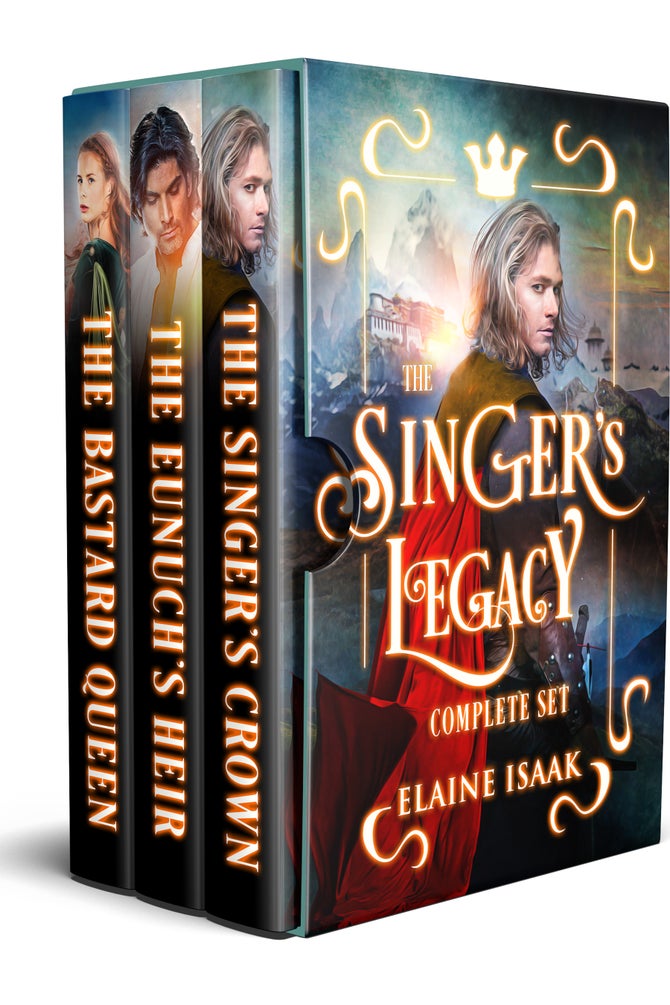 The Singer's Legacy--complete, plus bonus!

By Rocinante Books
The complete Singer's Legacy series, three volumes, plus a bonus short story!  Over 1300 pages of epic fantasy and romance!

Join the adventure in the aftermath of a castle coup as a dispossessed prince, a master wizard and a man anathema to magic struggle to regain the throne of Lochalyn. If only the prince hadn't fallen in love with the daughter of the king who allowed it to happen...

The adventure continues in the next generation, when an enemy they thought they defeated rises again in a distant land, with a plan to conquer and wreak vengeance on those who wronged her.  Can the children of legendary heroes live up to their family legacy, or will their own failures mean the end of the kingdom--and the advent of foreign gods?

Even peace brings its own trials as a plague arises and two peoples who have become one nation may tear their world apart.  Can the bastard daughter of an unloved king find the magic she needs to confront the enemy they never saw coming?

Bonus short story!  When Kattanan wandered the world as a singer, he came to an island ruled by a pirate whose own stunning voice can sing destruction up from the sea.