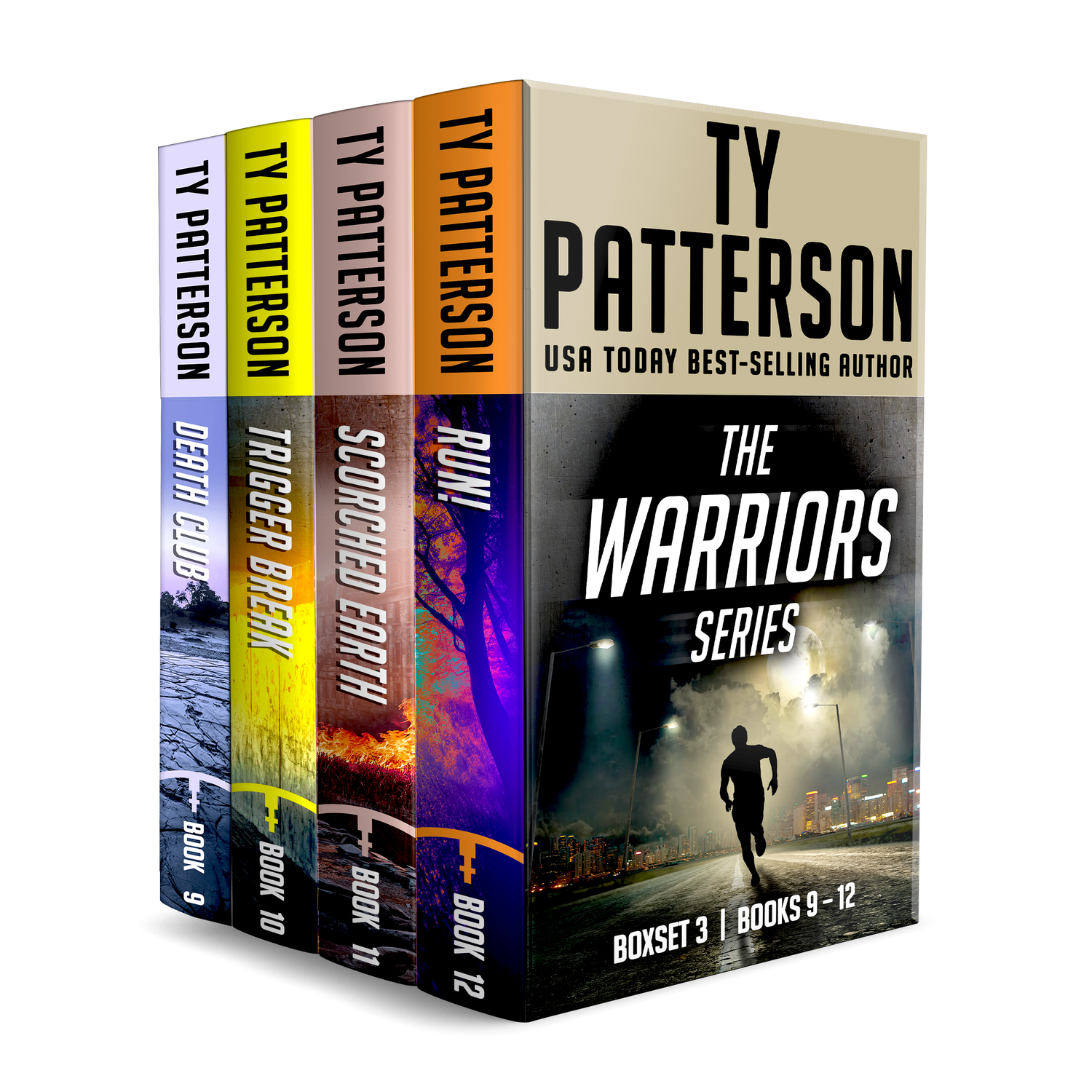 
ZEB CARTER'S FRIENDS SAY HE IS THE MOST LETHAL MAN THEY KNOW. HIS ENEMIES CALL HIM FATE

Because his going after his enemies is inevitable. However, in Zeb's line of business, fate can be fickle.

Death Club
The body in the desert wasn't Zeb Carter's problem. Until he saw the tattoo. The dead man had been in the special forces. A fellow warrior. Then it became personal.

Trigger Break
A string of executions takes Zeb Carter to Japan where he comes across an enemy who hasn't been defeated for centuries.

Scorched Earth
Zeb Carter goes on the warpath when his friends are kidnapped. The trail takes him to war-torn Syria where he finds the kidnappers aren't who he thought they were.

And the only way to stop them is to sacrifice his friends.

RUN!
The world's most wanted terrorist is in the jungles of Idaho, planning a dastardly attack. He doesn't know about Zeb Carter.

'Ty Patterson is up there with Lee Child and David Baldacci'


Note: After purchase, please check your email, including the junk/spam folder for email from Bookfunnel and follow the download instructions in it.