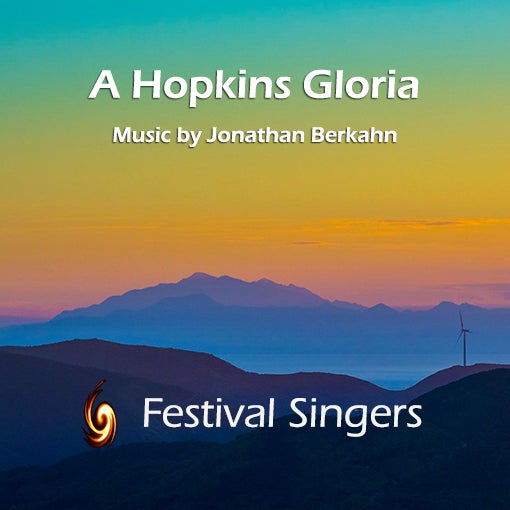 For about thirty years I have been associated with the Festival Singers; first of all (in my distant youth) as a singer, then as accompanist since 1999, conductor 2013-2019; and now I am back accompanying again. Much of what I know about choral music and musical leadership I have learned and worked out through this connection, accompanying and rehearsing and conducting and being conducted. Out of this relationship or affection and mutual respect I have written a number of pieces for the choir, several others of which have been also recorded – and can be purchased on the choir’s website www.festivalsingersnz.org. (Incidentally, if you want to perform this music – none of it is very hard – scores are available from the Festival Singers.) I have always been moved at the enthusiasm they (and the choir committee) have shown for this music. This time in particular I have been very grateful for Ingrid’s commitment to the piece and her fierce attention to detail – greater, perhaps, than I might have shown if I’d been directing myself.

A Hopkins Gloria was initially premiered at a concert that included two other other Glorias, by Vivaldi and by John Rutter. In the back of my mind were Classical and Baroque “cantata-masses” like Vivaldi’s Gloria, where each fragment of the (Latin) text is spun out into a complete movement. I was tempted in this direction, but decided at length to set the text in English (mostly the version in A New Zealand Prayer Book) – partly because most of the rest of the concert was in Latin. And as soon as I had made that decision, I felt that I couldn’t repeat each clause indefinitely, treating them as tokens to fill out abstract musical designs, but had to regard the text (or at least larger sections of it) as meaningful wholes.

Then I had an idea. Gerard Manley Hopkins’ Pied Beauty (“Glory be to God for dappled things…”) came into my head, which I had attempted without success to set at various times over the last twenty-five years. I thought of ‘inhabiting’ this canonical text with other, related texts (“and the birds of the air shall make their homes in its branches…”). It occurred to me that one of Hopkins’ Terrible Sonnets, written out of his blackest depression, could make a useful counterpoint to the Agnus Dei sections; then I wondered if the second half of his “That Nature is a Heraclitean Fire and of the comfort of the Resurrection” might work as a way of bringing about a return to the joyful mood of the whole.

So there is a kind of spiritual drama, a dark night of the soul, at the heart of the piece. And it may be worth saying that the emotional dynamic of this section – the attempt to soothe and manage dark imaginings in the early hours of the morning by repetition of the Agnus Dei prayer – is, quite literally, something that has been a regular part of my spiritual life. I do believe, somehow, that joy will have the final word; but suffering and resurrection have to happen first.

From the Musical Director – Ingrid Schoenfeld

When I took over the Festival Singers in July 2019, I cared deeply about two things – I wanted the choir to be a warm, close-knit, open-hearted group with a deep sense of community, and I wanted musical excellence. Little did I know how much the former would influence the latter, and nowhere was this more true than in the rehearsal and recording process for Jonathan’s Gloria.

It became apparent very quickly that the Festival Singers adopted the Gloria as “their” piece – never before have I seen a choir take ownership of a work so quickly and enthusiastically. This is undoubtedly partly due to Jonathan’s long relationship with the choir, going back 30 years, but also I think it is the open-hearted and deeply affecting character of the piece itself. Perhaps one reason the choir took possession of it so quickly was that they recognised, however subconsciously, something of their own open-hearted warmth mirrored back to them in the music.

As I was preparing the score, singing through each part individually, I was struck by the high level of craftsmanship throughout. I delighted in the hidden beauty of the inner voices, and found the relationship between the choral parts and solo lines particularly remarkable. Genevieve’s saxophone playing embodied the human, vocal qualities of the opening melodies beautifully, while the memory of hearing the third and fourth movements brought to life by Eleanor’s rich voice still sends shivers up my spine.

This recording has been a labour of love from start to finish, with emphasis on “love” rather than “labour.” From the care with which Jonathan crafted the score, to the incredible professionalism and attention to detail of our recording engineer Phil Riley, to the generosity of our guest singers, to the wit and work ethic of our video engineer Alexander Garside, to the clarity and expertise of William McElwee’s vocal coaching, to the exquisite sounds of our soloists, to the whole-hearted engagement of the choir, the entire process has been suffused with a generosity, delight, and warmth that feels almost like magic. To have been able to direct this project is an absolute privilege, and I’m deeply grateful to everyone involved.
You will get the following files: