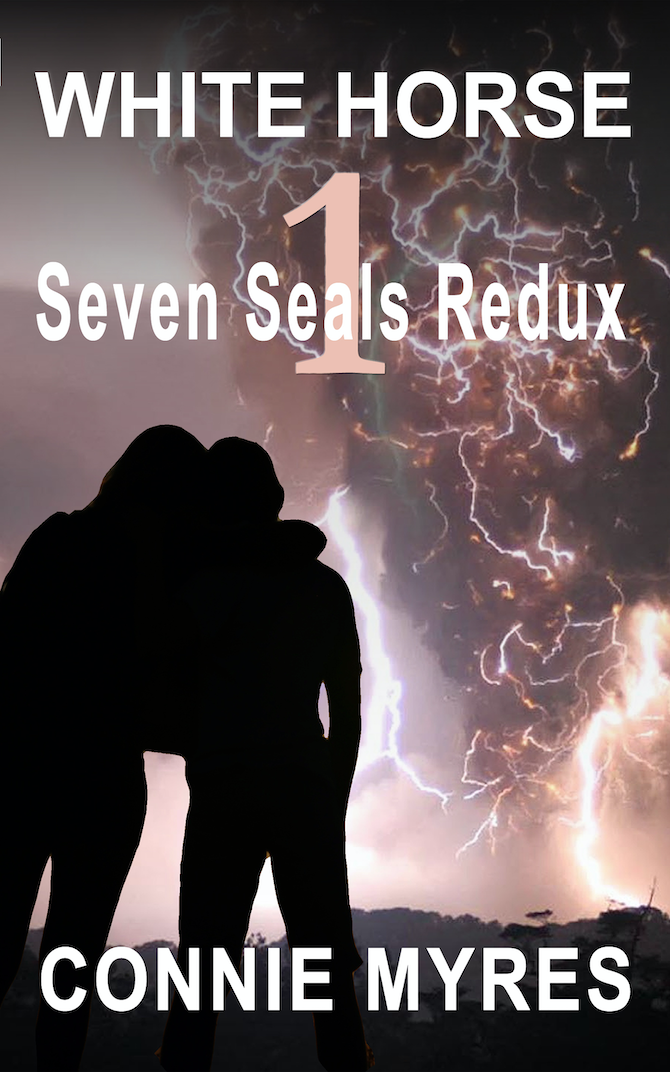 By Feather and Fermion Publishing
Follow these ragtag survivors of an alien invasion as they attempt to save humanity from the Book of Revelation’s seven seals in this seven-book series.

(Book 1) Sarah Van Dam is a divorced mom with two teenage sons, Willis and Georgie. Dealing with her abusive ex-husband is nothing when compared to the return of the seven seals from the Book of Revelation. The first seal, White Horse, brings an alien invasion and a false messiah. Earth’s environment is altered, a zombie plague is unleashed, and a hybrid species is created by breeding with the uninfected. A small portion of the population is immune to the spores’ infection; this includes Sarah, her sons and Jack, a man she releases from jail. With the help of scientists Professor Dillon and Max, Father Mitch, a small militia group and a couple pet dogs, these ragtag survivors fight the aliens and attempt to save the planet from the seven judgments.

Suspenseful and optimistic, this apocalyptic series follows ordinary people as they try to accomplish the seemingly impossible task of saving humanity.