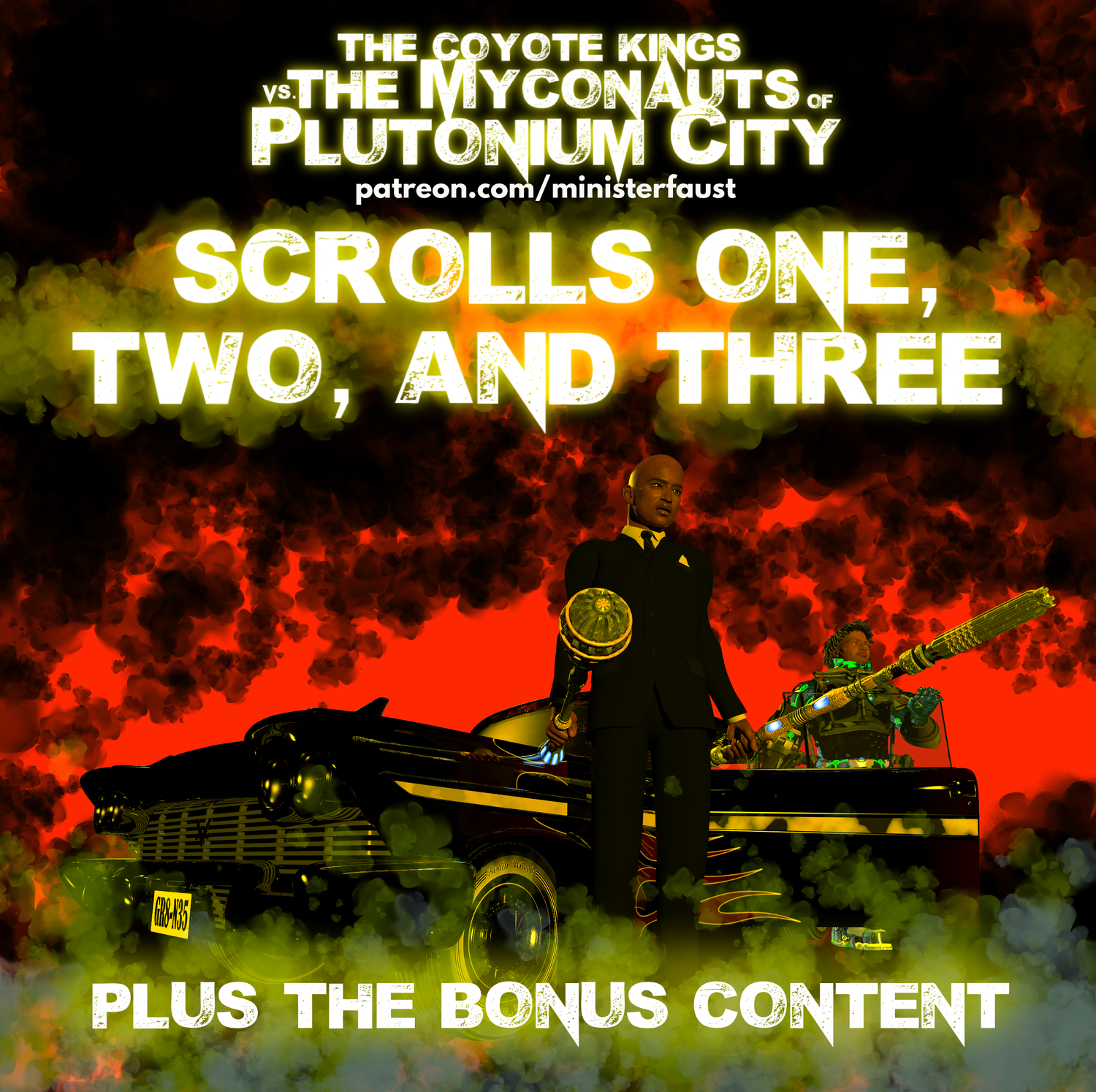 Scrolls 1-3 (PLUS BONUS CONTENT) of The Coyote Kings vs. The Myconauts of Plutonium City

Over 20,000 words from the first sections (scrolls) of my novel-in-progress THE COYOTE KINGS vs. THE MYCONAUTS OF PLUTONIUM CITY, the sequel to my critically-acclaimed first novel, the Afritopian cult-hit THE COYOTE KINGS OF THE SPACE-AGE BACHELOR PAD!

Three video diaries (one per scroll) discussing craft (the reasons I'm making the artistic decisions I'm making, and what I'm learning by writing this new work, since writers should always be learning), content (new characters; new directions for old characters; the settings), and business (anything I'm learning about the profession including marketting and other income venues such as teaching courses and webinars and seeking speaking engagements).

At least three pieces of production art from the novel (one per scroll), featuring character designs, scenes, icons, and other insider looks that readers have never gotten to see before from my previous books.

At least three pieces of original art by me (one per scroll) related to the novel, sometimes paying homage to classic SFF movie posters, comic book covers, or historically- and/or thematically significant images, formatted as wallpaper for your computer and mobile phone. You can even print them and frame them! Just don't sell them :)