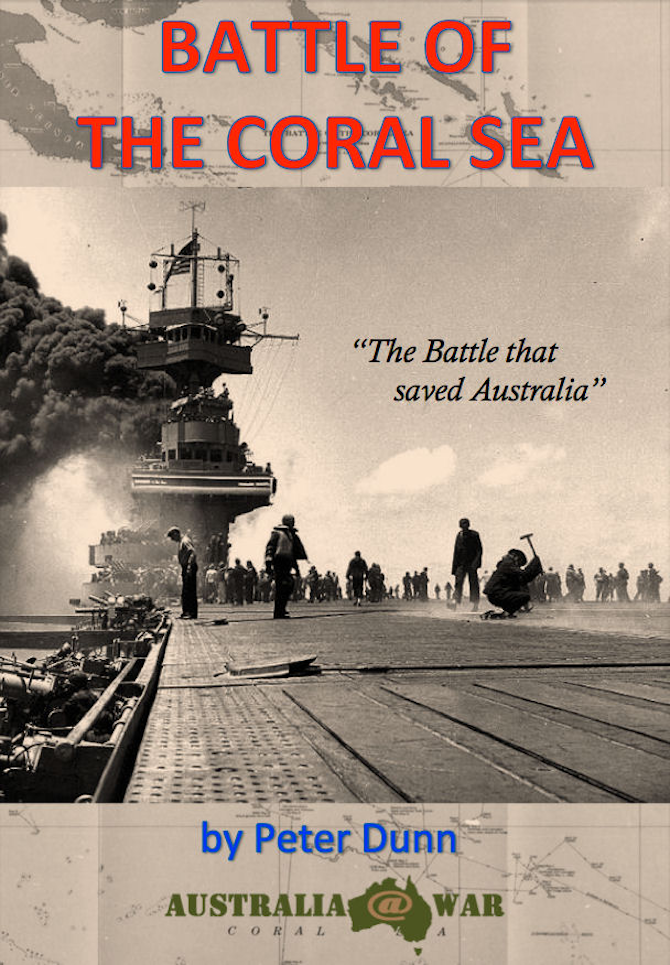 Battle of the Coral Sea

By Australia @ War
The Battle of the Coral Sea was the first major naval engagement in history, which was decided without the opposing ships firing a shot at each other. The battle was brought to the opposing ships by the naval air support of the opposing enemy force. It was a tactical victory for the Japanese but a strategic victory for the Allies. The Prime Minister of Australia, John Curtin was so concerned at the time of the Battle of the Coral Sea that he warned Australians "invasion is a menace capable of becoming an actuality at any hour."

This E-Book (epub format) contains fulls details of Allied Aircraft lost and the names of US Navy, USMC and RAAF Personnel who died as a result of the Battle of the Coral Sea.