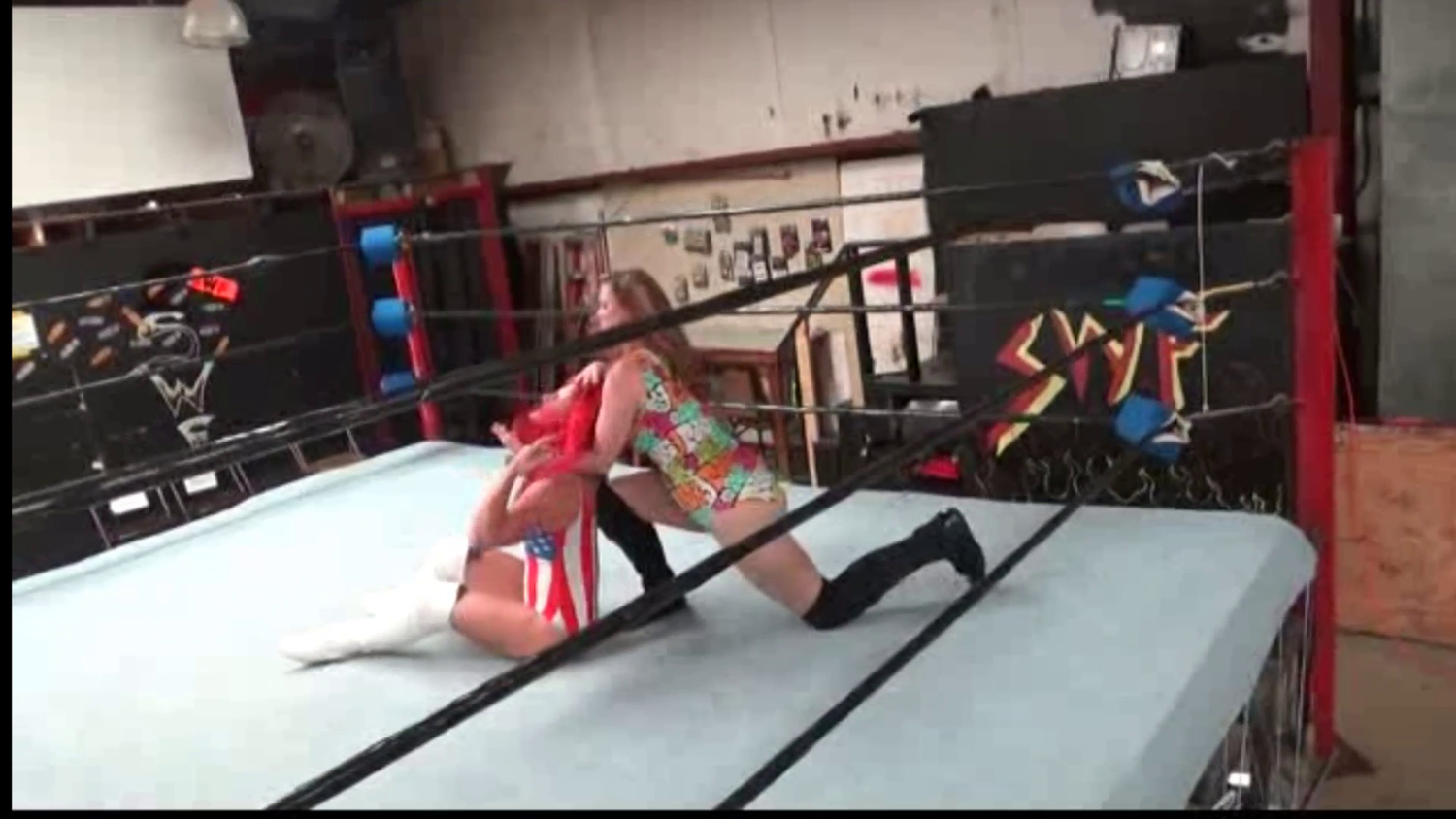 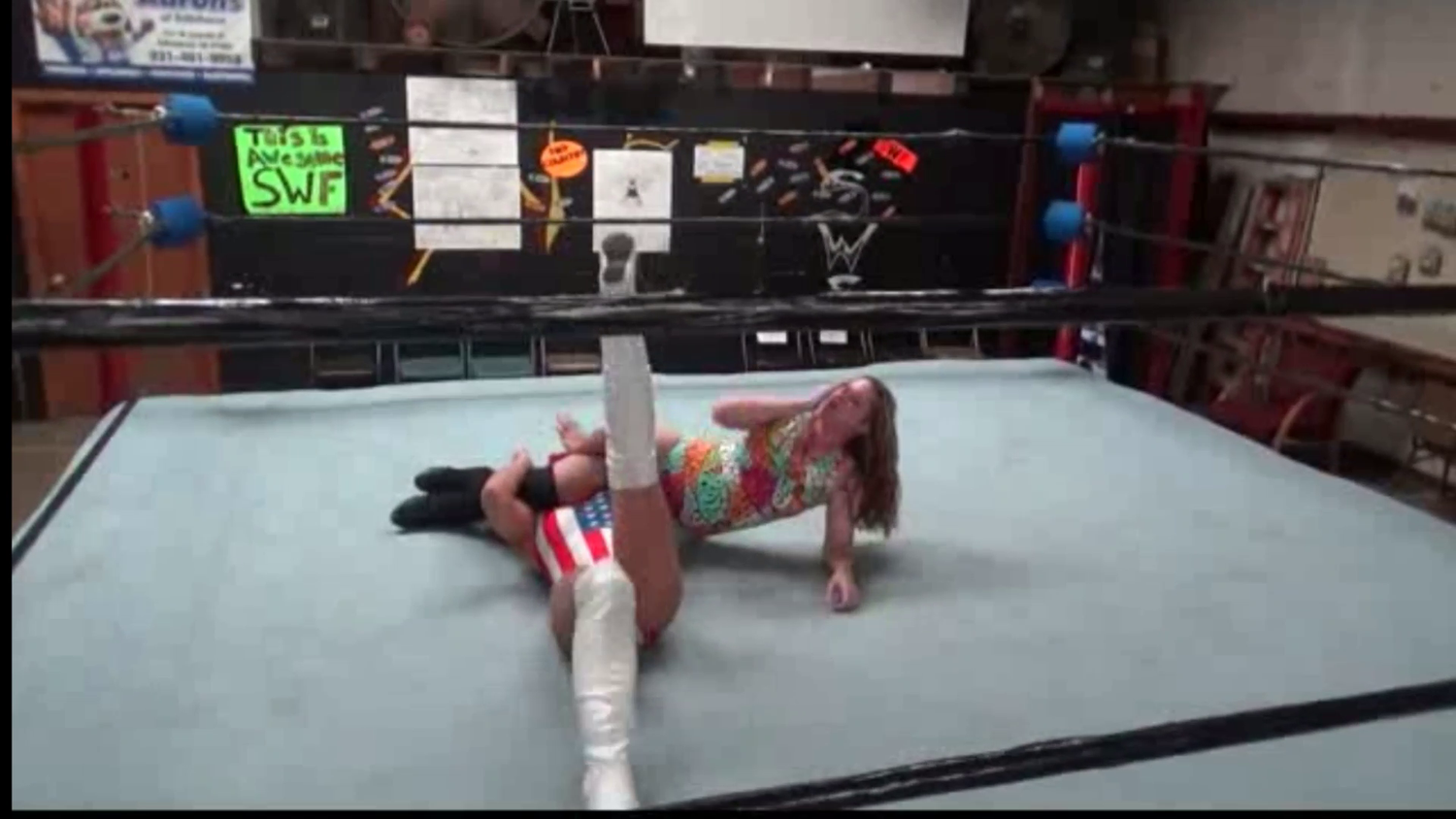 On Sale
$8.00
$8.00
Added to cart
Good vs. Evil (KO ENDING)
The All American Girl known as Merica Strong, faces a stiff challenge in her debut match for Classy Broads, battling one of our resident bad girls Rock C. This is truly a â€œGood vs. Evilâ€ encounter if there ever was one! Going to a KO, can the good girl withstand the assault that Rock C brings forth here?
The early stages of the match, is surprisingly clean, for the most part. The two ladies trade wristlocks and side headlocks with a side headscissor thrown in by Rock C, as they try and get a feel for each other. This doesn't last however, as the bad girl of the two pushes things rougher, by doing things like poking Merica in the eye, and stomping on her feet. Merica cries foul at these deliberate tactics, claiming Rock C is fighting dirty, but there's little she can do about it beyond try and respond in kind. All's fair in love and war after all right?
Despite the ugly nature of the attacks served up from her opponent though, Merica tries to stay within the rules mostly. The most vicious she gets outside of a payback foot stomp, is when she uses the ropes to **** Rock C, and then further makes use of them for a standing surfboard. Other than that, even as she herself is punched, headbutted in her midsection, has her legs attacked often in one way or another, and is **** by an increasingly frustrated opponent, she focuses on actual wrestling. And with moves like a side suplex, a leg drop across the throat, a slam into the corner back first, a back bodyscissor/rear naked **** combination, and a jawbreaker, she manages to hurt her tough foe a great deal.
Is all of that enough to counteract the brawling style that Rock C heavily employs in this match however? Does the squeaky clean, always play fair image, Taste Merica in the ass, against a woman who becomes more and more desperate and thus more dangerous as the match wears on? I mean hypothetically, no ref, means no rules no? Watch out for the knockout end, the finish is a doozy!
Really good story of good vs. bad here, with great psychology to go along with it. If you are a fan of the old school, clear cut, straight heel and straight babyface style of wrestling with no grey area, this is the match for you!
You will get a MP4 (661MB) file 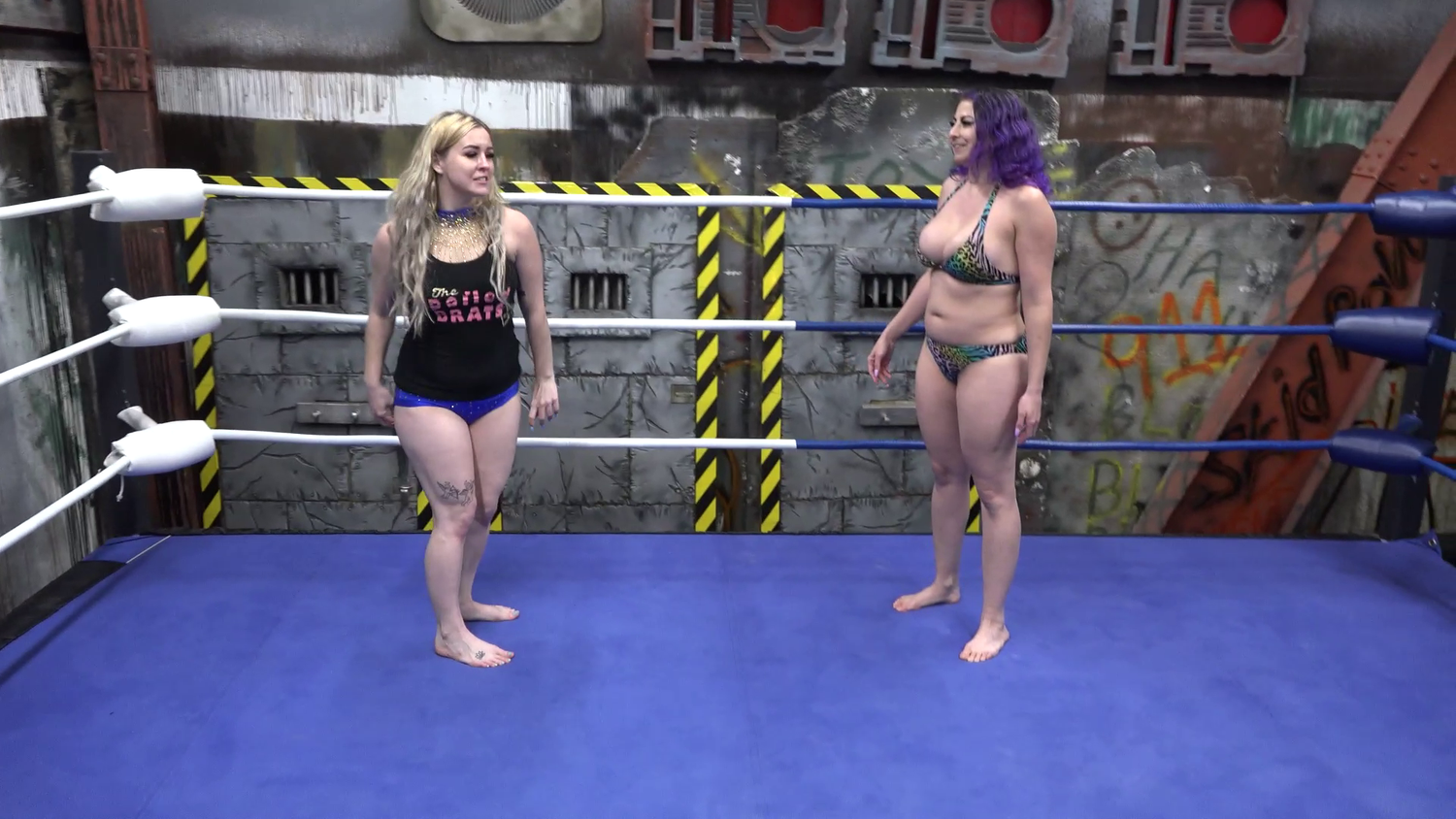 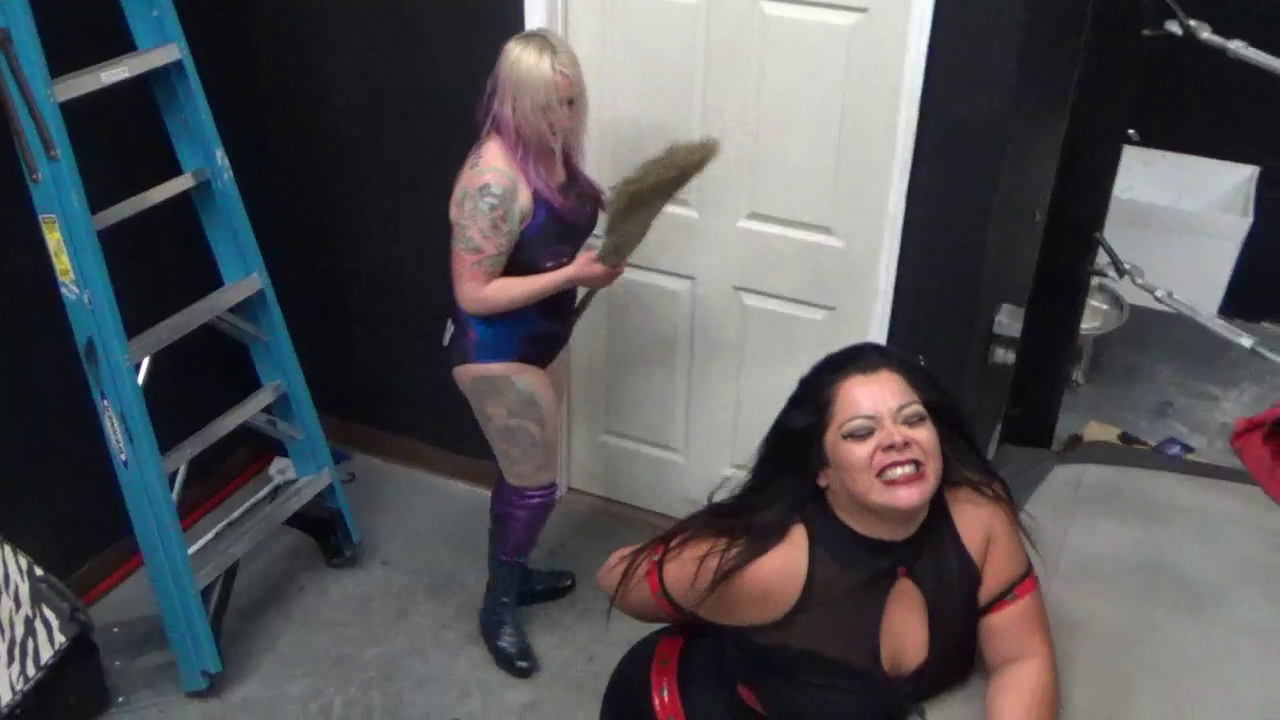