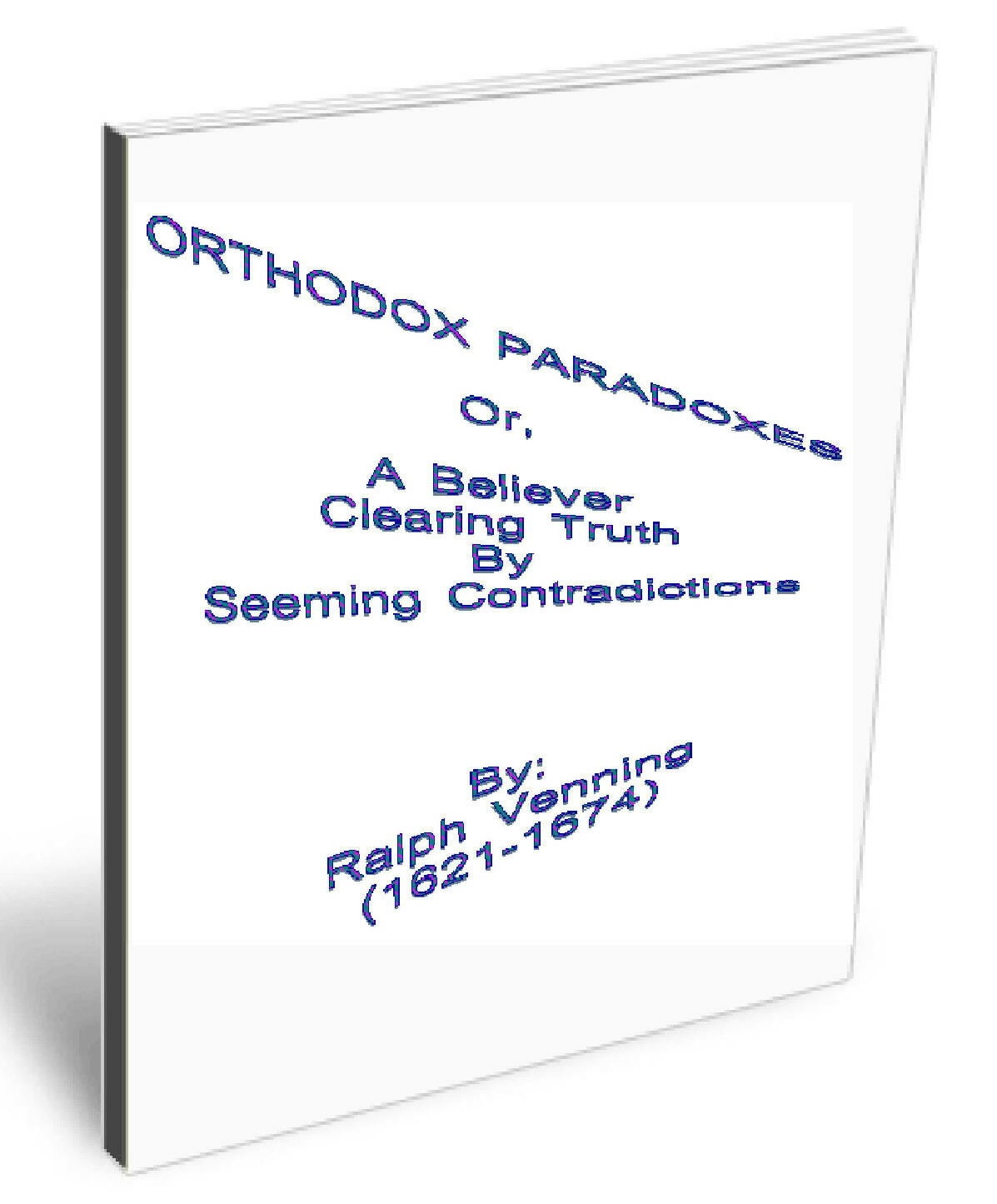 The sub-title is, "A Believer Clearing Truth by Seeming Contradictions." This title is comprised of Two Volumes (here designated as Parts) which utilizes a unique method of teaching the foundational doctrines of Christian Theology and the Christian Life by the use of seemingly contradictory statements, or paradoxes, from the Bible. The author was a highly respected Puritan pastor of the 17th century, Ralph Venning (1621-1674). — His purpose was to summarize or encapsulate, "in two or three lines, [that] which many pages, if I say not volumes, have left under a veil." — There are 543 statements, which include sections on: the Trinity, God's Attributes, Election, Scripture, Creation, Angels, Man, Sin, Law, Grace, Ordinances, Resurrection, Heaven and Hell; an Appendix on the believer's Triumph over the Law, Sin, Wants and Troubles, the World and Triumph of Assurance are included.

The modern Foreword has been supplied by Dr. H. Rondel Rumburg, which in part reads: "Ralph Venning brings before the Christian reader truths that they perhaps pondered, have wondered about, but were afraid to ask for their solution. The seeming contradictions, within the scope of Christian doctrine, are not a few isolated or unimportant matters. Thankfully Strait Gate Publications has provided a volume unlike any other which this writer is familiar. Venning has put the seeming contradictions into simple perspective with Biblical evidence of solution. What he has done in Orthodox Paradoxes is in reality a study in Paradoxology. This volume fills a great void in the library of any serious scholar or normal Christian. Venning has presented the paradoxes and their answer in Biblical context."

"He affects and strives to be the highest saint; and yet is contented to be the lowest."

"He is oftentimes disappointed of his joys; and yet he always joys in his disappointment (Hebrews 13:17)."

This reset, modernized format version was published in 2010; Endnotes, Glossary and exhaustive Scripture Index sections have been added. It is internally linked for maximum maneuverability within the document.
You will get a PDF (712KB) file