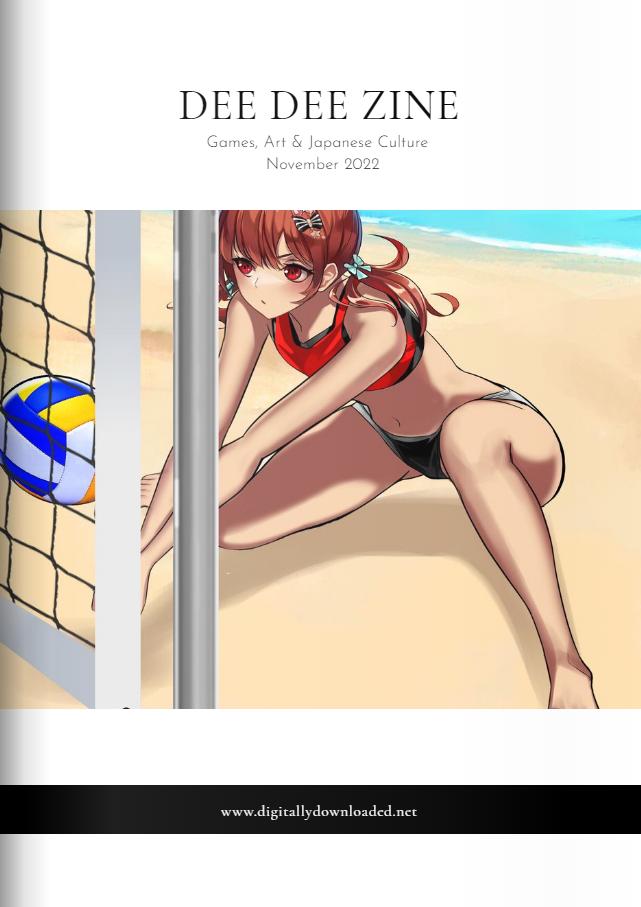 In the November 2022 magazine:

- A tribute to Rieko Kodama - Japan's most influential woman in RPGs
- Why Japan makes the best wrestling games
- A deconstruction of HD-2D and what it means for remakes going forward
- The Cyberpunk anime - what it achieves that the game could not
- One of the great Japanese Sengoku battlefields (that you can still visit!)
- More! Much more!

We also have plenty of puzzles - a crossword to test your knowledge of all things Japan, a sudoku and a nonogram. There's a comic and story featuring Dee Dee & her friends, as well as a summary of the upcoming games for the month, photography, a story featuring one of our mascots, and more!

Don't forget, if you would like to subscribe to the magazine, you can support us on Patreon here. Patreon backers get the magazine delivered to their inbox every month, and at any amount pledged (so you can be a subscriber for as little as $1/month!)
You will get a PDF (9MB) file
Share: