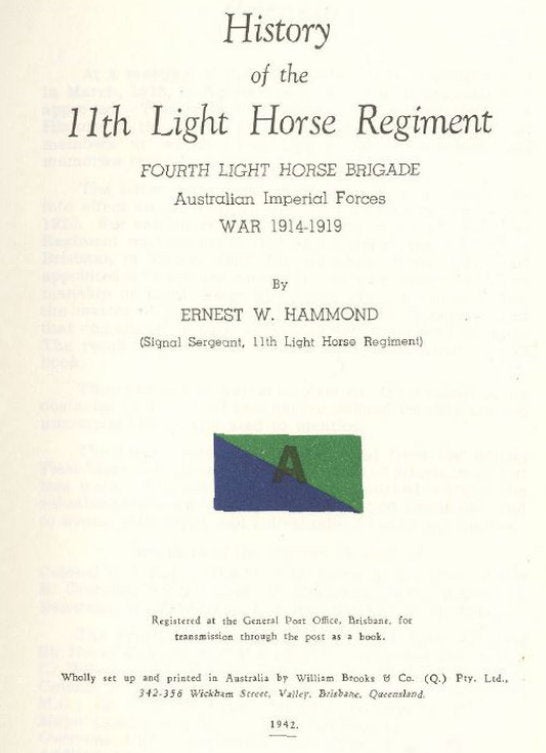 History of the Eleventh Light Horse Regiment by Ernest Hammond