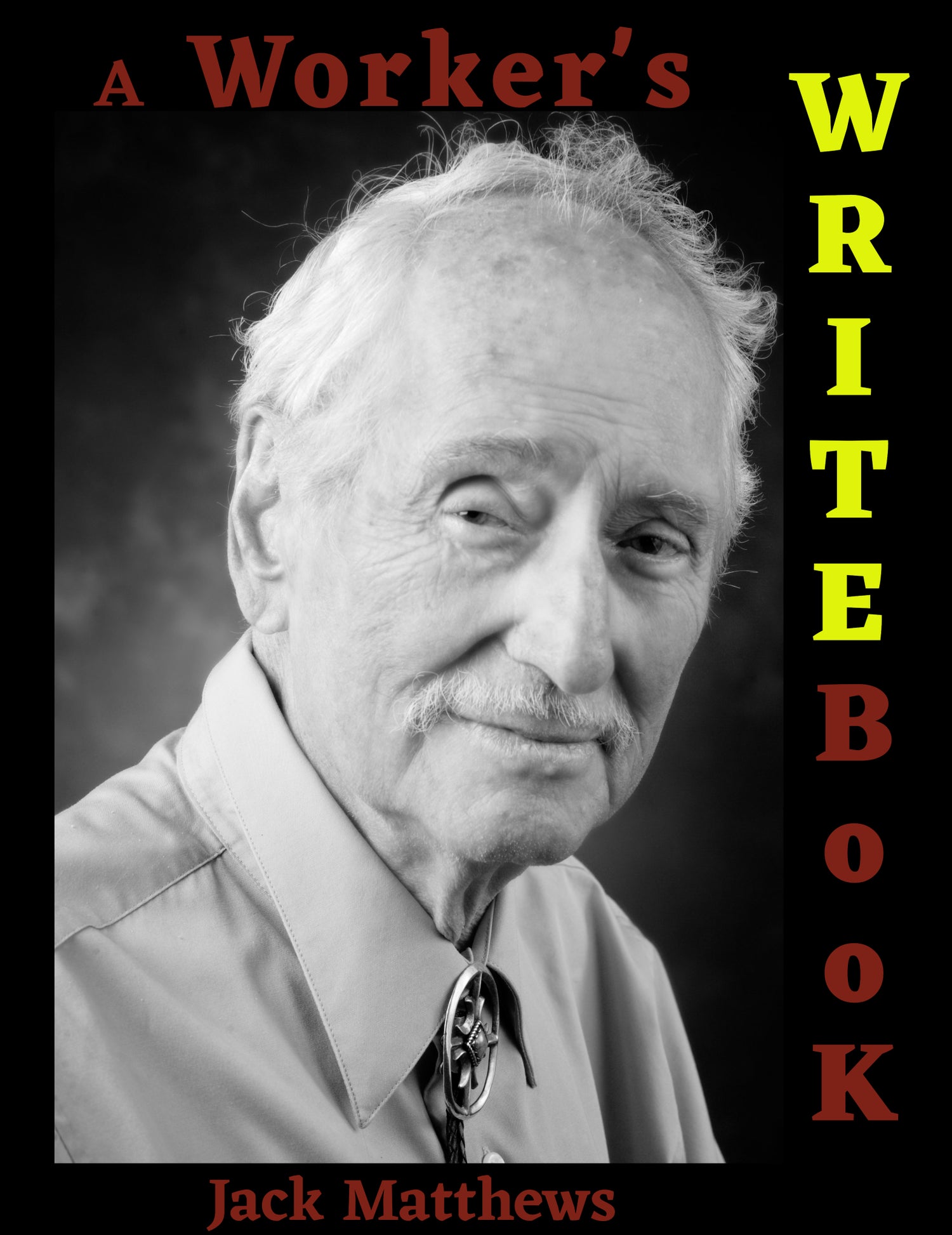 Since the early 1990s, Jack Matthews has distributed a photocopied version of this 75,000 word writing guide to students in his fiction writing classes at Ohio University. This guide offers insight about how successful writers mold raw experiences into a story and how language helps you to do that. It offers lots of good examples and practical advice for getting a story idea off the ground; it analyzes several stories (including one of Matthews’ own) and offers several paradigms for understanding how stories work. Erudite, witty, idiosyncratic, serendipitous, mischievous, sesquipedalian, entertaining, introspective and colorful: these are adjectives which come to mind when reading this book.

"Engaging wit and irony have been characteristic of Matthews's writing from the start, and both are strongly present in his latest gatherings of stories. His irony is increasingly darker, however, and his characters' obsession with memory and its distortions plays a more dominant role in this later work, much of which deals with death. For the most part, these are stories with deceptively simple and ordinary surfaces, but they are driven by powerful and ominous undercurrents, which often fuse the local and regional with the archetypal. Few can do it better. Without question, Matthews has established himself as one of America's finest storytellers." (Stanley Lindberg, editor, Georgia Review)

"Mr. Matthews is a master of prose conversation and deadpan charm. He is ironic, cool, and shrewd, and he writes a lucid prose." (Tom O'Brien, New York Times)

Jack Matthews (22 July 1925 - 28 November 2013) was an American novelist, short story writer, essayist, playwright and former professor. He published 7 novels, 7 collections of short stories, a novella, and 8 volumes of essays. He was an avid book collector, and many of his book finds served as a basis for his essays and the historical topics he explored in his fiction. His 1972 novel The Charisma Campaigns was nominated by Walker Percy for the National Book Award. He has often made 19th century America and the Civil War period the setting for his fiction, starting with his 1981 novel Sassafras and most recently with the 2011 novel Gambler's Nephew (which tells the story of how an abolitionist accidentally kills an escaped slave). His plays have been performed at multiple theaters around the country.

"Literature is the least pure of all the arts, and that is its richness and power. It's a temporal art like a symphony; it has periodicities, it has rhythms - prose itself has sound, it evokes visual imagery like painting...." Jack Matthews, Interview 2010
You will get a ZIP (11MB) file