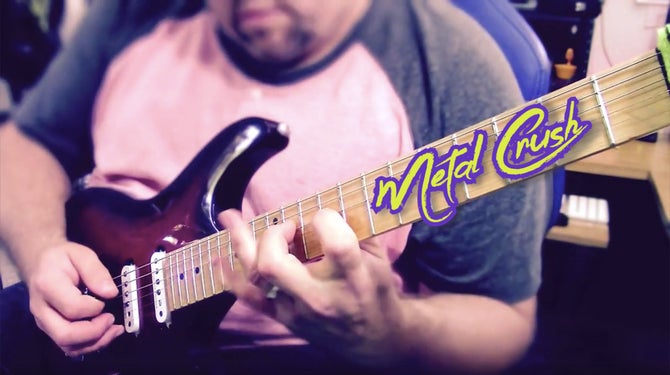 This tab pack is a smaller variation of the brand new, long-awaited Full Song tab pack for "Metal Crush" found here. This tab pack contains only the Solo transcriptions of the song.

"Metal Crush" was inspired by all my favorite virtuoso guitarists but in particular Paul Gilbert and Marco Sfogli. The song that actually inspired it was "Technical Difficulties" by Racer X/Paul Gilbert.

The title comes from the genre of music but also because metal—actual metal—is heavy enough to crush you by its sheer weight. The beat and melodies of this song had that effect on me, hence the name. Also because I have a "crush" on melodic and virtuoso music.

I recorded, produced, mixed, and performed all guitar/bass parts in the song, and since I transcribed these tabs myself, you know they're as accurate as they can get!

I've included timestamps in the actual tabs, so you'll know exactly where each solo section happens. There are four solos in total, so you'll have plenty of great material to build your own licks from.

If you're looking for some great licks to use in your own Shred, Rock, or Metal playing, look no further than this tab pack of "Metal Crush."