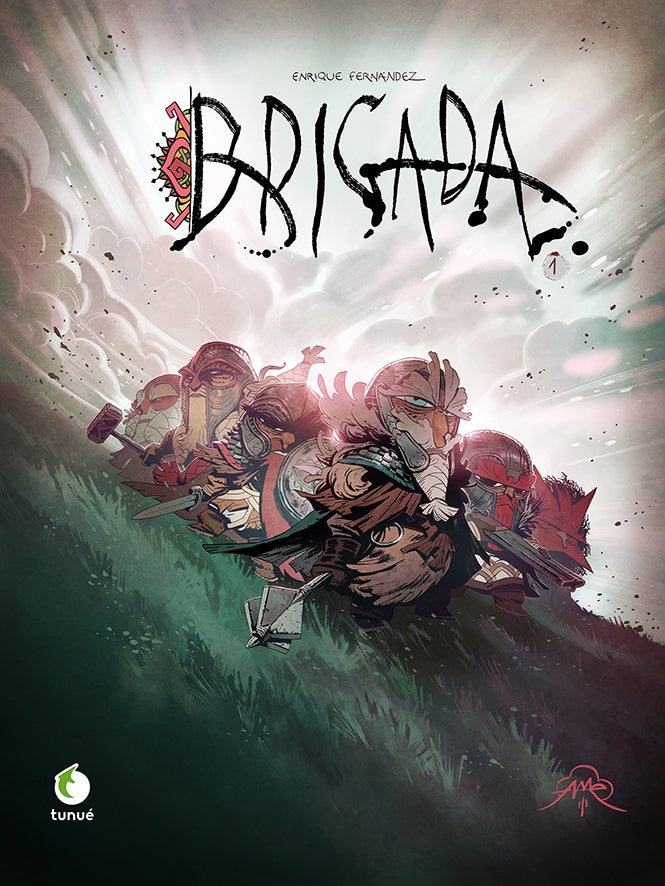 The veteran captain Ivvro has been recruited again, to command a hard convicts' squadron, in the long war against the black elfs.
During the battle a mysterious fog traps them on a chaotic strange land, where they will have to fight another war, this time to survive as group.

Lost and spread in this new land, they´ll try to regroup to find the way back home, but it will not be easy: the strange mist that surrounds them ,also changes everything on its path, making impossible any attempt of creating a map, and carrying inside creatures of other worlds, so lost as them, who also will try to survive in this hostile land.

This creatures won´t be the only ones the Brigade will face.
During ages creatures of all kind have been dropped here on this strange limbo.
And some of them, like the human ones, seem to have adapt well to this environment, creating solid groups of population that the destructive mist seems to respect and leave intact.

If the key for survival in this land would be the strenght of the group, captain Ivvro will face a hard work, and will need alliances even with his most fierce enemies.