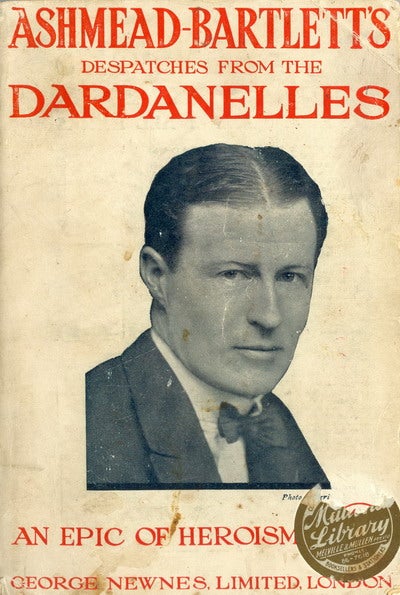 Ashmead Bartlett’s Despatches from Gallipoli An Epic of Heroism

Ashmead Bartlett's Despatches from Gallipoli - An Epic of Heroism by Ashmead Bartlett - This book, published during the Great War covers the preparations for the assault on Gallipoli, the naval Battle of the Dardanelles, the landings at ANZAC and Cape Helles and the battles for Krithia, Achi Baba and the heights of ANZAC from March to July 1915. Includes a map of the peninsula. Ellis Ashmead-Bartlett (11 February 1881 – 4 May 1931) was a British war correspondent during the First World War. Through his reporting of the Battle of Gallipoli, Ashmead-Bartlett was instrumental in the birth of the Anzac legend which still dominates military history in Australia and New Zealand. Through his outspoken criticism of the conduct of the campaign, he was instrumental in bringing about the dismissal of the British commander-in-chief, Sir Ian Hamilton — an event that led to the evacuation of British forces from the Gallipoli peninsula which in turn contributed to the collapse of the Asquith government.