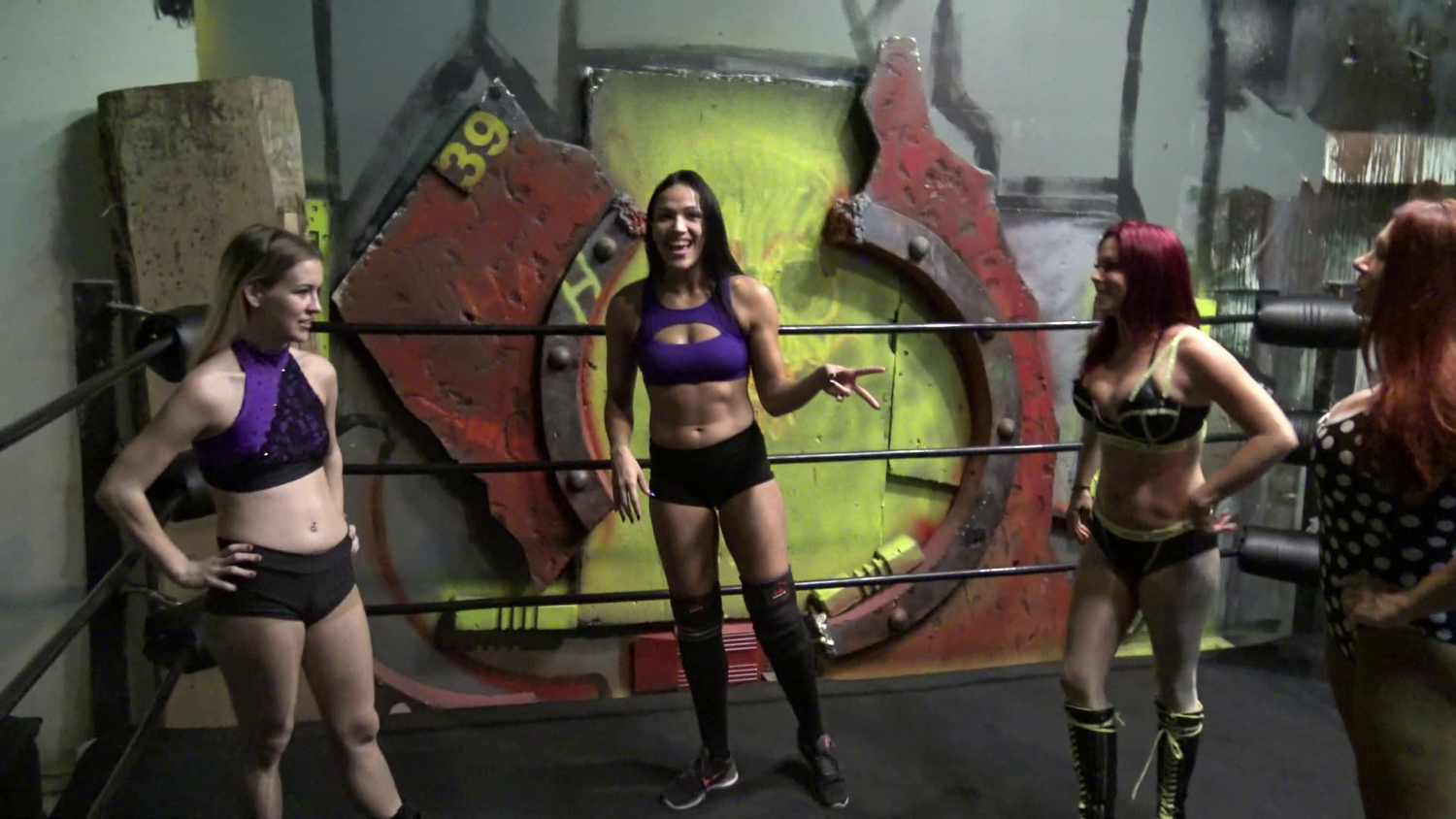 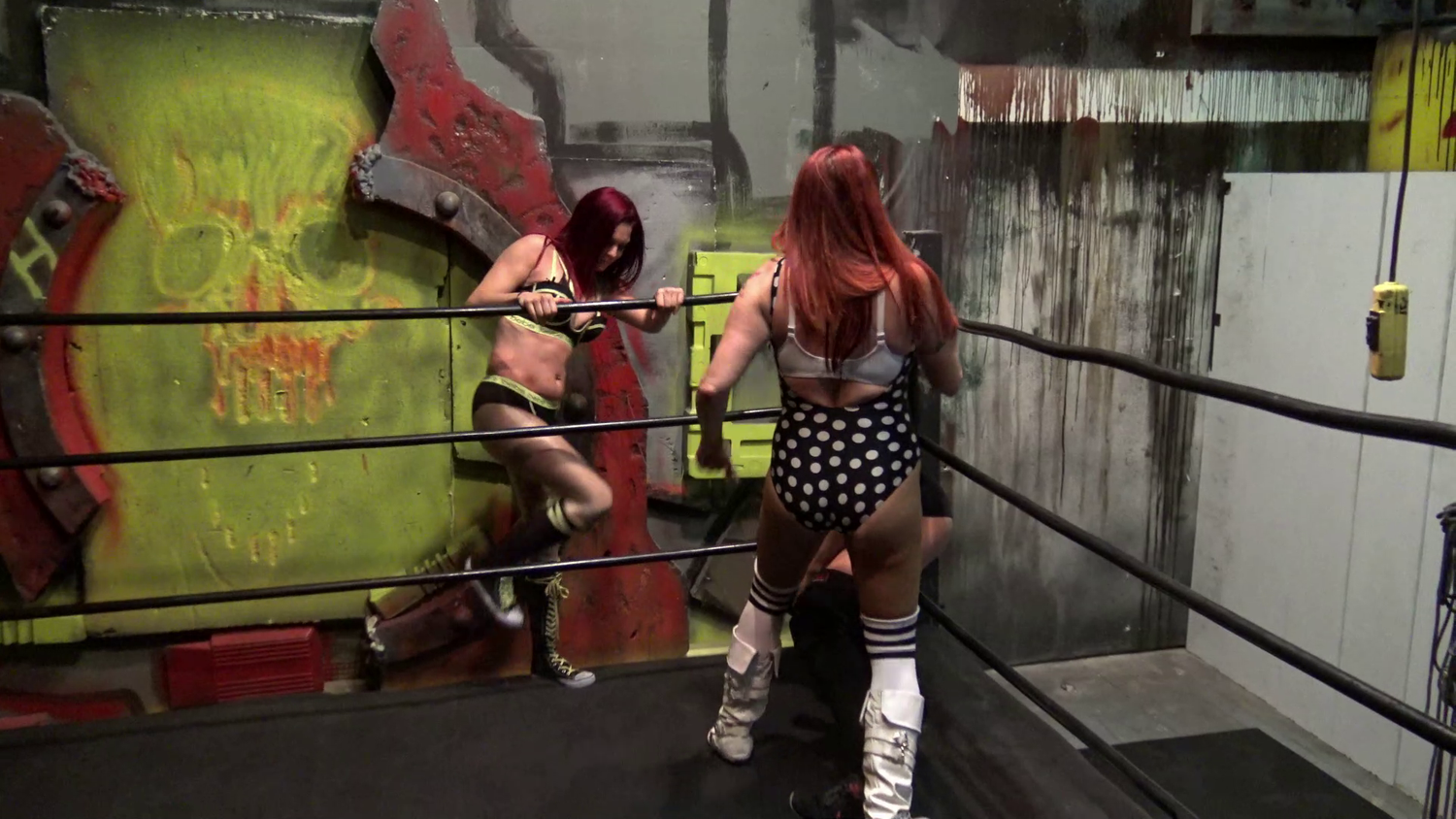 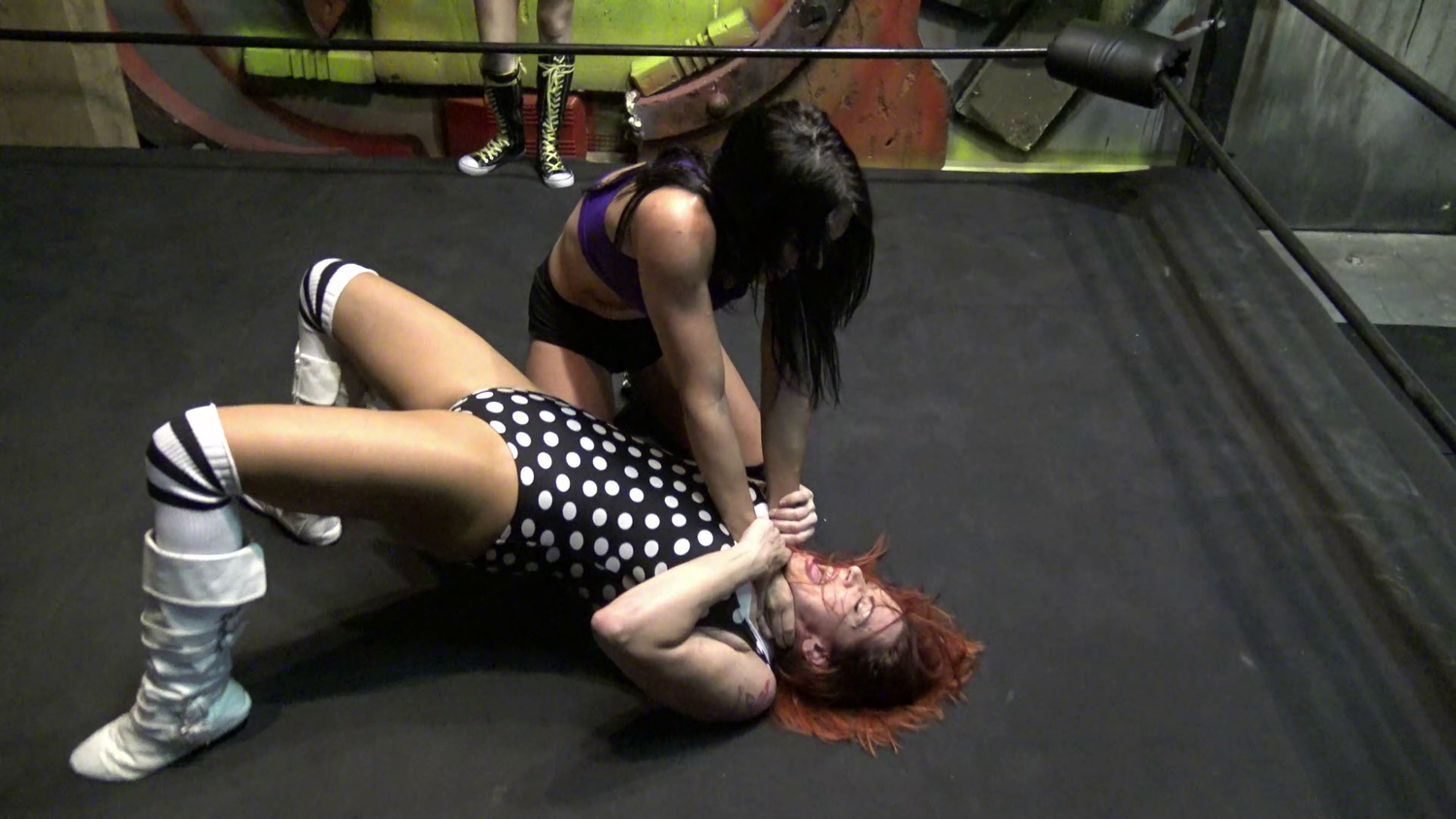 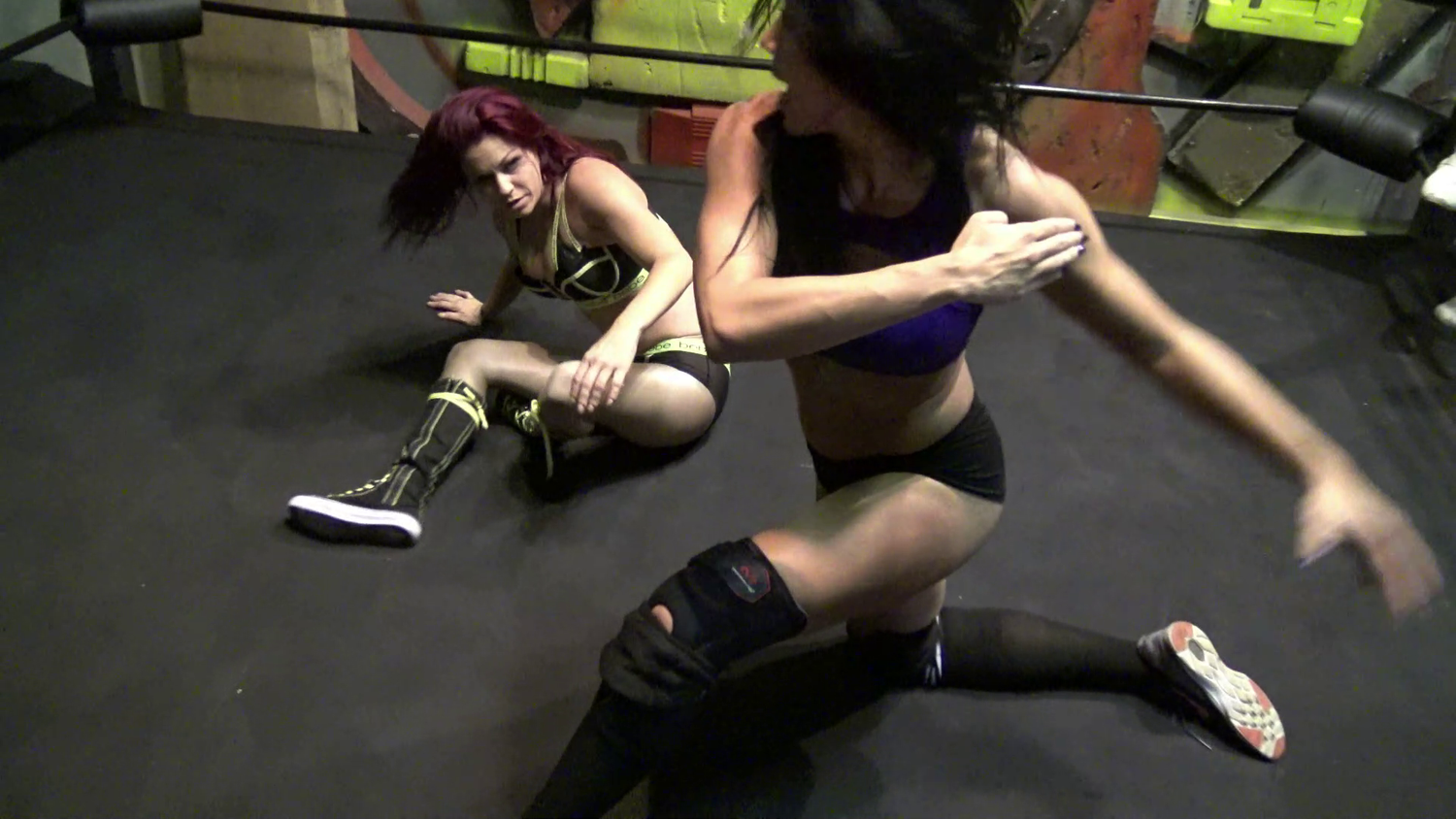 In a battle of dueling hair colors, younger brunettes Aria Blake and Salina De La Renta take on well-seasoned redheads Sarah Brooke and April Hunter in a tag team war in “Redheads vs. Brunettes”! Neither are very fond of the others’ hair and make no bones about the fact! Needless to say, that in addition to Aria and Salina not thinking much of Sarah and April based on their ages, makes for a lot of pride to be at stake in this one!

This match is really physical, as both pairs enter it with just a tiny bit of a chip on their shoulder! There’s numerous Kicks, Slaps and Punches delivered, along with lots of Low Blows, vicious Hair Attacks, Choking and much more! Which duo eventually emerges from this highly intense battle victorious over the other and proves their hair color to be superior? Watch for a little extra circular activity after the match, as the winners decide to inflict a little more punishment to the woman that takes the loss for her team before things completely wrap up!

A bitterly fought tag match for honor, respect, ego and hair! It’s a good one for the smash mouth wrestling fans out there!